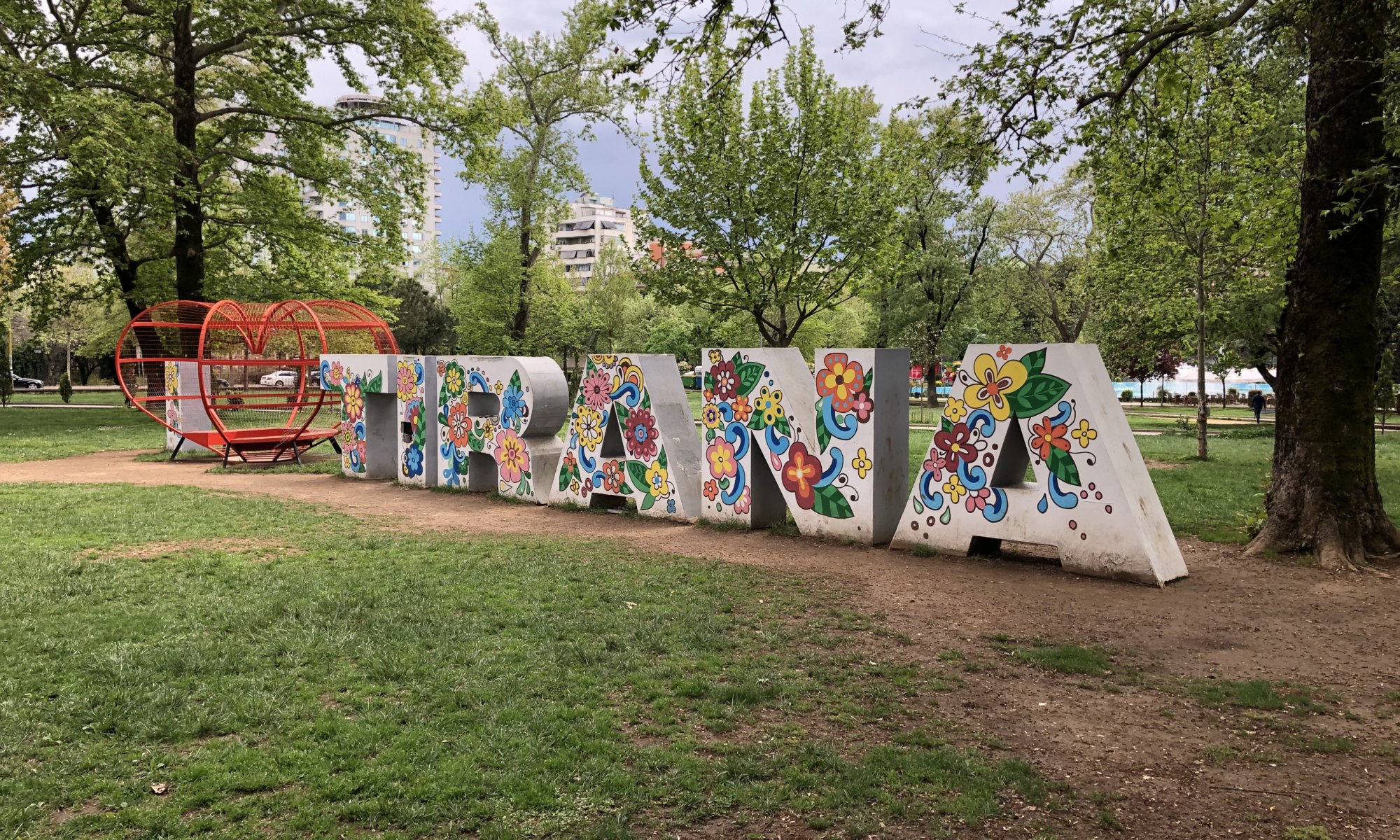 Getting to Tirana, Albania was a great experience. I selected this place as I was last time in Sarajevo, Bosnia and Herzegovina and it felt as the logical next step. Western Europeans have strange prejudices about Albania, most often connected with organized crime and corruption. And some days before my flight a plane of my chosen airline was blocked at the airport of Tirana and the money transported with it was stolen. Not a good omen.

When I arrived there I always felt secure and welcome. I had underestimated how strong the influence of Italy was here – there are many Italian cultural institutions at Albania and a lot of Italian products are sold here; including my beloved Chinotto drink. Even the language is quite understandable if you speak Italian: words like ‘ambasada kineze‘, ‘autoshkolla‘ or ‘kafe makiato‘ don’t rise the need for a dictionary. If you want to cross a street on a zebra crossing you’ll have to behave like in Roma – just be brave and walk, the traffic will float around you.

Until 1991 travelling to Albania (Shqipëria, language code sq) was no fun, you had to take part in a state-controlled tourist program. When the communist regime fell travelling became possible but not too many western Europeans have discovered this country as a good travel destination yet. What a pity! Tirana is a giant city but also much more beautiful than others in the region. The houses are painted in different colours and street art can be found quite everywhere in the center. And the communist past has been documented and understood like in not many other countries.

The best point to start is the central Skanderbeg square. Here you will find many cultural institutions, the ancient Et’hem bey mosque, the clock tower (Kulla e Sahatit) and also the Albanian national history museum with the fantastic mosaic in front. If you’re looking for the best city quarter for night-time entertainment you should go to Blloku; here you will find life and bars at night – and also the tiny gallery for contemporary art (ZETA).

What you will see everywhere are bunkers that the communist regime created after it destroyed the connections to the former friends in the east. Two of them are now museums: the fallout shelter of communist leader Enver Hoxha is now Bunk’art and you can learn there about fascist and communist times (but it’s quite outside of the city center). The bunker close to the ministries is Bunk’art 2 where the history of police forces and the secret service (Sigurimi) is told. Both a definitely worth a visit – and you should also check out the House of Leaves which was used by German Gestapo and Albanian Sigurimi.

A wonderful art gallery is the Galeria Kombëtare e Arteve (national gallery). It shows works of Albanian painters and especially works of social realism. In front of it you can find a special artwork called REJA (The Cloud). In the backyard you can find the statues of Lenin, Stalin, Hoxha and friends which were removed when the political situation changed. An interesting building is also the piramida – a giant pyramid which served as an Enver Hoxha museum, later as a cultural center and which is right now a ruin.

In the city centre there are also newer religious buildings like the orthodox resurrection cathedral or the catholic St. Paul’s church. If you want to relax a little bit you can take the ropeway called Dajti Ekspres into the mountains or have a long walk through the great park and around the artificial lake created next to the city. Next to that you can discover the martyr’s cemetery, the zoological garden (which is in bad condition) and a botanical garden.

Tirana offers quite everything you want to have while travelling. Nice bars and coffee bars, good restaurants and also giant shopping malls like Toptani or The Ring. If you need a good place for sundown a would recommend the bar and rotating restaurant on top of the Sky tower – I went there multiple times to enjoy the great views and local beers.

When being here you will definitely get to know the two national heroes: Skanderbeg, who was fighting against the Osmans and after whom the central square is named and Mother Teresa, the Saint Teresa of Calcutta whose parents came from northern Albania. Currency is the Albanian Leke (ALL) which you’re not allowed to import or export – I never had that before. Travelling through the city needs a little bit of preparation. The busses show only the target destination and it is no so easy to find the right stop to exit. But therefore a trip only costs 40 Leke – tickets are sold inside the bus by a person walking around, not the driver.