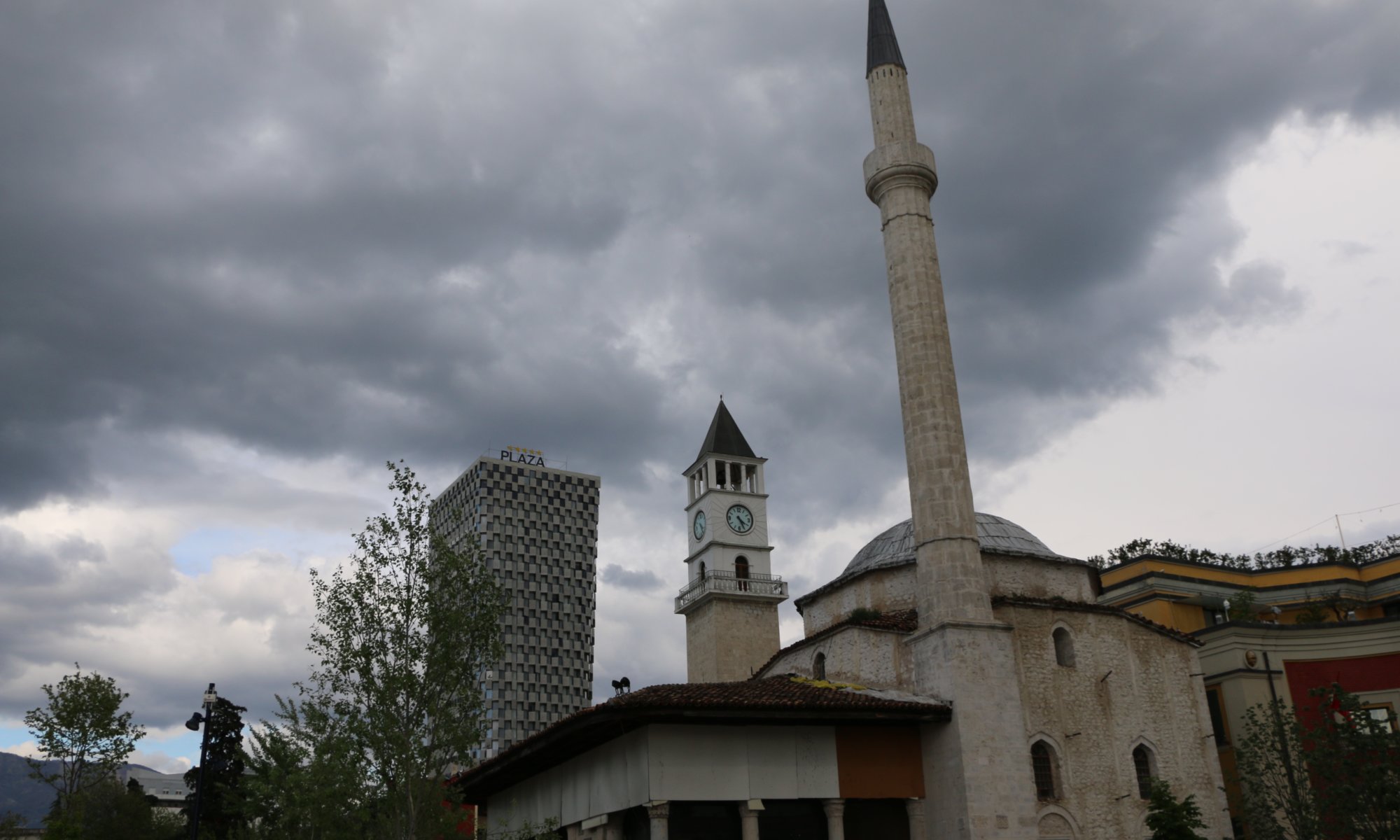 The Et’hem bey mosque (Xhamia e Et’hem Beut) is a highly decorated tiny mosque in the center of Tirana, Albania – next to the Skanderbeg place (Sheshi Skënderbej). It was built between 1794 and 1821 and is a typical example of an ancient mosque with only one cupola. The mosque is much too small for such a house of prayer in the center of a capital city – but it will remain as it has its place in history.

During communist times the mosque was closed (from 1976) on as Enver Hoxha wanted to create an atheist state. In 1991 it was reopened without official allowance and many people wanted to see the Et’hem bey mosque, it must have been a deep desire. Normally you can visit the mosque if no religious service is ongoing and would have loved to see the decorations and the paintings showing Istanbul, Turkey – but during my visit there was a construction fence around the building and no possibility to enter.