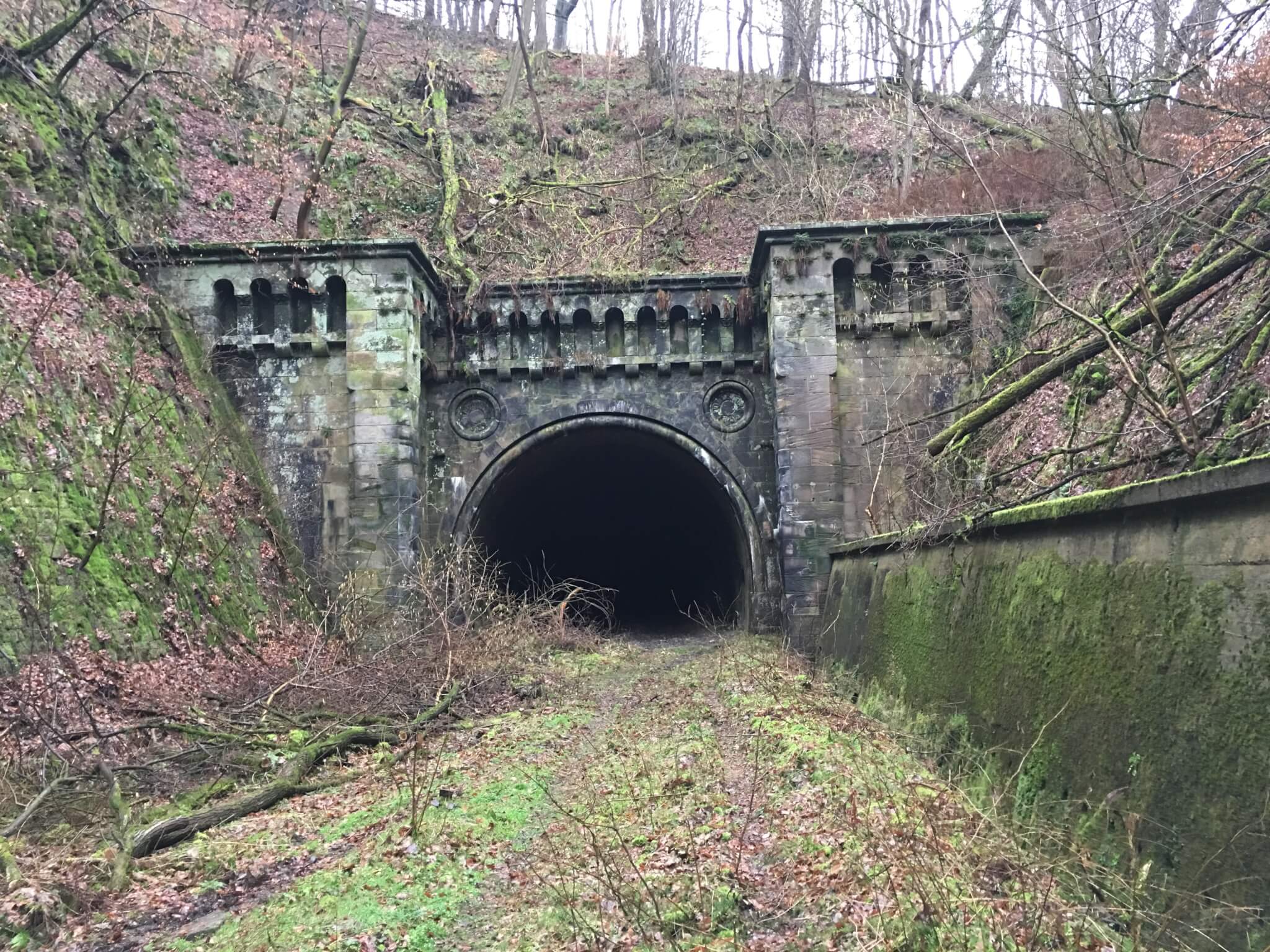 The city of Hann. Münden, Germany was once the most southern river harbour of the Kingdom of Hanover. That is why King George V. extended the existing railway track from Hanover to Göttingen (“Hannöversche Südbahn”) further on to Hann. Münden (and later to Kassel). To stay on the territory of the kingdom, a route had to be chosen that wasn’t easy to build and operate.

From Göttingen the trains passed Ellershausen, Dransfeld, Oberscheden and Volkmarshausen before reaching Hann. Münden. The track contains a part with a maximum inclination of 18 % (“Dransfelder Rampe”) and the first and only railway tunnel in the Kingdom of Hanover near Volkmarshausen. Before reaching the railway station of Hann. Münden a branch led down to the harbour (“Weserumschlagstelle”)  for the exchange of goods.

The railway track was opened in 1856, but already in 1866 Hanover was conquered by Prussia. Therefore in 1876 a new route passing a small town called Eichenberg was established that was geographically much more sensible – and that is in operation until today. The connection via Dransfeld has been finally closed between 1980 and 1995.

Today, the parts close to Göttingen are prepared and used as a bicycle route. You can follow the tracks and explore old train bridges and look out for old railway stations. On the other side in Hann. Münden there is still the old railway bridge that is closed and unused. And: the one and only railway tunnel of the Kingdom of Hanover is even still there, in Volkmarshausen (near Hann. Münden).

It has been built between 1852 and 1855 and is still in quite good condition. The rails have been removed but you can easily pass through the tunnel. At the one end there is still the old stop of Volkmarshausen and you can see the platforms and street lights (only the wooden waiting house seems to have been removed in the last years).

If you want to visit the tunnel you can go to Volkmarshausen and park your car close to the cemetery. Pass the war memorial and walk a small path up the hill (on the right side). You will easily find the old railway stop. After passing the tunnel you should take the stairs on the left side and follow the path – it will guide you back to Volkmarshausen.

Hint: At Hann. Münden you can still find the old routes of the tracks – one going to Göttingen, one down to the harbour: