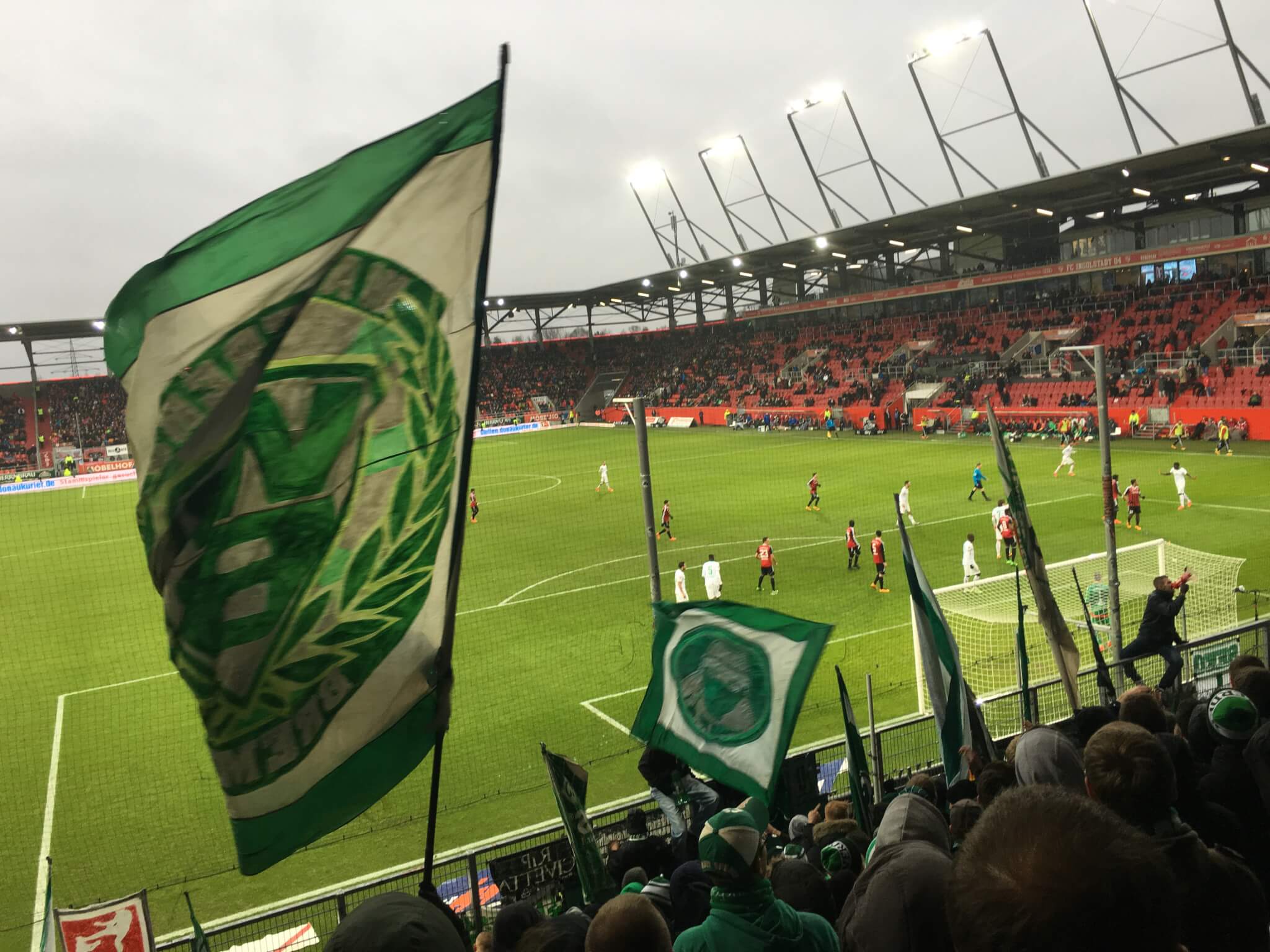 Soccer is about tradition. About clubs with a long history. Clubs founded in 1899 – or something around that time. But nowadays in the German Bundesliga there are more and more artificial clubs funded by companies. A dangerous trend that can easily damage soccer as we know and love it.

It all started with Bayer 04 Leverkusen, the proud “Werkself” of the chemistry giant. It got worse with the VfL Wolfsburg financed by car producer Volkswagen, 1899 Hoffenheim and software factory SAP or RB Leipzig relying on a big energy drink producer. And there is FC Ingolstadt 04, backed by the locally dominant car producer Audi.

The FC Ingolstadt 04 was created by the fusion of two local sports teams in 2004 (!). It is a club with nearly no history. They call themself “Schanzer” – because the city of Ingolstadt became official fortress (the “Schanz”) of the state of Bavaria in 1537. As Audi is financing most things around the team their stadium is called “Audi Sportpark”, documenting the high dependency of the club.

The stadium is in use since 2010 and has space for 15.000 supporters. I’ve been there and it stands against everything I’m expecting from football. It is in the outskirts of Ingolstadt, even behind the motorway. It is in no-man’s-land and looks like the product of a marketing campaign. They stage soccer as an event and show music videos in front of matches. And they solely sell alcohol-free beer to the guest fans.

Don’t go there. And don’t support artificial soccer clubs like this.