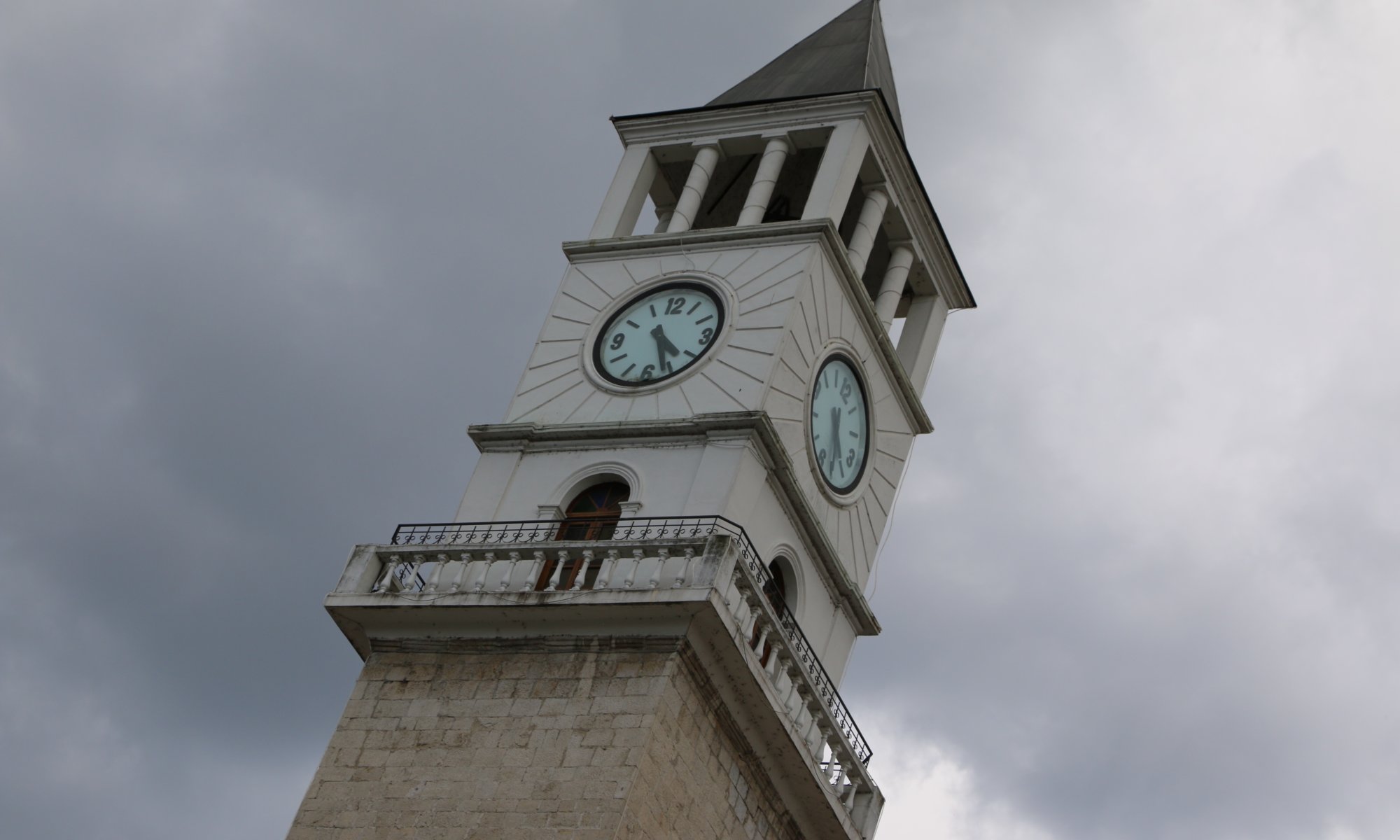 People on the balkans seem to love clocktowers. They can be found in many major cities and they are a symbol of Islam and demonstrate richness. A perfect example is the clocktower of Tirana, Albania (Kulla e Sahatit e Tiranës) located next to the Et’hem bey mosque and the Skanderbeg square. It is shown in the city arms of Tirana and is an official cultural monument of Albania since 1948.

The tower was built between 1822 and 1830 with donations of rich trading families. It is 35 meters high and was until 1970 the highest building in Tirana. In the beginning it had Italian flavor: it contained a bell from Venezia, Italy and a cupola designed after those of the Basilica di San Marco. Later the bell was replaced with a clock from Germany, currently a Chinese model is used.