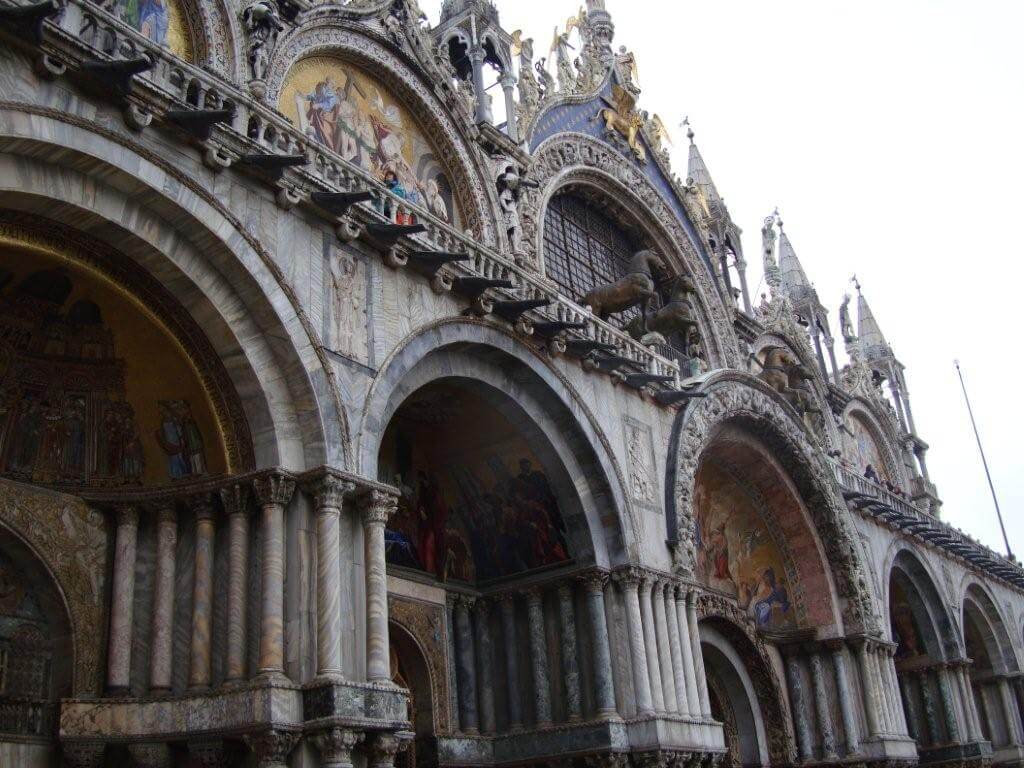 The Basilica di San Marco at the Piazza di San Marco, next to the Palazzo Ducale in Venezia, Italy was the state sanctuary of the republic of Venezia until its end in 1797. It’s an important church and the place where Franz and Elisabeth married – geek side note for fans of the monarchy.

It was built until 832 with five cupolas on the roof. The building is wonderfully decorated outside and inside; you can find a depictation of the Last Judgement and four horses stolen from Constantinople during the last crusade. It contains the remains of San Marco.