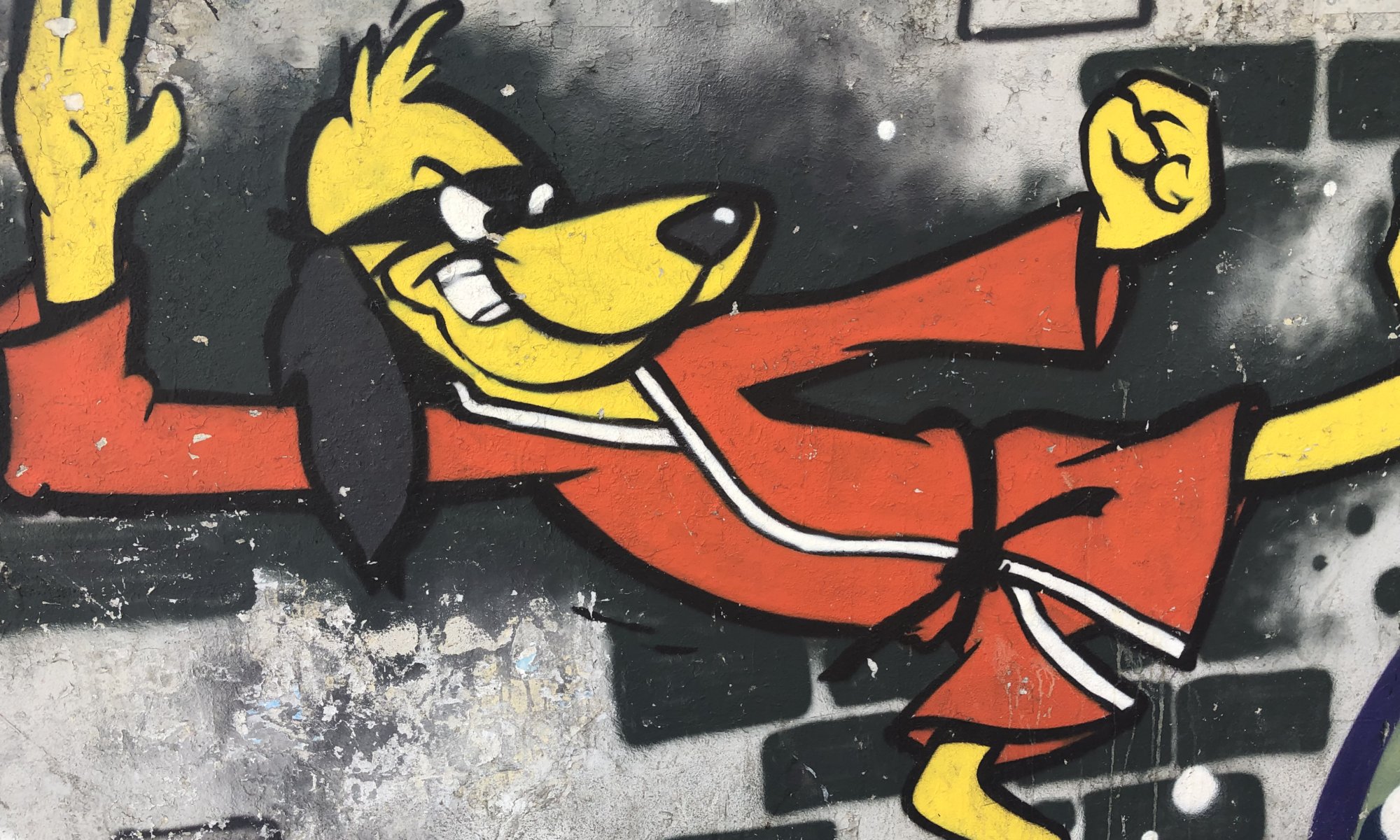 If you’re arriving at Tirana, Albania and know other cities of the balkans than you immediatly recognize a big difference: you don’t see the typical gray of concrete, but many colourful houses. That is the result if you make an artist the mayor of a city. Edi Rama from the socialist party was mayor of Tirana between 2003 and 2011 and supported to make the city a colourful place.

Throughout Tirana you will in addition find many well-made graffiti, often in large scale. And what you can’t overlook are the nicely painted distribution boxes standing at the streets. You can find some with the faces of important persons like Albert Einstein or Salvador Dalí and references to Batman, Donald Duck, Micky Mouse, the Simpsons, Alice in Wonderland, the Wizzard of Oz and many more.

One Reply to “Street art”