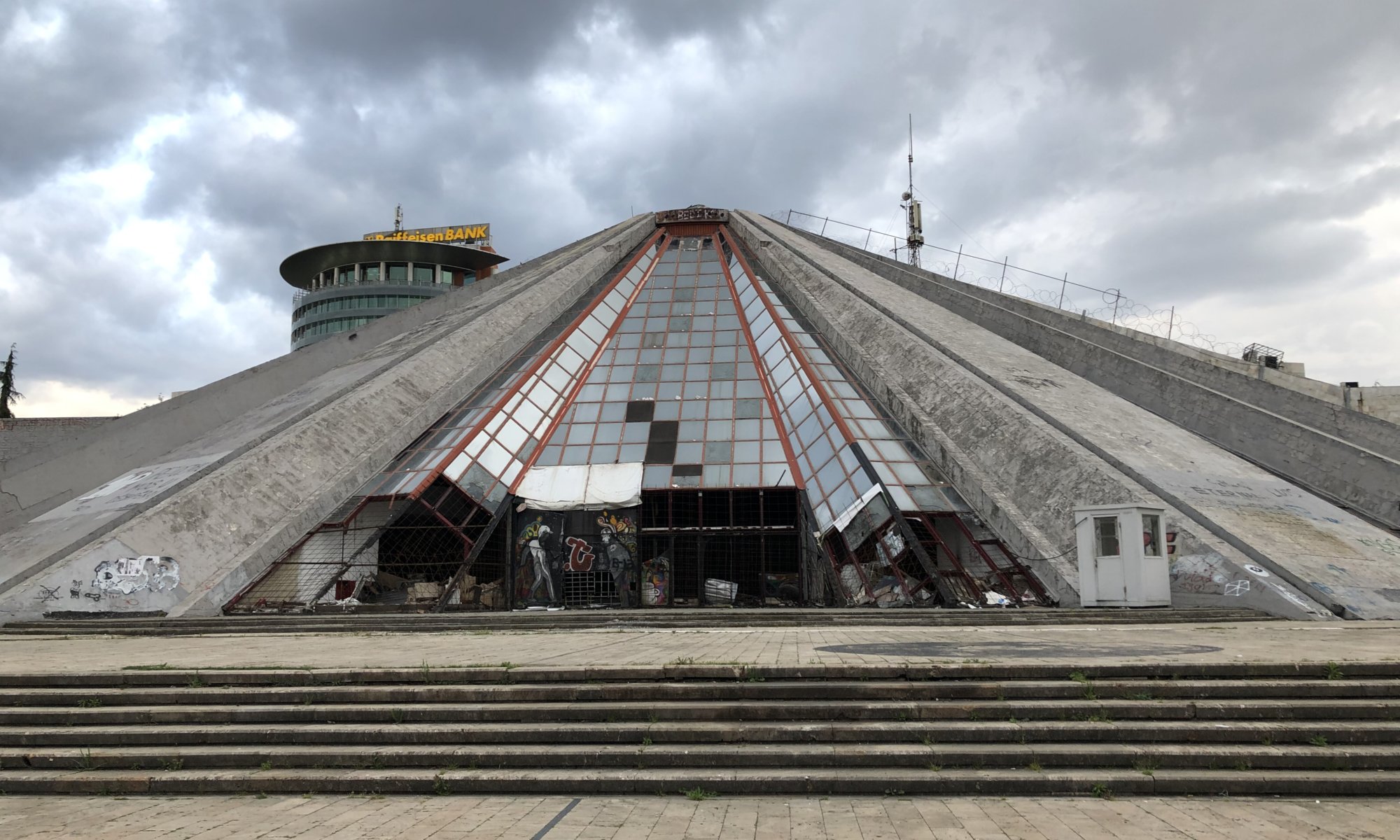 The pyramid of Tirana, Albania is a ruin at the city center: it was supposed to be teared down to make place for a new parliament building – now it is planned to be a youth centre, but yet no progress is visible. It was opened in 1988 is a museum about the former leader Enver Hoxha who died in 1985. On top of it there was a red star and red light illuminated its shape. It was the materialized personality cult arround Hoxha.

The building was designed by Enver Hoxhas daughter Pranvera and contained somehow everything he ever touched, a lot of photos and his personal vehicles. When the communist regime was gone the building was converted into an international culture centre including a bar and a club. Don’t miss the peace bell in front of the building: it was created out of shell casings collected throughout Albania and remembers the riots of 1997 – when a lot of Albanians lost their money because of a large-scale Ponzi scheme fraud.

One Reply to “Piramida”