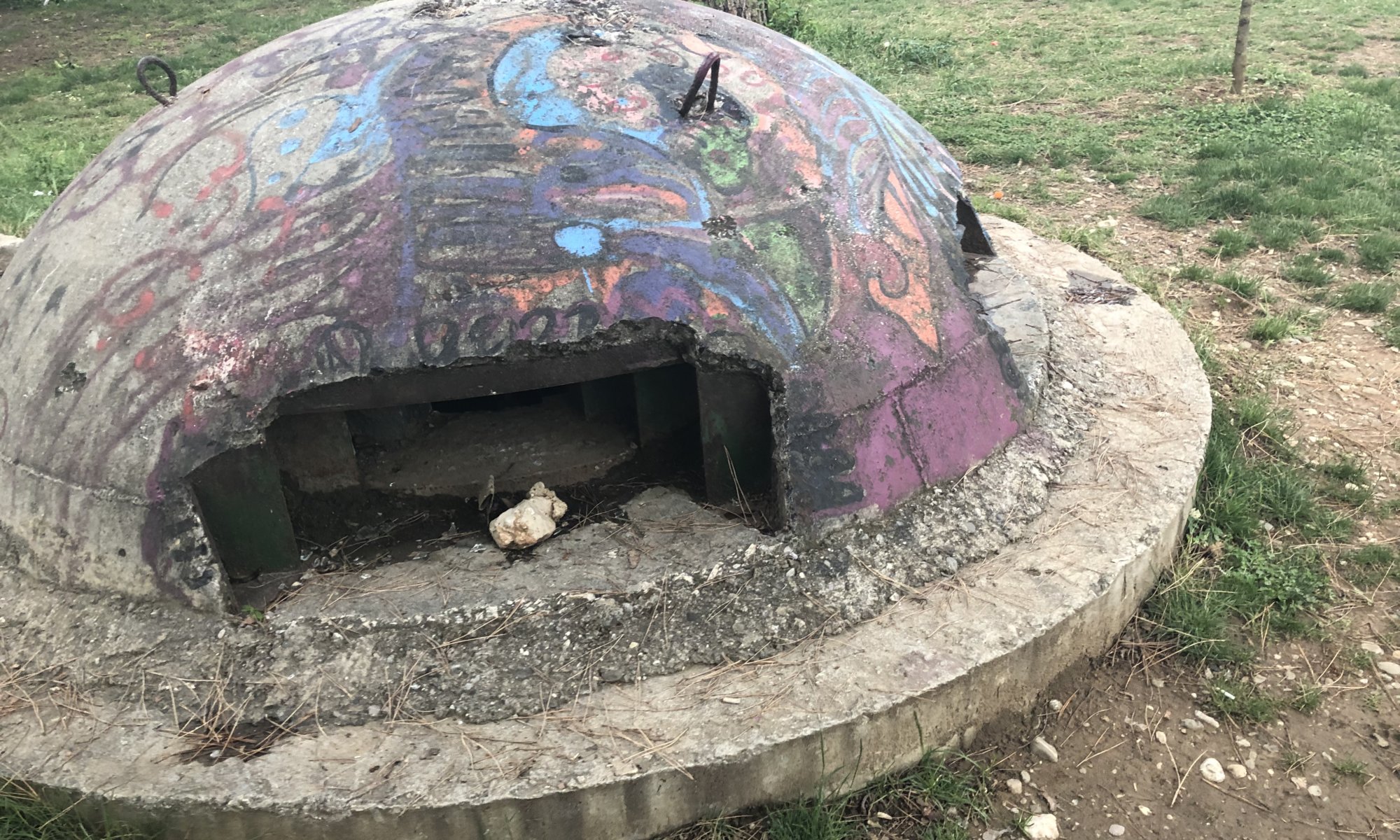 If you’re coming to Albania you can’t overlook the massive amount of bunkers built by the communist regime between 1972 and 1984. Even in Tirana these mushroom-shaped bunkers can be seen everywhere in parks. Special companies led by the communist party organised their creation and throughout the country there were once 168.000 of them – that’s one bunker for every eleven inhabitants.

Enver Hoxha and his party thought of them as one important element to defend the country. And the believed that they were really in need of them as Albania had left the Warsaw Pact and felt threatened by the countries in the East as well as the ‘imperialists‘ in the West. Today they aren’t used any more but the money to remove them doesn’t exist. Some have been reused as museums or special restaurants, most of them are unused or simply a garbage dump.

Three types can be separated from each other: the mountain, pit and building. An example for a bunker carved into a mountain is the most important bunker for the Enver Hoxha near the Dajti mountain. It is now open to the public as a museum (about fascism and communism at Albania) called Bunk’Art. It is a little bit remote. A pit-type bunker can be visited close to the regimes institutions in the city center, which is called Bunk’Art2 (a museum about police and secret service in communist times).