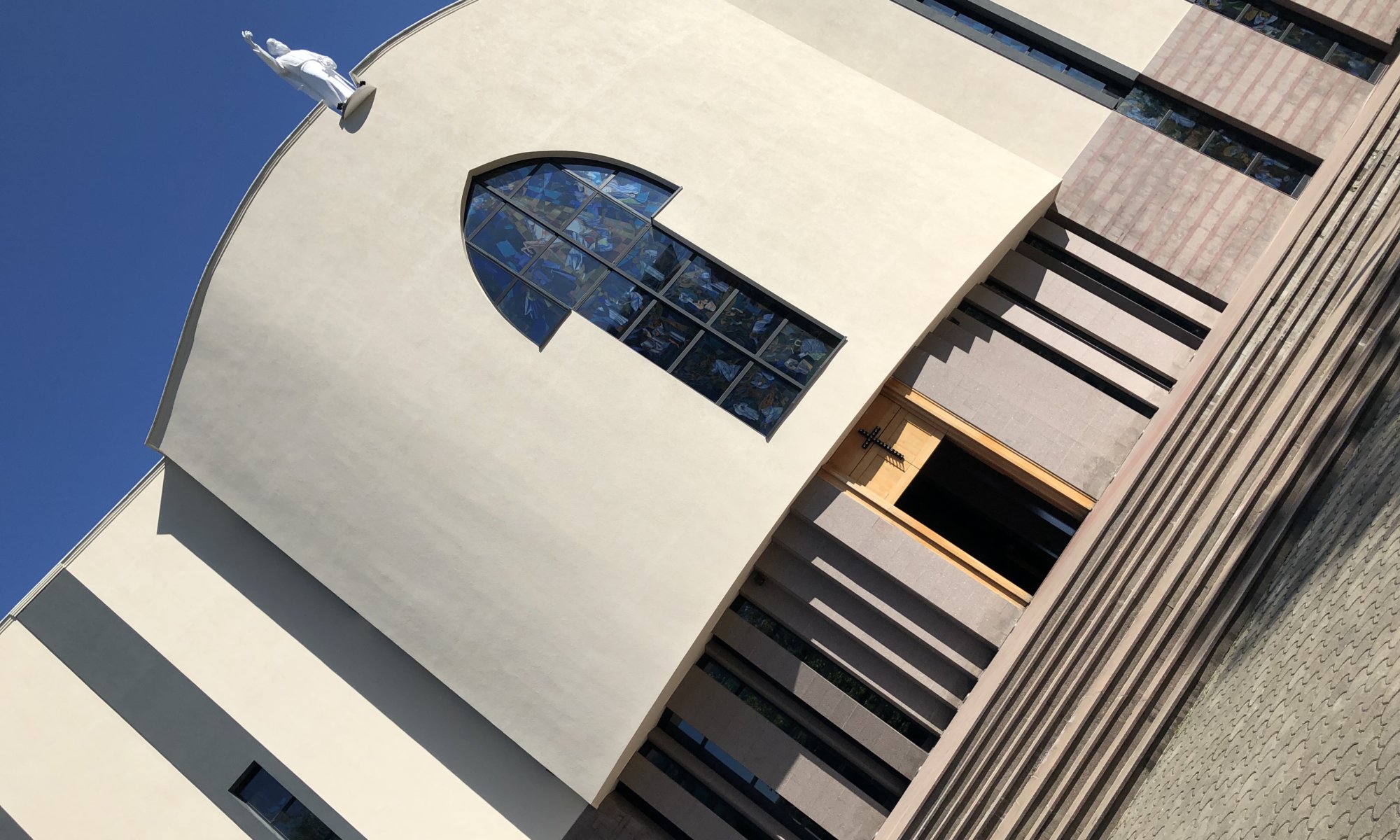 The Katedralja Katolike Shën Pali at Tirana, Albania is one of the two catholic churches in the centre of the city. It is a modern one from 2002 and isn’t as decorative as older catholic churches. It is named after apostle Paul as it is said that he was preaching in the region of Albania while he was travelling through the Roman empire.

If you’re close-by you should make a short visit to see the statues of Paul and Mother Teresa in front of the building and the wonderful glass windows showing Mother Teresa and Pope John Paul II. Within the church you can see further artworks about Nënë Tereza and a crossed created from pictures of Albanian priests tortured under communist reign.