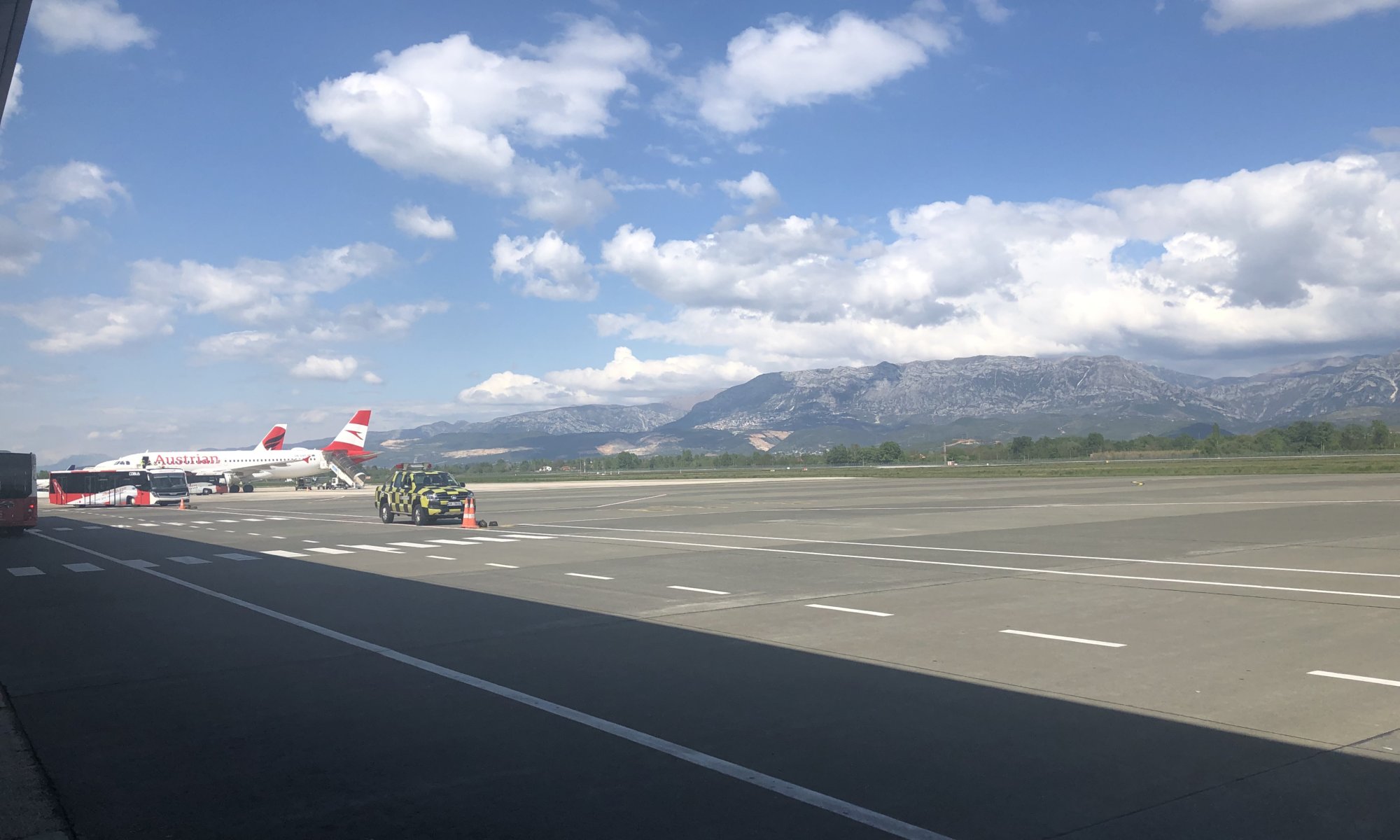 The airport of the capital city of Albania is located 17 kilometers outside of Tirana. It is the biggest airport of the region (which doesn’t mean that it is actually big), has one runway and transports nearly 3 million passengers a year. It was built from 1954 on and was always also used by the Albanian Airforce. In 2003 it was renamed in honour of Mother Teresa who’s parents came from Albania and who is a national hero.

Using this airport is fast and easy (especially because of its size). The airport is not connected by train or tramway to the city – you’ll have to use a taxi or an hourly running bus. A taxi to the city centre costs 2500 Albanian Leke (ALL) fixed price (which equals 20 Euros). Unfortunately all exchange offices closed after my flight landed; I therefore had to figure out how to get cash with my VISA card from an ATM, but also this worked out well.

Shortly before I wanted to go Tirana a robbery happened on the airport: a van drove in front of an Austrian Airlines machine that should transport money to Wien, Austria. The masked and armed thiefs succeeded with their heist and could escape. This shows that Albania still has a problem to solve with organized crime…

One Reply to “Aeroporti Ndërkombëtar i Tiranës Nënë Tereza (TIA)”