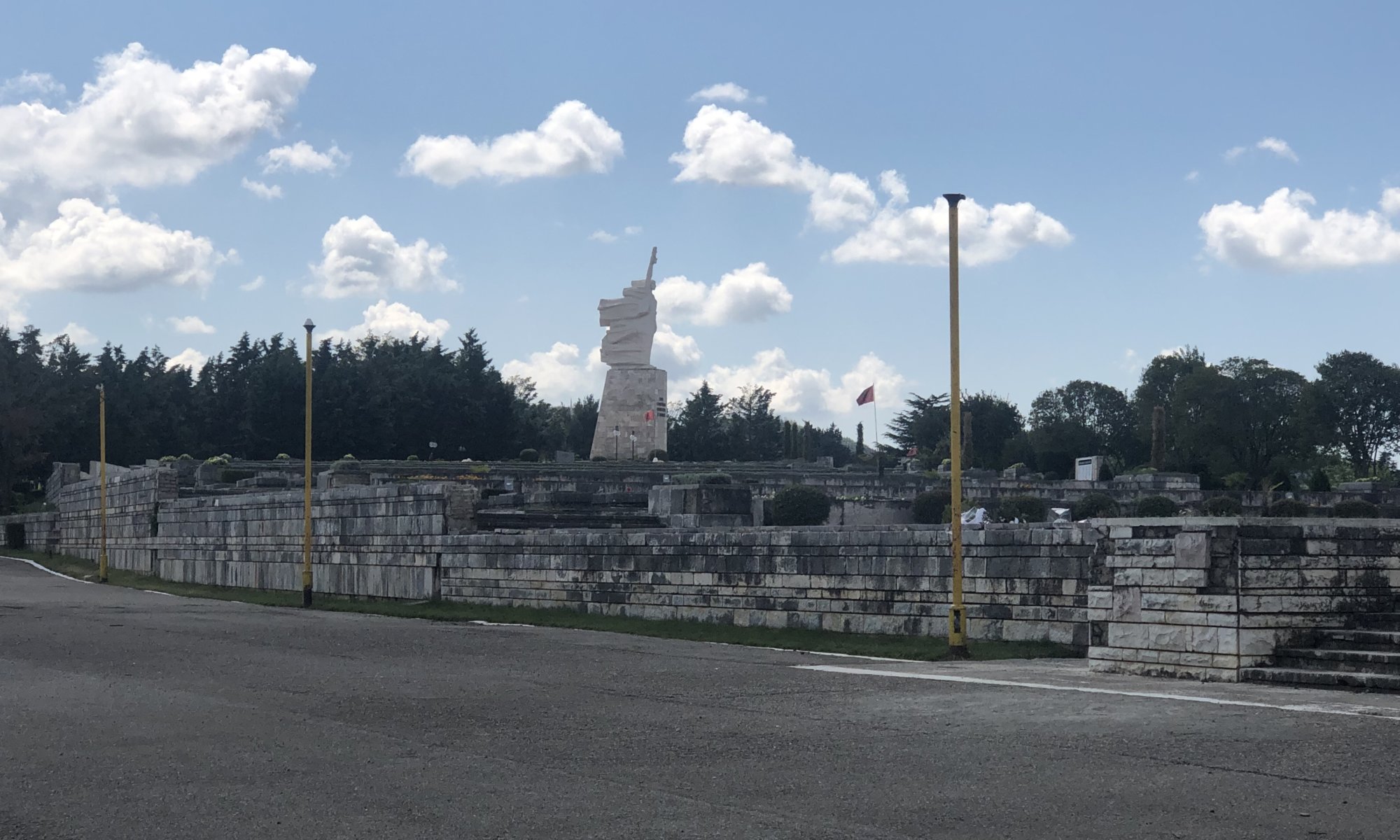 On a hill in the southeast of Tirana, Albiana you can find the martyr’s cemetery or partisan’s cemetery (Varrezat e Dëshmorëve të Kombit). It was created for the partisans that fought against the occupation forces in World War II (Germany and Italy). 28.000 graves can be found on the hill. Communist leader Enver Hoxha was also buried here but later brought to a more humble graveyard.

Getting up to the cemetery is especially interesting because of two things: on the one hand you can have very good views on the city and the mountains from there as this place is located high above the city. On the other hand there is a giant statue which can be seen already from far away: Nëna Shqipëri (‘Mother Albania‘), a 12 meters high impersonification of the country. It was created in 1979 and the words ‘Lavdi e përjetshme dëshmorëve të atdheut‘ on it mean ‘Eternal glory to the martyrs of the fatherIand‘.

Don’t try to walk on foot up the hill. I did it. It wasn’t a pleasure. Take a taxi or a bus.

One Reply to “Martyr‘s cemetery”