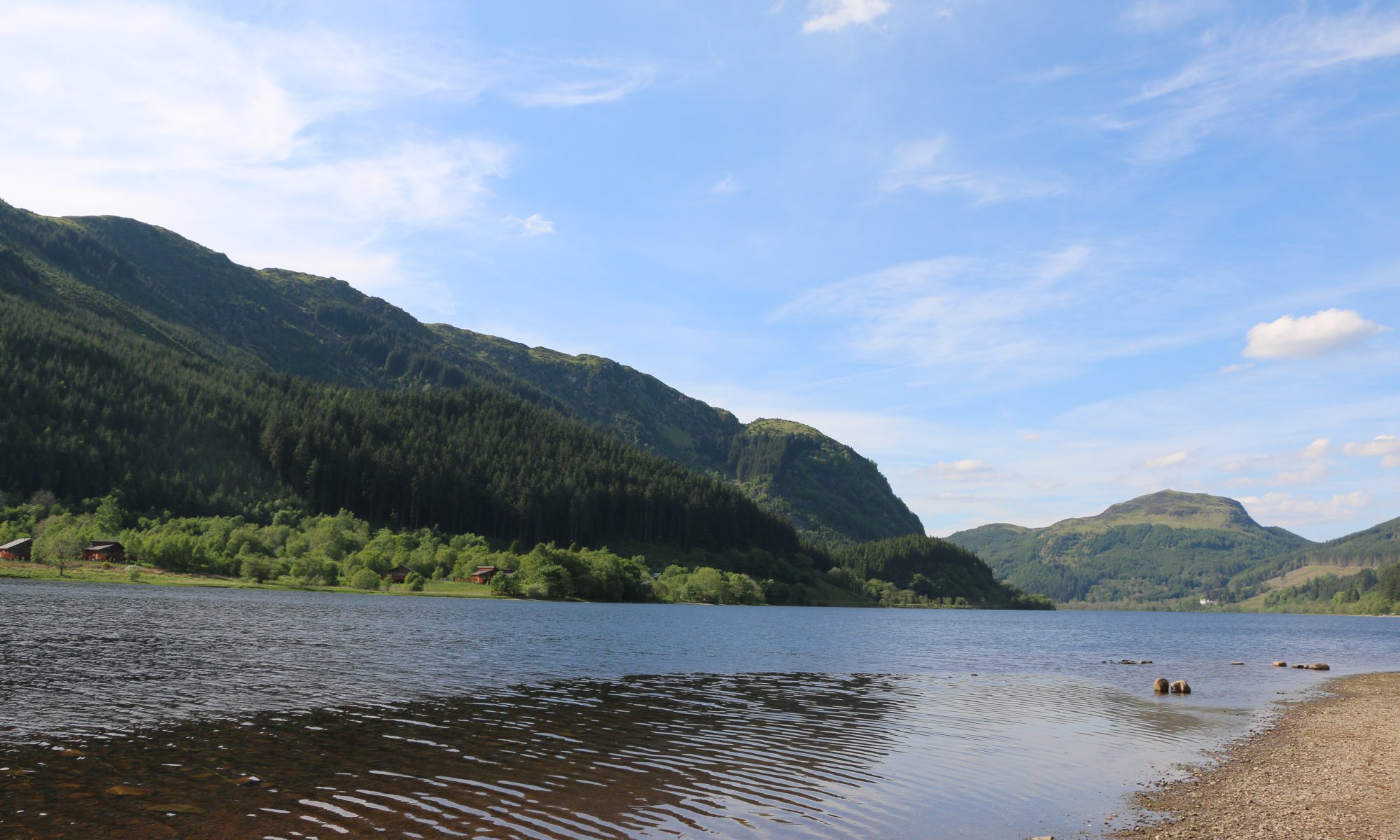 It is one of these trips you remember your whole lifetime. We had four free days because of Ascension Day and decided to have a short trip to Scotland – including a full day in Edinburgh and a roadtrip through the highlands up to Loch Ness and the Isle of Skye.

We booked four flights with British Airways via London-Heathrow, reserved hotel rooms and ordered an iconic MiniCooper to explore the country. And in the beginning all went well: we reached all our trains to Frankfurt airport, got on the plane and reached London in time. Even the fact that my fiancé forget her pocket knife in her hand baggage and got an additional security inspection didn’t stop as from reaching Edinburgh in time.

We took a taxi to the Mercure Haymarket hotel a bit outside of the city center. The next morning our first stop was Edinburgh castle which we could easily reach on foot. After exploring the castle grounds we took a long walk to the Royal Botanic Garden and enjoyed the sunshine. Especially beautiful was the Victorian Temperate Palm House and the many different plants from various climate zones.

Local transport in Edinburgh is based on busses. We took one of these to the Ocean Terminal and after having some food we visited the HMY Britannia – the yacht on which Lady Diana had her honeymoon. Afterwards we returned to the city center and went to the nice Princes Street Gardens underneath the castle, took a look at the  Scott Monument next to it and enjoyed some art at the National Gallery of Scotland.

In the evening hours we enjoyed the views from Calton hill, took some nice pictures and decided that the walk up to Arthur’s Seat would be nice, but that we wouldn’t make it in the hot weather. We decided to have a small pub tour and started at Andrew Usher & Co. close to the university where we tested some cider.  Along the vast greenfields near the university we continued to Bennets bar for some whiskey and ale – one of these wonderful dark pubs.

Next morning we returned to the airport to get a car. Unfortunately the ordered MiniCooper had an accident and Europcar equipped us with a Mercedes-Benz S236 instead. I thought that having a small car would be best when first time driving on the left side of the road and now I had a tank of a car. But all went well and we arrived at the beautiful Rosslyn chapel, one of the most fantastic churches I’ve seen in the world.

Later we continued to the region of Sterling and took a look at Doune castle – representing Winterfell in Game of Thrones. We enjoyed the magnificent landscape of the Highlands while driving to Loch Ness. We checked in at the nice The Inch Hotel, had a fantastic dinner and took a drink at The Bothy in Fort Augustus.

On the next morning we drove along Loch Ness to the ruins of Urquhart castle and discovered this great place. Going north-east we found the  Eilean Donan Castle on an island in a Loch and continued via the Skye bridge to the Isle of Skye – one of the pearls of Scotland. As the ferry back wasn’t operating as expected we had a long ride back to the mainland and the Glenfinnan viaduct used in the Harry Potter movies.

Standing there on a mountain we received the message that British Airways had a major outage at their data center and that no flights are living at Heathrow and Gatwick. I immediatly knew that this would bring trouble for us the next day. We went back to Edinburgh, returned our car and checked-in at the DoubleTree by Hilton hotel directly at the airport.

On the next morning at 3:21 we received the message that our flight was cancelled. We went fastly to the Edinburgh airport and tried to rebook – but we could only get the flight 24 hours later. That was a problem: we had to look for our five years old and we both would have to work the next morning. We started to organize everything, informed our employers and booked a hotel. What to do now? There was only one option: we took the tramway to our hotel, left the luggage there and continued sightseeing.

We went to the Palace of Holyroodhouse which was closed on our first day in Edinburgh, played at the fantastic Royal Museum and took the long trip to the Scottish National Gallery of Modern Art. And then it happened: Our flight on the next day was cancelled again by British Airways. After a fast decision we took a taxi to the hotel, grabbed our luggage, went with the taxi to the railway station, bought tickets for the train to London and went on a 4.5 hours long journey along the east coast of Scotland and England.

We arrived at King’s Cross station at quarter past 11 pm and headed to the subway for the last train to the airport. With a nightbus we reached terminal 5 where a lot of people were sleeping. A crazy chain of public transport (taxi, train, subway and bus) brought us there, but rebooking was only possible at 6 am. Luckily I was able to get a hotel room where we took a shower and slept two hours (at the new Premier Inn next to terminal 4).

In the morning we went back to terminal 5 and were booked on a flight to Frankfurt airport at 8 pm. Only 22 hours later than expected we arrived out home. In the end a nice trip through a wonderful country – and lots of trouble caused by an airline.