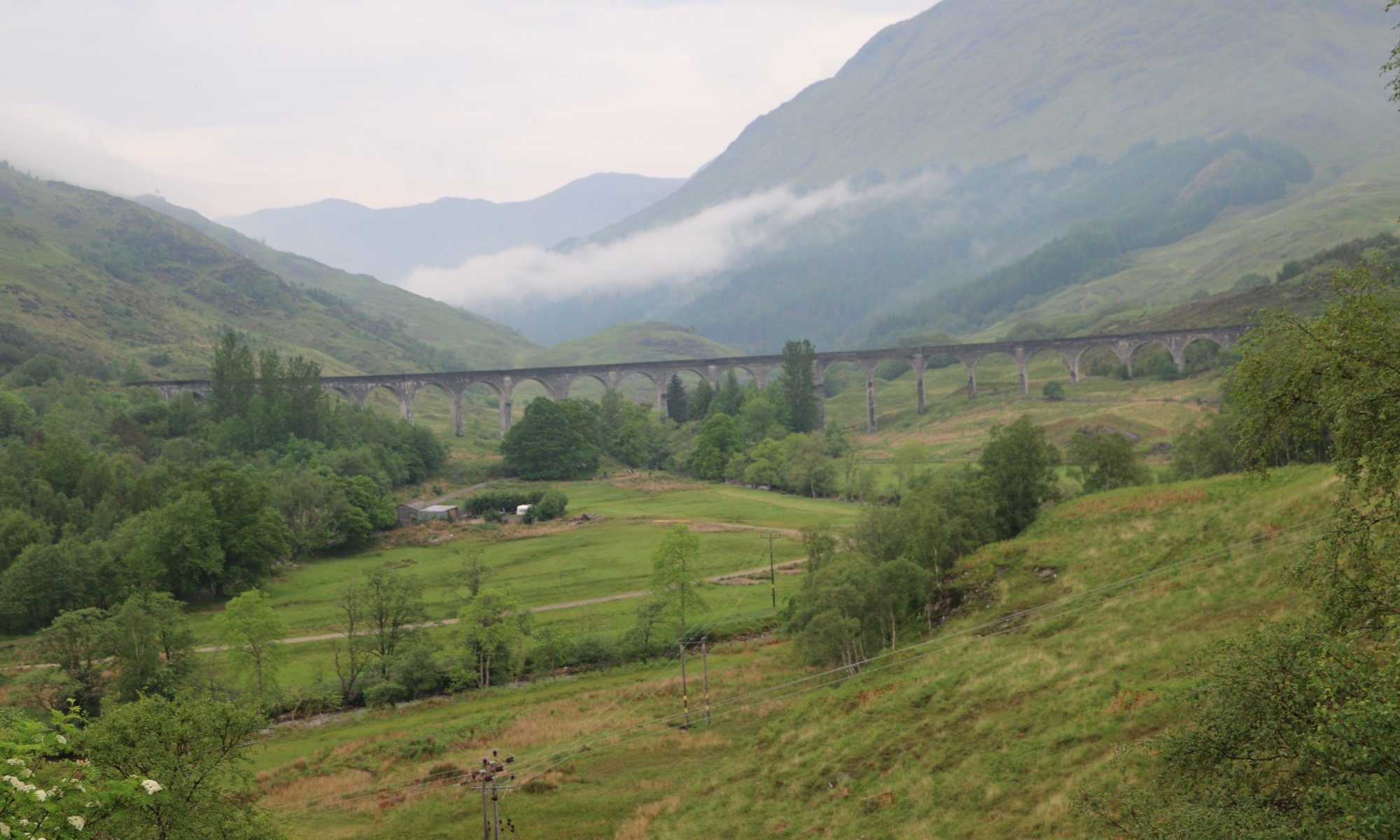 Close to Glenfinnan, Scotland you can find a famous viaduct used for the railway track between Mallaig and Fort William. It was built from 1897 on and is 380 meters long; the highest pillars are 30 meters in size. Formerly it was important to the fishing industry, today normal local transport trains and a special tourist train – “The Jacobite” – use the track.

The viaduct became especially famous because of the Harry Potter movies: The Hogwarts Express coming from King’s Cross station in London, England crosses the Glenfinnan Viaduct on its way to the Hogwarts School of Witchkraft and Wizardry in Hogwarts Castle. But also some other films like the movie about Erich Kästners “Lottie and Lisa” were filmed here.