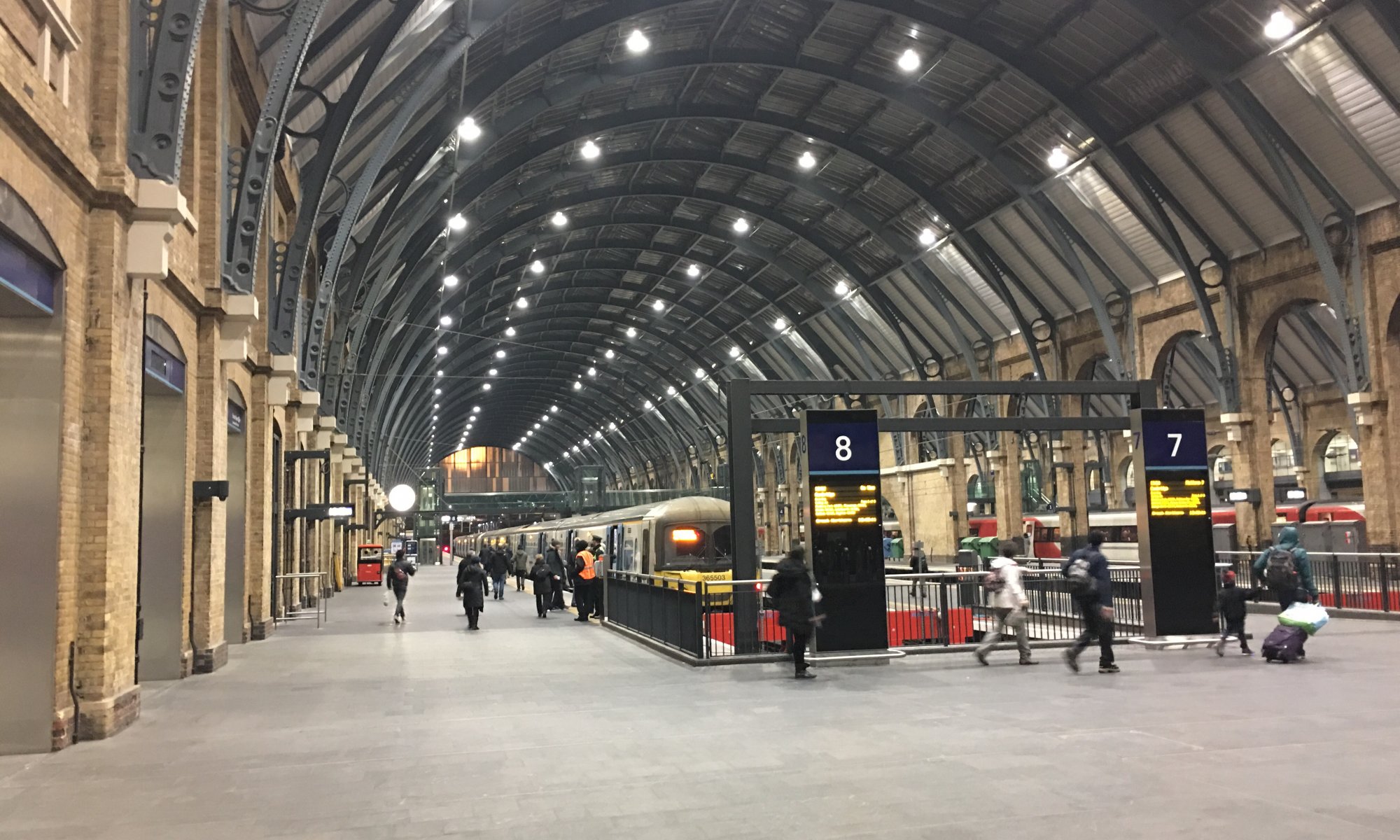 When J. K. Rowling published her award-winning Harry Potter books she gave a new meaning to the King’s Cross railway station in London, United Kingdom. Students of the Hogwarts School of Witchcraft and Wizardry take the steam engine Hogwarts Express from platform 9 3/4 of King’s Cross station. To reach this platform they have to push their trolleys into the wall between platforms 9 and 10.

Today there is a trolley stuck in a wall between those two plattforms – and most often there a long queues of people that want to take a photo there. Directly next to this place is the Harry Potter Platform 9 3/4 store where you can buy everything to show your support for Gryffindor, Hufflepuff, Ravenclaw, or (even if it is unlikely) Slytherin.