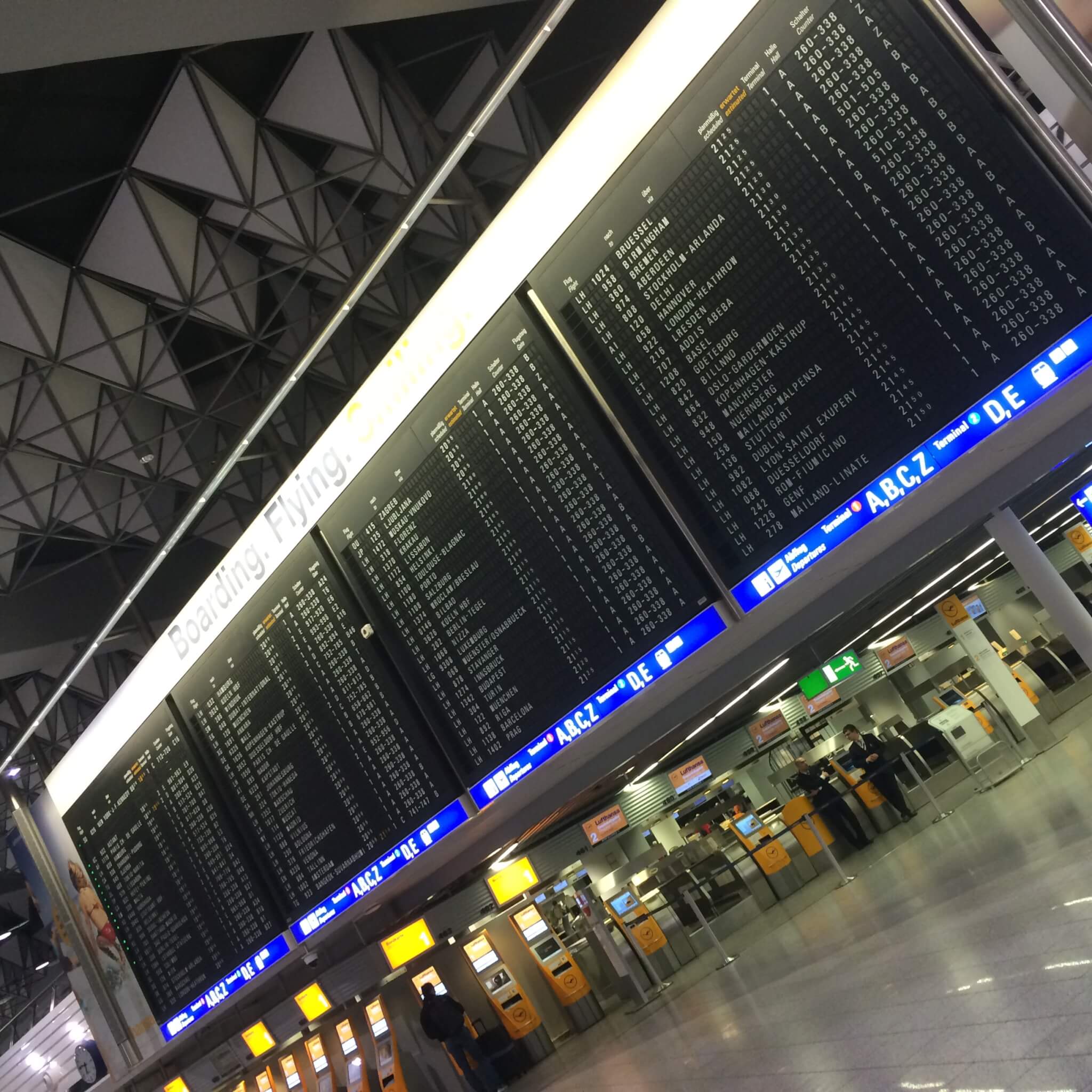 The Frankfurt International Airport can be found 12 km south-west of Frankfurt am Main. It is the biggest hub in Germany and I consider it my airbase. From no place in Germany you can reach so many destinations and nowhere you will find such a high density of flights. The airport is easily reachable by regional and long-distance trains which run from two different railway stations.

When using the airport you should consider two things: (1) Frankfurt International Airport is really big. You should plan enough time to get from the railway stations to the ticket counters and further on to the gates. (2) The airport has two terminals. Terminal 1 is used mainly by German Lufthansa and its partner airlines; the railway stations are connected to this terminal. Moving to terminal 2 can be done by bus (from terminal 1) or better by Sky train – an automated train running on the roof which is absolutely reliable and running quite often. The problem is that the entrance in terminal 1 is kind of hidden: you have to go to the main hall (behind the ticket counters) and take an escalator. The currently fastest way – if you arrive by train – is to leave the train station in the direction of the motorway (not the airport). Directly next to the railway station a shuttle leaves towards terminal 2 and it seems to be pretty unknown.