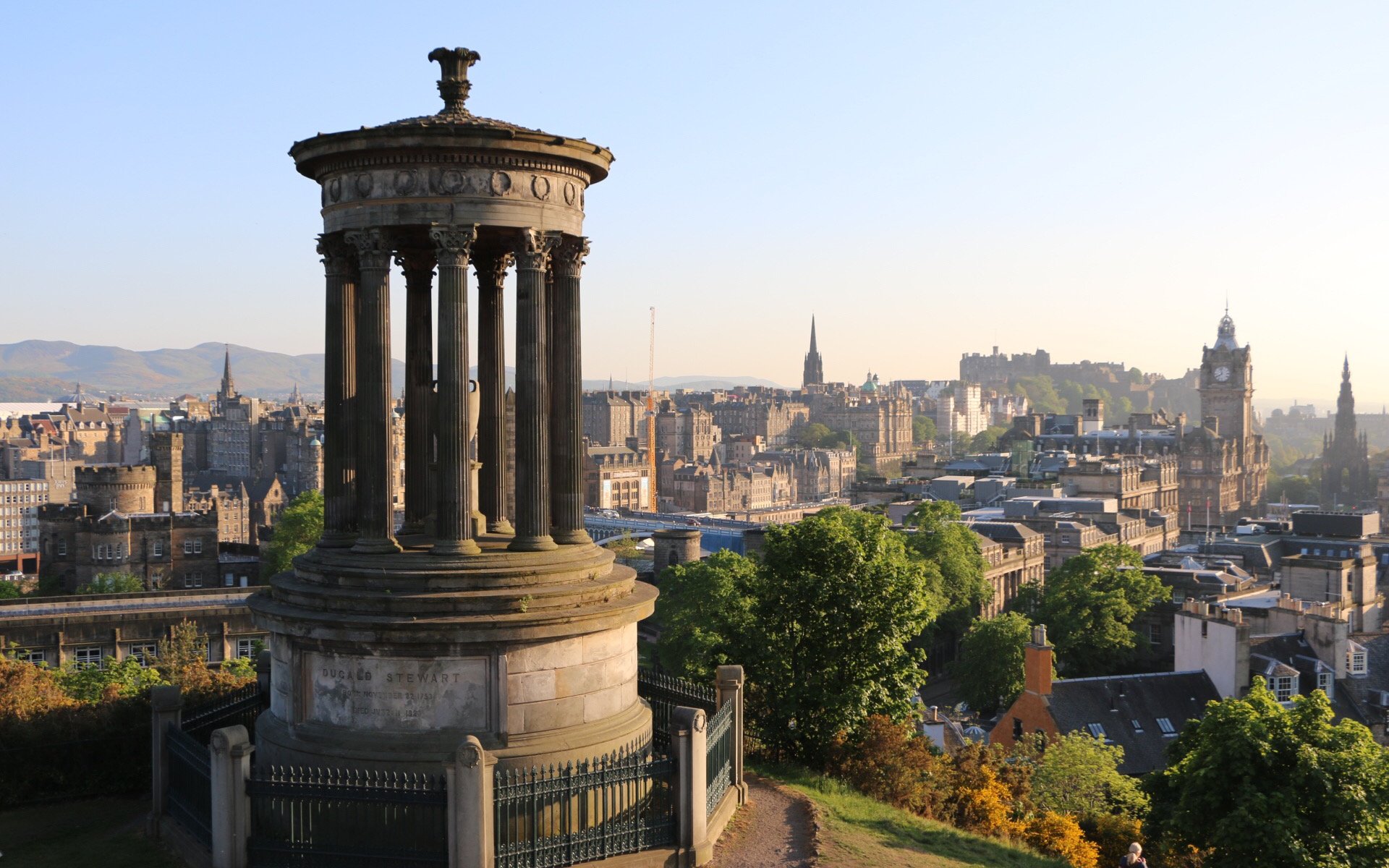 Calton hill is a hill in Edinburgh, Scotland not far from the city center. It was once the location of the city jail and is since 1999 the seat of the Scottish government. Tourists get up there to have nice views on the city center around the Royal Mile and Arthur’s Seat and to discover the different buildings on the hill.

You can see the National Monument – a reproduction of a Greek Parthenon, the Nelson Monument which is a commemorative tower (honoring Horatio Nelsons victory at the Battle of Trafalgar in 1805) and the Dugald Steward Monument for the Scottish philosopher – a circular monument found in nearly every advertisement about Edinburgh. Get here in he evening hours to have the most wonderful light!

One Reply to “Best views on the city”