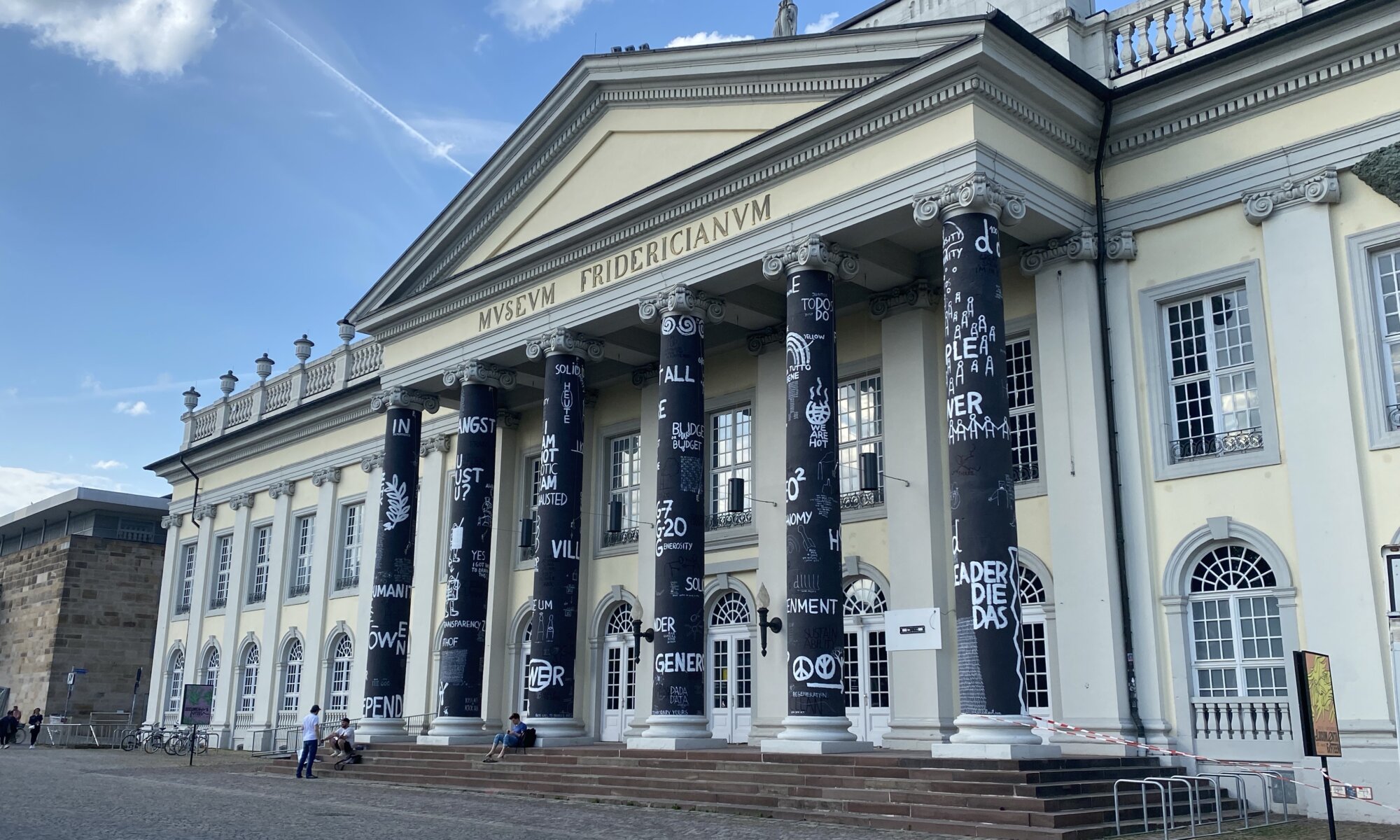 The fifteenth version of the contemporary art exhibition documenta happened in Kassel from June 18th to September 25th, 2022. It was curated by ruangrupa, an Indonesian artist collective that applied the principle of lumbung, the Indonesian tradition of a collectively used rice barn.

The locations of documenta fifteen did split into four areas: Mitte (at the city center with the classic locations), Fulda (life along the river), Nordstadt (student and migrant shaped quarter), Bettenhausen (developing quarter on the ‘other side’ of the river). The following places have been part of the art exhibition (personal favorites – in addition to the mandatory Fridericianum and Friedrichsplatz – are highlighted in bold):

What was special about the documenta fifteen?

The organizing collective only invited artists from Palestine and not from Israel which is a major failure caused by their special way of curating the exhibition. After the exhibition began antisemitic details were found on a large work of Taring Padi from Indonesia at the Friedrichsplatz. It is 20 years old and arrived late due to necessary restoration works. The artist group declared that the work has to be understood in the context of the military dictatorship in Indonesia in 1965. It was first covered and later removed.