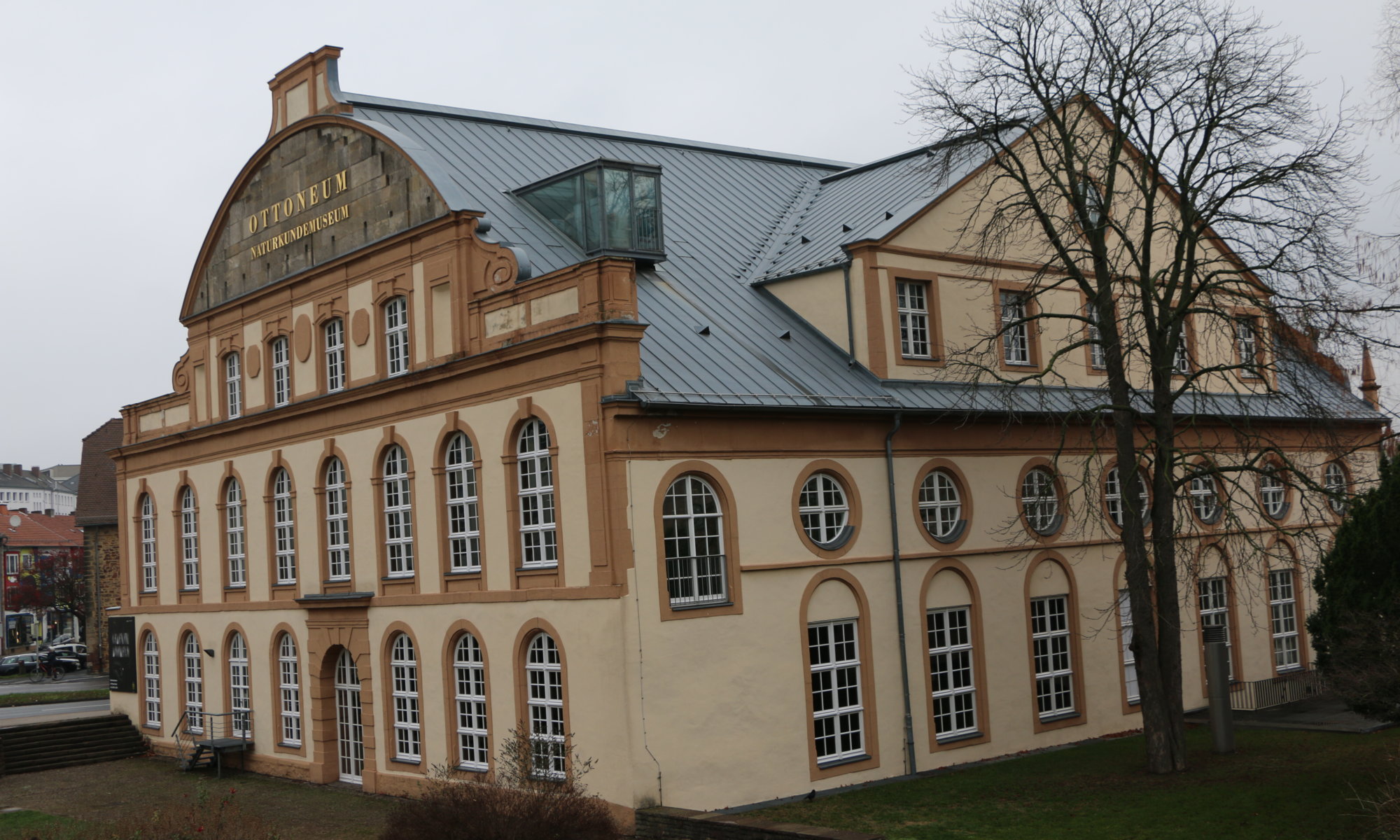 The Ottoneum at Kassel, Germany was the first modern theatre building in Germany and houses today a natural history museum. It was built by the order of Moritz von Hessen-Kassel who named it after his favorite son Otto. It was erected between 1603 and 1606 following plans of architect Wilhelm Vernukken. From 1690 on the building was used for storing art collections and natural elements.

In 1943 the building was partially destroyed by bombs but it was restored after World War II. You can find it in the city center of Kassel next to the Fridericianum at the Friedrichsplatz. In addition to the normal exhibition located here they often show changing exhibitions about various topics. It’s a place you can get to multiple times a year and always discover something new.