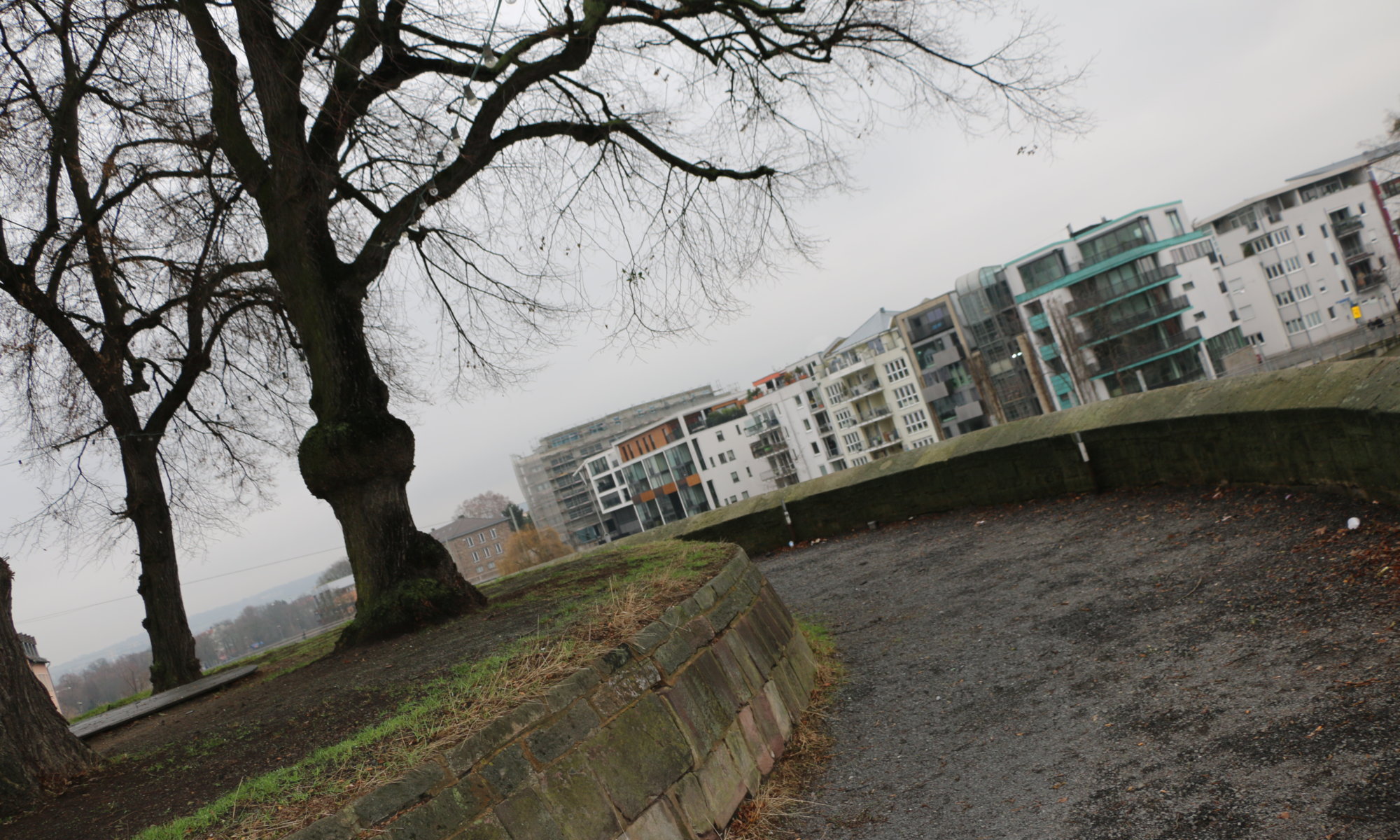 Maybe the Rondell is today the best beergarden at Kassel, Germany. You can sit on an ancient turret with thick stone walls and sip your drink while having good views on river Fulda. The former tower dates back to the year 1523 and is a rest of a castle standing at this place from 1466 on.

The castle was the seat of the rulers of the landgraviate of Hessen-Kassel and the main buildings were located were now the judiciary buildings are. It burned down in 1811 and could never be restored. In that time Jérôme Bonaparte was living there and a central heating system was installed. As the temperature outside was minus 20 degrees the pipes of the heating system became so hot that they set the wooden floor on fire. And because of the low temperatures the fire couldn’t be put out fast – the water used for that was freezing directly.

The Rondell is one of the last historical buildings of the old town of Kassel restored after World War II, together with the Martinskirche, the Zwehrenturm, the Brüderkirche and the Druselturm.