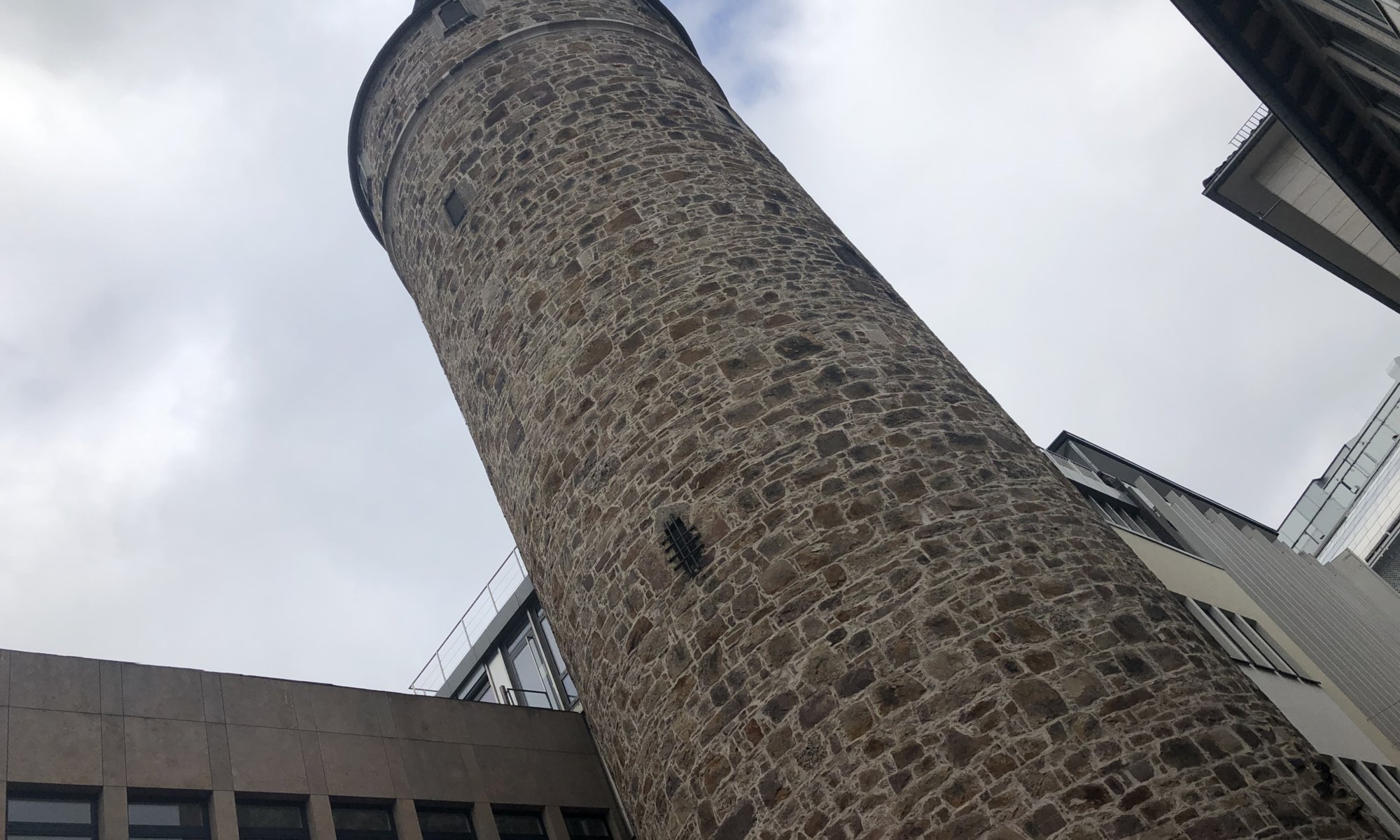 One of the necessities of a medieval city is to have water – for the inhabitants and to clean the city. At Kassel, Germany water from the small flow Drusel (also called ‘Kleine Fulda‘) was directed into the city and distributed via small channels (‘Druseln‘) to clean the surface of the streets. For being able to do so the strong fortifications of the city had to be weakened at one point to allow the water to enter the city. As this would be the ideal target for an attacker the 44 meters high Druselturm was built in the year 1415 CE.

It was integrated into the fortification walls and if you watch attentively you can still see rests of the walls – additionally the course of the former fortification walls is marked on the street surface. The tower was in the past also used as a prison. Today it is located in a side street not far away from the Königsplatz and is not recognized much. An eatery places tables around it and you can’t visit the tower from inside without joining a guided tour. But in fact it is one of the last ancient buildings that survived World War II bombings (others are the Martinskirche, the Zwehrenturm, the Brüderkirche and the Rondell).