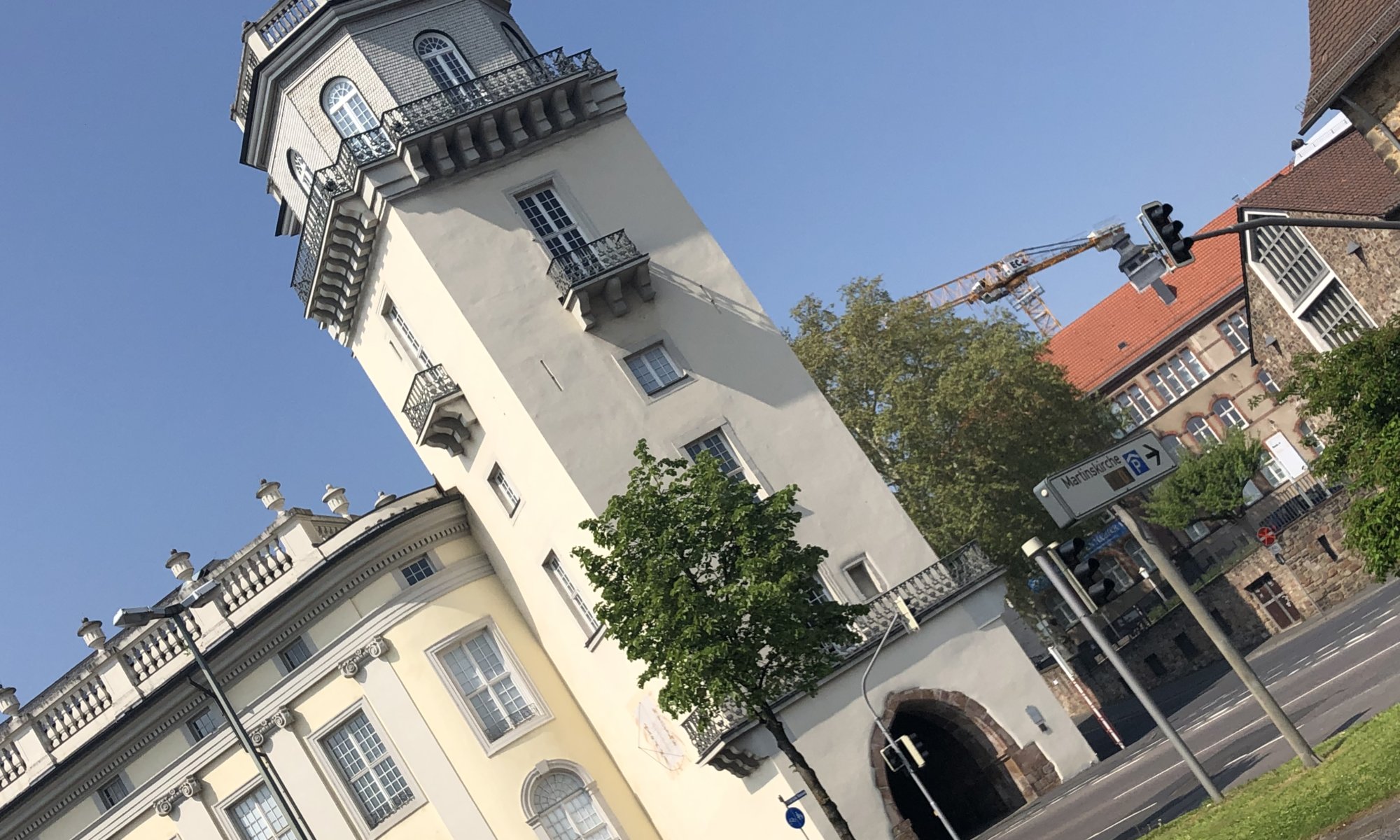 The Zwehrenturm is just a tower next to the Fridericianum at the Friedrichsplatz of Kassel, Germany – why wasting a word about it? Well in fact it is not only a tower, it is the last preserved ancient city gate. It was built in 1330 in gothic style and served as the gate in the direction of Frankfurt, Germany. The building was also used as a prison and from 1709 on landgrave Charles of Hesse-Kassel made an observatory out of it.

Frederick II, landgrave of Hesse-Kassel decided to connect the Zwehrenturm with the Fridericianum in 1779. From the Zwehrenturm green laser light is sent out every Saturday evening as part of the Laserscape artwork (created for documenta 6 in 1977). During the documenta in 2017 smoke was generated in the Zwehrenturm as an artwork of artist Daniel Knorr – which caused many calls to the local firefighters.