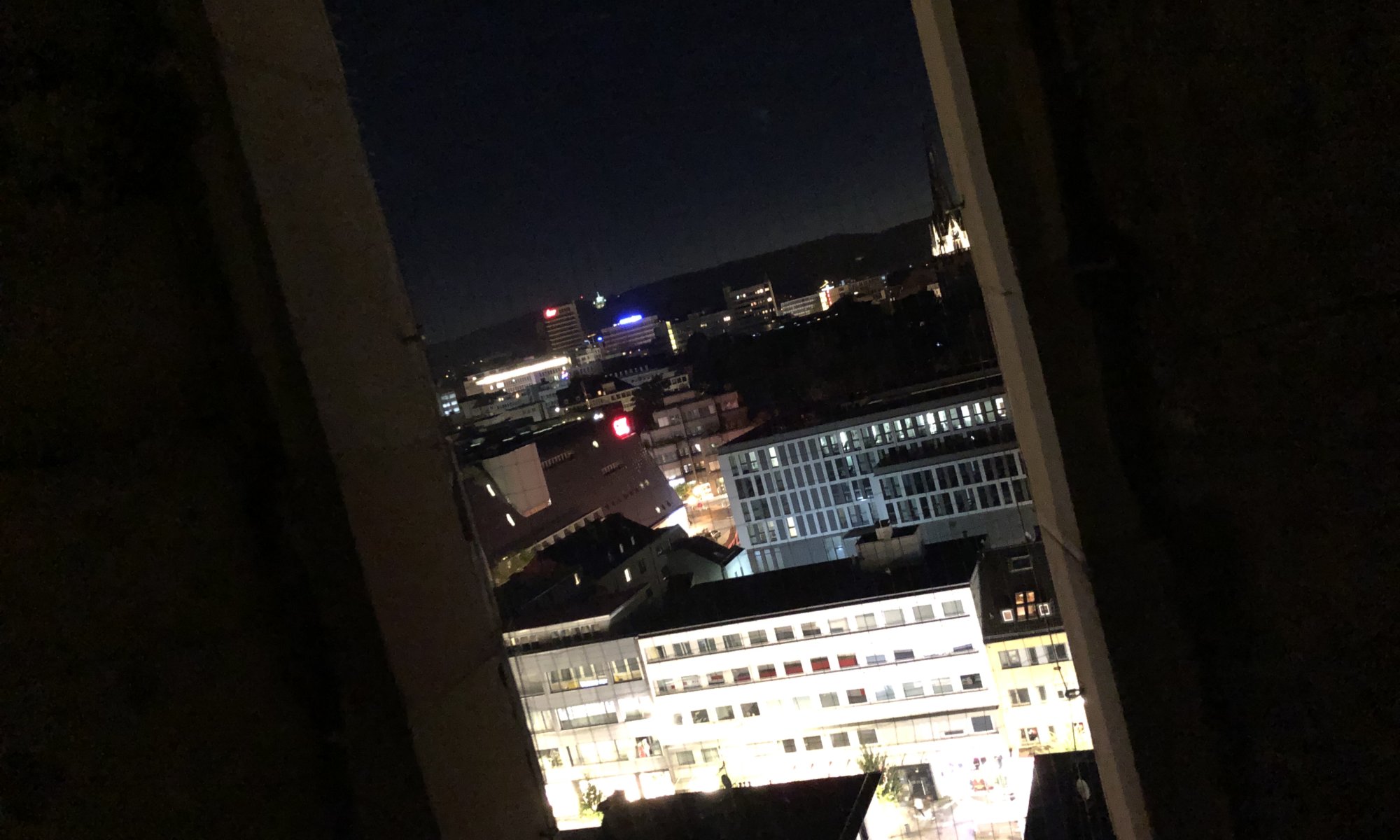 The city center of Kassel, Germany was largely destroyed during World War II (80 %). Before 1943 it must have been a wonderful place with many half-timbered houses. Today it feels like there is not much to show on a guided tour; tourists normally book art tours during documenta times or visit the Bergpark Wilhelmshöhe with guides. But yet there are some hidden gems and fortunately a club of history enthusiasts offers special tours.

These tours bring you to places you normally can’t get to and are enhanced by light installations, interviews with eyewitnesses and some theatrical elements. On their tour called ‘Drunter und drüber‘ (a pun: ‘topsy-turvy’, directly translated ‘below and above’) I had the chance to see some wonderful places. It started at the Dörnbergsches Haus (Martinsplatz 2) a former nobility house connected to the rebellion against Napoleon in 1809. It burned down and was rebuilt – but the staircase is still original. And still today inhabitants have to use it to get to their flats.

The next stop was my personal highlight: via spiral staircases we could climb to the top of the nearby Martinskirche – with a stop at the vast room below the roof, with a test of the giant bells and fantastic views from the later northern tower. It is great to get into such a building you see every day but which is normally inaccessible. Then we went under the earth and visited one of the oldest original cellar rooms of the city center near the Martinsplatz. These cellars became connected during World War II to enable the citizens to pass under the houses. Unfortunately the massive amount of bombs created a firestorm and many people died by suffocation.

One of the two ancient towers that are still standing is the Druselturm – build at a week point in the city fortification where river Drusel ran into the city center. Climbing up is today not possible anymore because of weaknesses in the structure but you can get to the room once used as a dungeon. The tour ended at another cellar next to the Königsplatz (under the shop Lederwaren Schumann). Building houses here isn’t easy because of the weak underground and the many water. In former times wood was used to make a solid ground; a solution like in Venezia, Italy. It was great to have the possibility to get on such a tour – as they also offer tours to hidden bunkers in the city it won’t be my last.

One Reply to “Up and down”