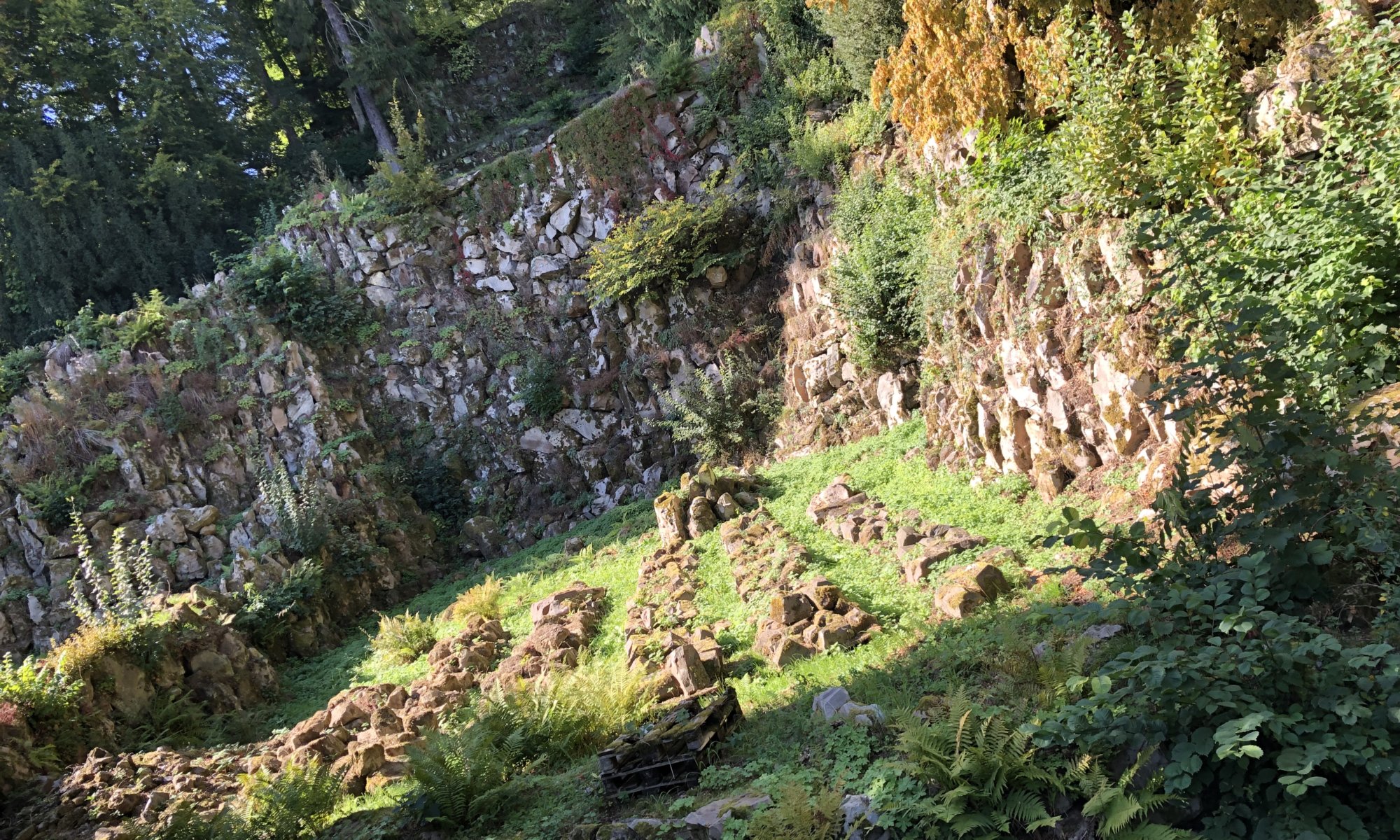 It is a lost place within the Bergpark Wilhelmshöhe at Kassel, Germany: the Neuer Wasserfall (new waterfall). During the ancient water show the water runs from down from the Herkules monument to the Steinhöfer Wasserfall. It passes the Teufelsbrücke and the Aquädukt ruin before a large fountain starts. But there was another section that was added in 1826 – another waterfall. It was last in operation in 1943 before it was hit by bombs. It hasn’t been destroyed much but it can’t be used until today and most people don’t know about it.

From the Aquädukt you can follow the water northwards and behind the Merkur temple the artificial rivers run dry and you can see a dry pool which was used to collect the water for the waterfall. From there you can walk to the different levels of the waterfall until you get to the bridge at the lower end. Even behind it there are different cascades – it is really a large element. Like with the other items of the Bergpark visitors could walk next to the water. This path is still clearly visible but partially blocked – you need to climb a little bit.

Since 2017 there is a new initiative to get the waterfall working again. A main problem was the sandy ground – hopefully a solution will be found. The costs have been estimated as a high as ten million Euros. But it would be great to have the opportunity to see this ancient masterpiece working again.