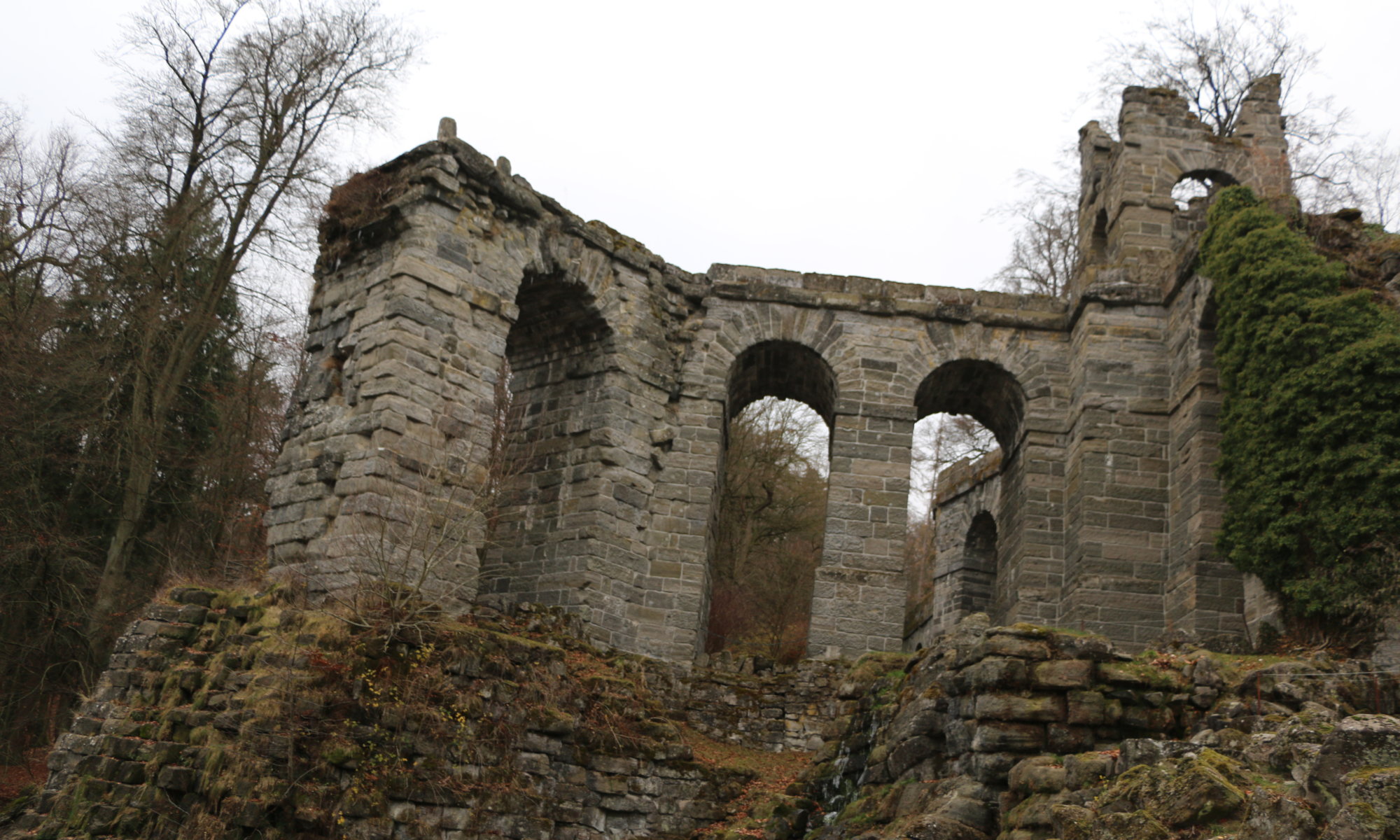 In 1792 a new item was added to the water games in the Bergpark Wilhelmshöhe at Kassel, Germany: following plans of Heinrich Christoph Jussow (after whom the temple next to the great fountain is named) an aqueduct with 14 arches was built. At the end the water is falling down 43 meters into wreckage of the aqueduct.

For sure this water system was never serving as a real aqueduct and it wasn’t destroyed – it was built as a ruin (like the Löwenburg). The aqueduct was erected between 1788 and 1792 and is designed after the Roman water system ‘Via Appia‘. Further sections were planned but never realized. The water runs from here down to the lake with the great fountain and the Jussow temple.