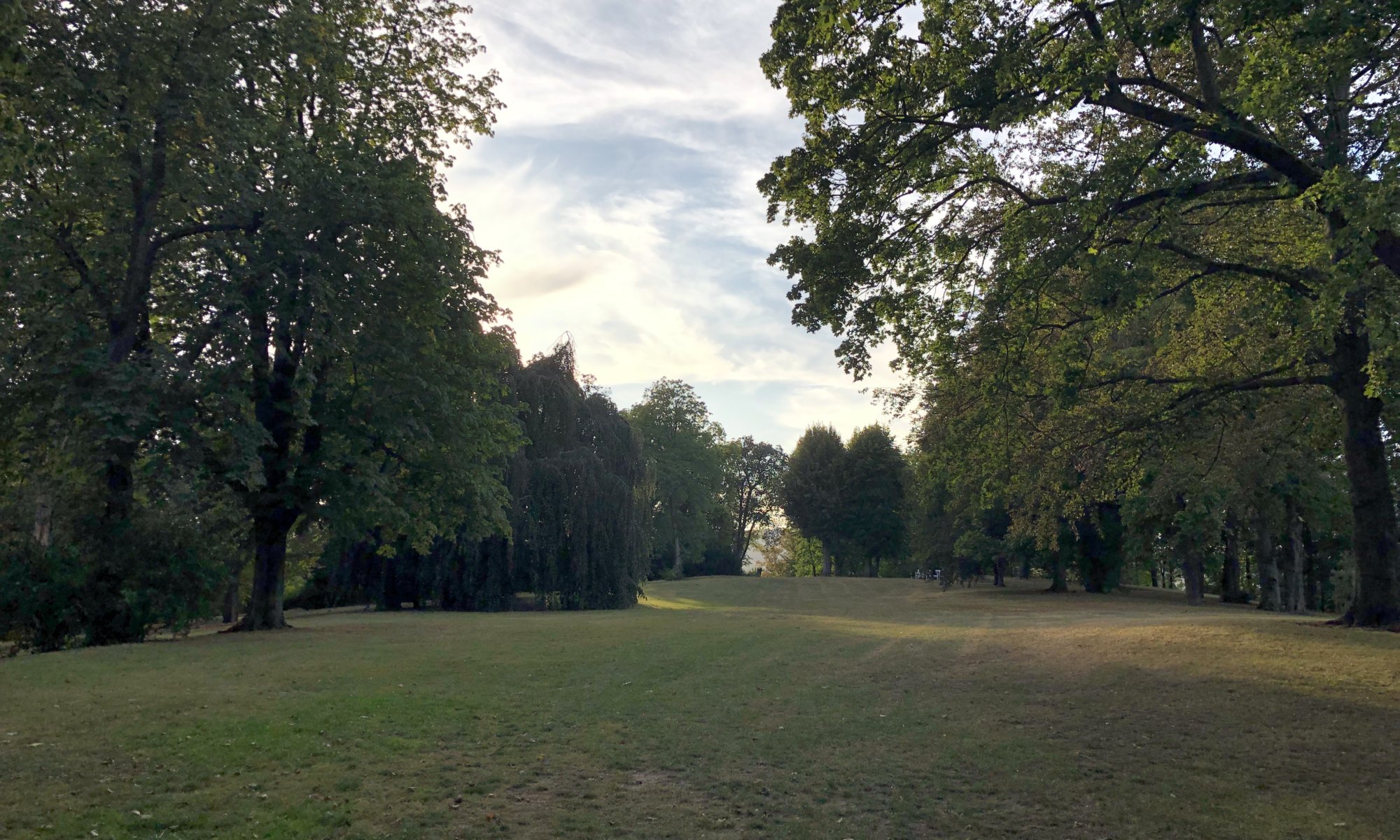 The Tannenkuppe (fir summit) is a hill in the city quarter Vorderer Westen (fore west) of Kassel, Germany – not far away from the railway station Kassel-Wilhelmshöhe. It consists of limestone (like nearby Kratzenberg) which was gathered and until the mid of the 19th century also burned there to receive Calcium oxide; a material needed for buildings and industry. In the 1880s local industrial Sigmund Aschrott bought this place and converted it into a landscape garden.

Sigmund Aschrott had many different commercial activities and can be seen as the creator and designer of the complete city quarter Vorderer Westen (formerly called Hohenzollern-Stadtteil after the well-known Germany dynasty). Places like the Stadthallengarten exist because of him and he also donated a fountain in front of the town hall which was torn down during Nazi times because of his Jewish religion. He and his wife are buried on Europes largest Jewish cemetery in Berlin (city quarter Weißensee).

The Tannenkuppen-Park which is now named Aschrottpark contains a large green area on which in spring many flowers can be seen, some nice round paths, groups of old trees and a terrace with good views on the Herkules monument. During World War II air-raid shelters were created here – but they were filled after the war again. There are many ways to access the Aschrottpark like from the Bundessozialgericht or the Wintershall bus stop – if you know it is there. I was working nearby for a long time but I didn’t even recognize this park.