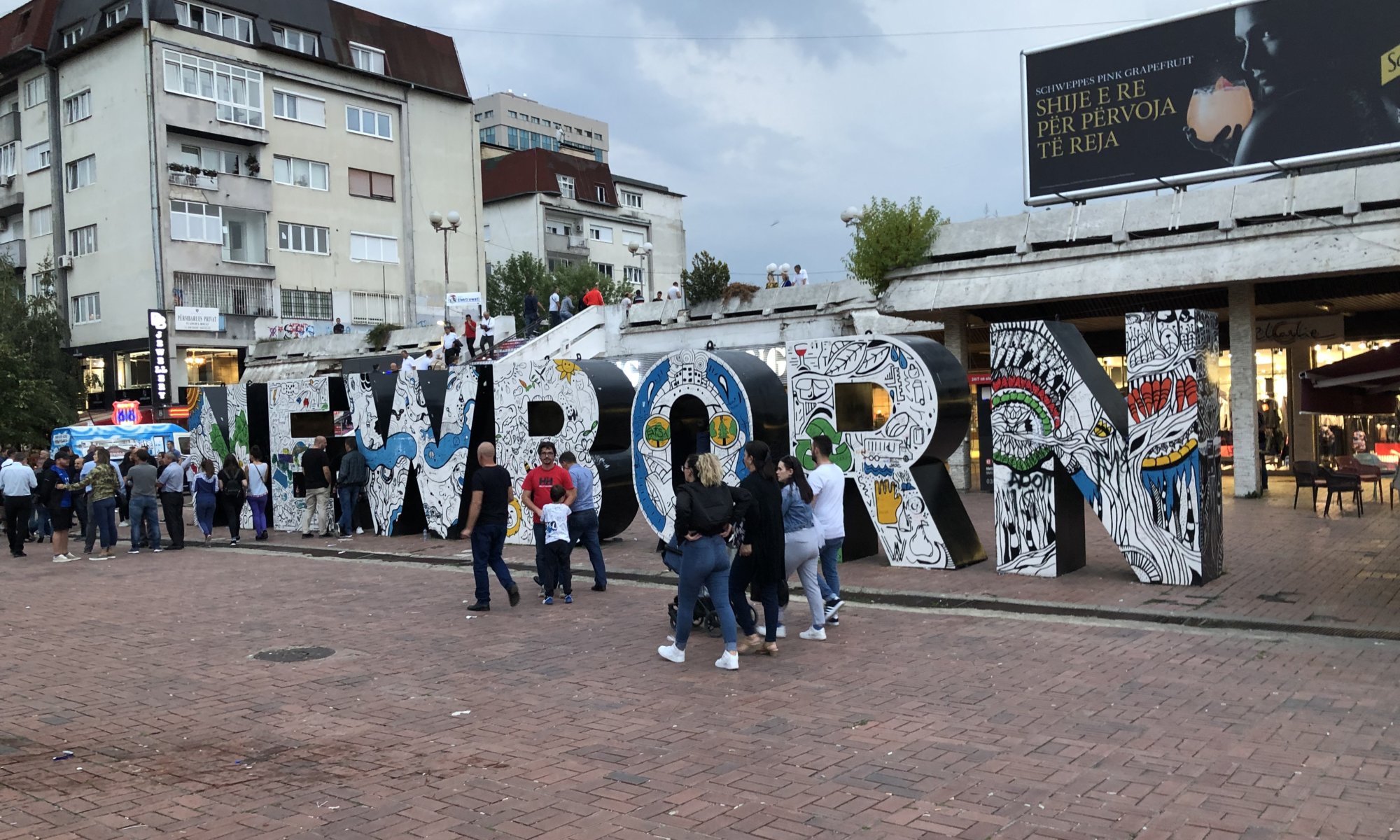 Kosovo is a stabilized de-facto regime accepted by 114 of the 193 member states of the United Nations – in addition to Serbia (which claims this country to be part of Serbia as the region ‘KosMet’, Kosovo i Metohija) and its close friends many states with regions that want to be independent don’t support Kosovo. It is an incredibly young country with young citizens and old ethnic conflicts. It isn’t really prepared for tourism, but it is a good place for travelers. Many of them seem to come from the United States of America; a country that is still beloved by the locals because the 42nd president (Bill Clinton) took side for the country and forced NATO to attack the Serbian army on Kosovan grounds until they left. Kosovo declared independence on February 17th, 2008.

As a German traveler you seem to be a curio. But nearly everywhere you can meet a Kosovan that fled to Germany during the Kosovo war and is happy to speak German once again. I was pretty surprised when I was in a small village in a remote area and tried to buy some drinks at a gas station. When the employee recognized that I don’t understand Albanian he asked me in English where I’m coming from. My response led to the sentence ‘Na Junge dann sprich doch Deutsch!’ (‘Well boy, then speak German!’). Traces of the war can mostly be found outside cities in form of bombed bridges, numerous memorials for fallen UÇK fighters and blockades between the Serbian north and the Albanian mainland.

I loved to explore the cities Prishtinë, Prizren and Mitrovicë. As I sprained my ankle while hiking through the Mirusha valley I unfortunately missed the Pejë region and the Rugova valley. Especially beautiful are the mountains in the border areas to Montenegro, Albania and North Macedonia. To really explore the country, you need to get a rental car. Cruising Kosovo is easy, but navigation systems won’t work here, and the road conditions are sometimes pretty bad. But without a car you can’t visit places like the Shpella e Gadimës flowstone cave, the Manastiri i Graçanicës, the Gazimestan monument, the Malet e Sharrit national park or the bear sanctuary.

The best way to enter Kosovo is via the Adem Jashari international airport. You can also reach Albania, Montengro and North Macedonia easily as the Kosovo isn’t that big. Be reminded that you cannot go to Serbia if you didn’t enter the country from there – the Serbs don’t accept the Kosovan entry stamps in your passport. Getting to Kosovo was a surprisingly easy trip that tought me much about the younger history of the Balkans. It was a pleasure to be a guest there and even if friends at home found this destination to be rather exotic – I hope that tourism can soon help to rise the country from poverty. The average wage in Kosovo is 300 Euros per month – that says a lot.