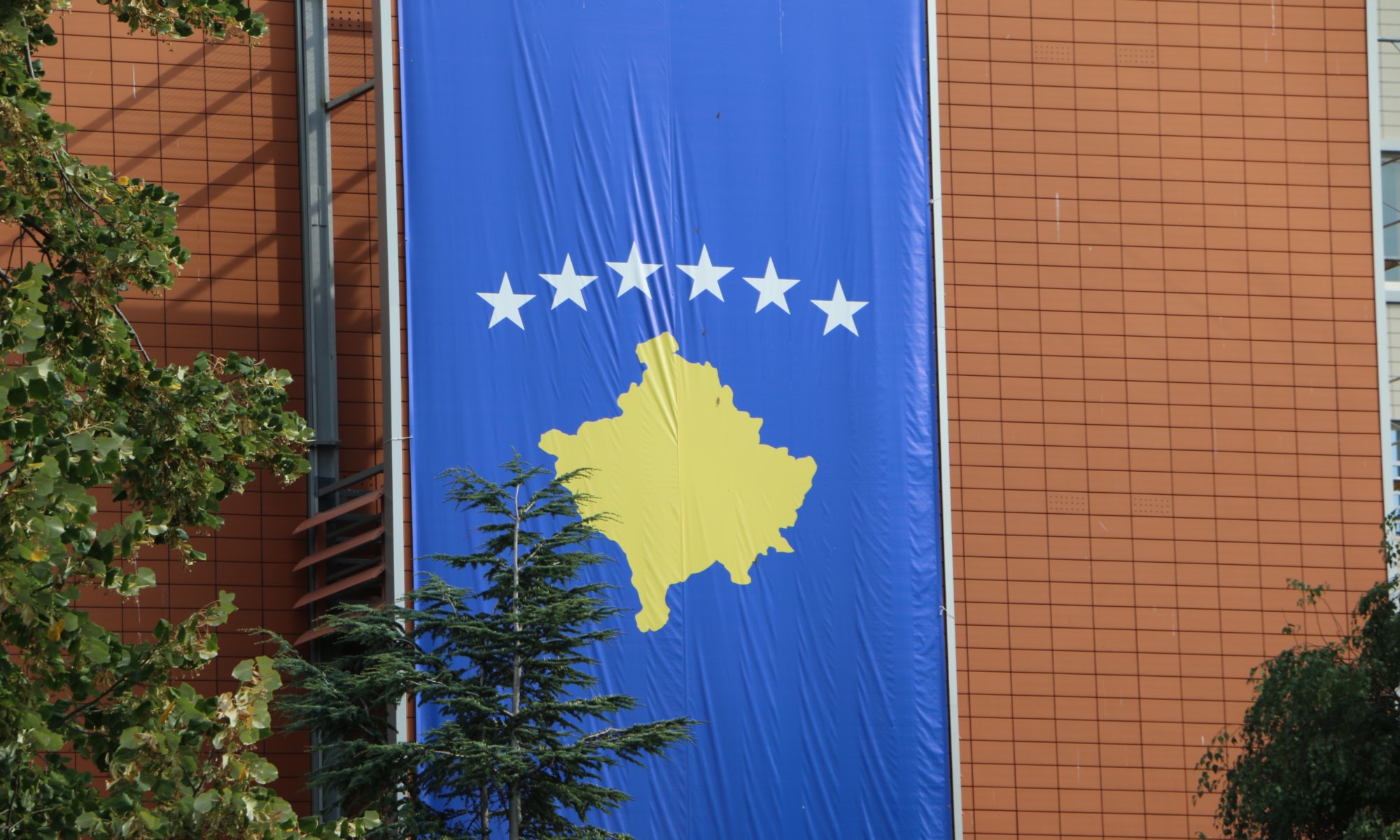 Kosovo is a young state which is split up into two areas: north of Mitrovicë the majority of people are Serbs, south of it Albanians. The flag used most widely in the North is the flag of Serbia: red, blue and white with a white double-headed eagle and a crown. In the rest of the country the flag of Albania is shown most: red with a black double-headed eagle. But Kosovo has for sure an own flag which I could only find in the center of Prishtinë. It hasn’t a long tradition and was introduced only in 2008 after a competition.

The flag of Kosovo is blue – symbolizing the hope of being integrated into the European Union and western political structures. That is a good reason for the Serbian part of the country not to use the flag as they are traditionally oriented towards Russia. On the blue flag you can see the shape of the country in gold. In the past there have been negotiations about trading the Serbian North against Serbian territories with Albanian majorities and then the flag would have to change.

As a temporary hymn the Anthem to Europe (ode to joy) was used. In 2008 – also after a competition – the song Evropa (‘Europe’) became the new national anthem. To avoid conflicts with minorities it officially has no text, even though the componists has written one. All national symbols show the direction the country wants to go: towards Europe, towards becoming part of the European Union. In times of Brexit this is a refreshing alternative and positive view on our political and economic union.