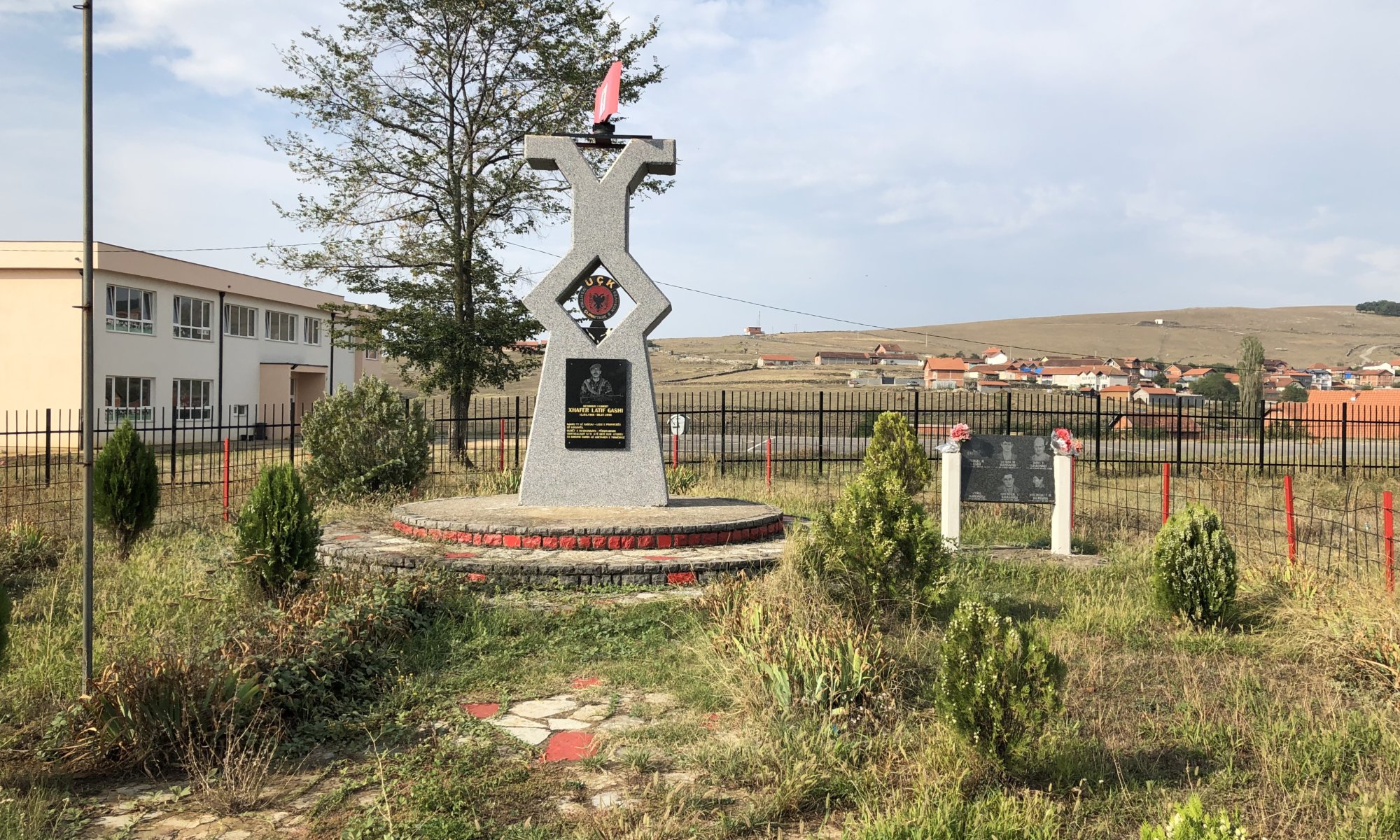 If you get to Kosovo you will definitely get to know something about the Ushtria Çlirimtare e Kosovës, the Kosovan liberation army. Throughout the country you can find big memorials for their fallen soldiers. The UÇK was formed in 1994 to achieve independence of Kosovo from Serbia and to fight what was seen as Serbian occupation. What started with acts of terror ended with the UÇK being an accepted ally of NATO during Kosovo war.

Founder of the Ushtria Çlirimtare e Kosovës was Adem Jashari – the airport of Prishtinë, Kosovo is named after him. After he was killed by Serbian forces in 1998 Hashim Thaçi took over. During the 78 days that NATO attacked the Serbian army at Kosovo in 1999 to stop ethnic cleansing the UÇK helped to guide the NATO bombers.

When Serbia withdrew its forces from Kosovo and the KFOR mission to secure peace in the region was established the UÇK was requested to end their organization and to deliver all weaponry to KFOR. It was the official end of the Kosovan liberation army – which has achieved its goal – but for sure people who experienced what the Kosovans experienced are suspicious. Therefore still today a lot of unregistered weapons exist in Kosovo.