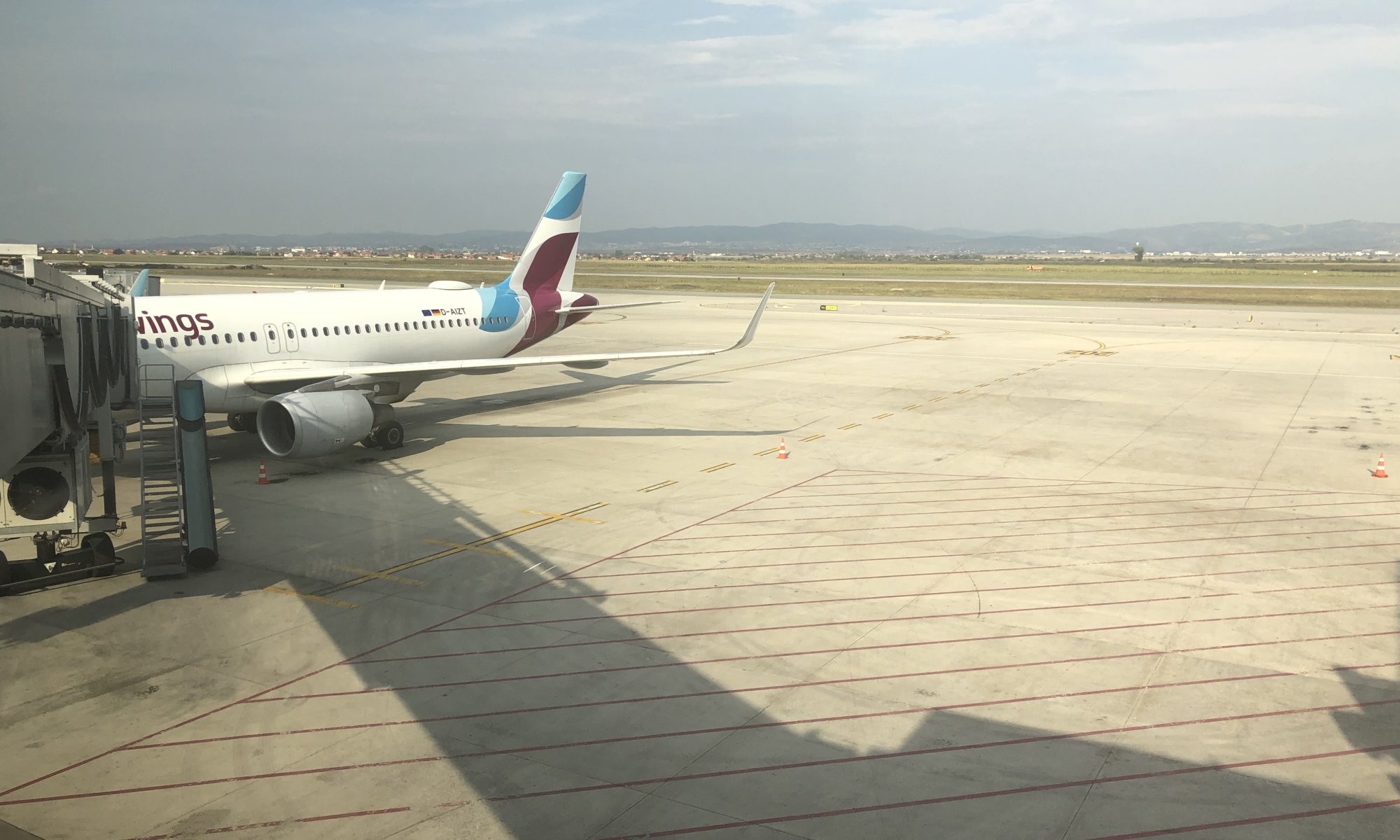 The international airport of Prishtinë, Kosovo (airport code PRN) dates back to the year 1965 and is located 15 kilometers south of the city. It is named after Adem Jashari, one of the initiators of the liberation army UÇK. It is one of these smaller and hassle-free airports of the Balkans with short ways to walk and fast check-in, passport control and security check. You’ll find shops, coffee bars and restaurants here like in every good international airport.

When leaving the arrival zone you’ll see different counters of car rental agencies. After getting there you’ll have to go to the large car park in front of the building – employees typically bring the rental cars there to hand them over. You’ll then have ten minutes to leave the carpark with the parking ticket provided. When returning the car you’ll have to park it there in a numbered sector the company will tell you and bring the keys back to the counter.

There are few busses connecting the airport to the city. You can take a taxi and the prices are listed in front of the building – but you should definitely negotiate. Taking a taxi from the airport to the city costs much more than taking a taxi within Prishtinë. Driving back to the airport was something that I completed faster than I thought because I accidentially became part of an Hungarian KFOR platoon for which the roads were blocked. Useful coincidence…

One Reply to “Aeroporti Ndërkombëtar i Prishtinës Adem Jashari”