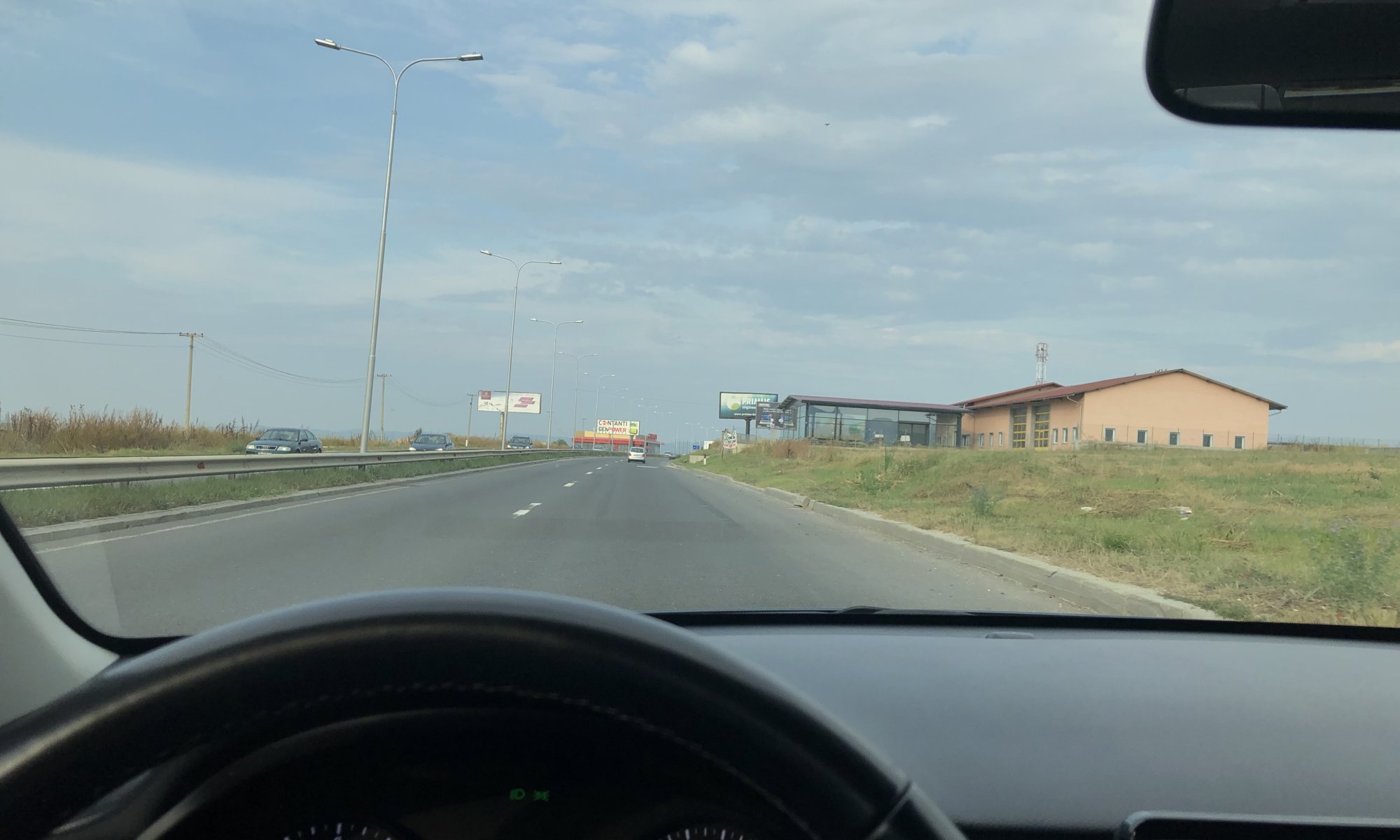 Driving a car in Kosovo is for sure possible – but I wouldn’t take my own car there. The road conditions are very good concerning motorways and major roads, but other roads are very bad. Outside of cities you might find yourself very soon on unpaved roads with a lot of water-filled holes and even in the outer areas of cities this can happen faster then you might think. But you will find a lot of car rental companies at the airport (including the big international companies).

The biggest challenge is navigation because of the low quality of available data. Google Maps just tells you that navigation isn’t available in your region, the navigation system of my rental car didn’t know the country Kosovo and when selecting Serbia I could select the cities in Kosovo but no streets. I was prepared to navigate with paper-based maps like in the good old days but technology gave me a slightly easier option: Google Maps doesn’t navigate but it is able to calculate and display routes. As the Kia rental car had Apple CarPlay integration I could at least see an overview map on the display inside the car and my current position. That made life a little bit easier.