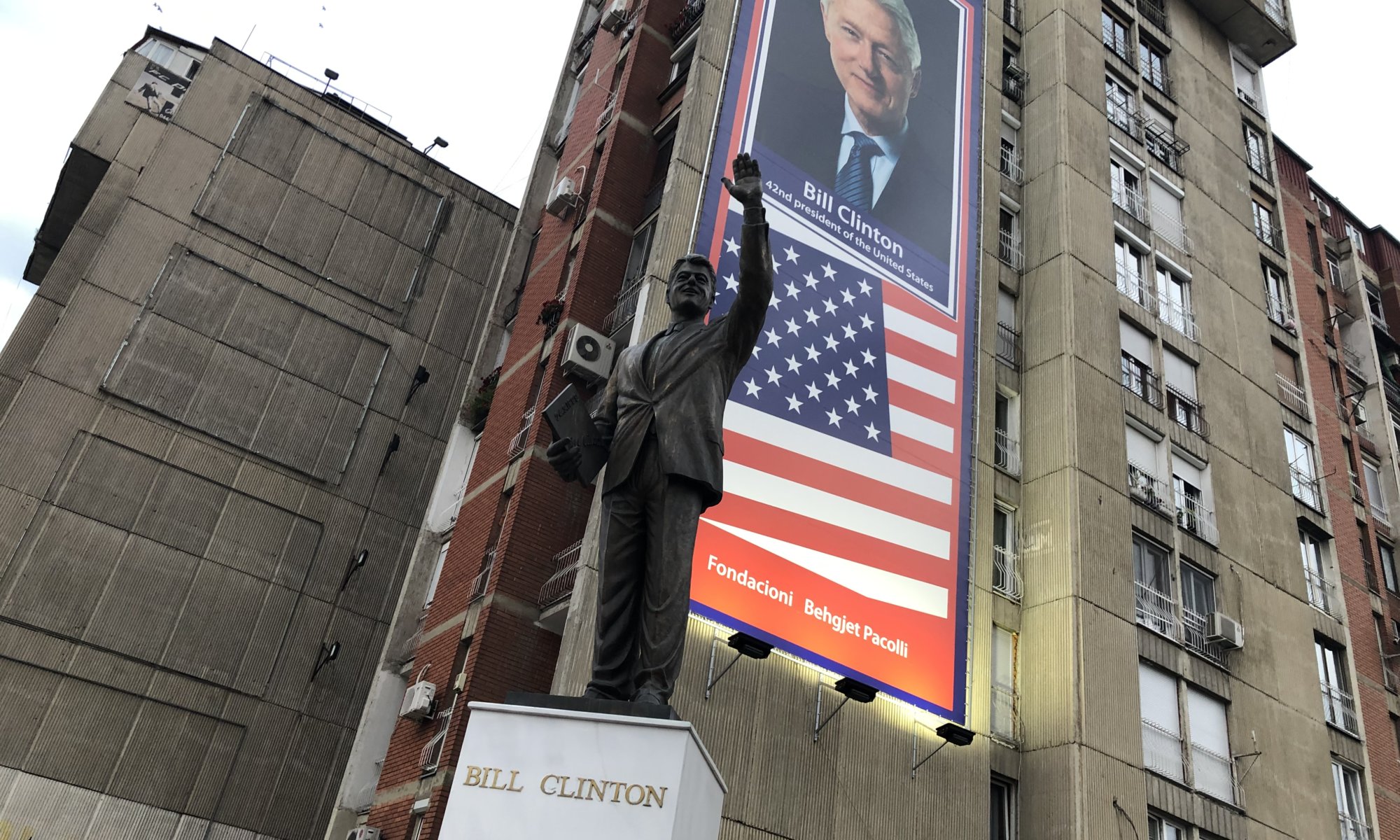 When you get to the city of Prishtinë, Kosovo you will discover the strong appreciation of the locals towards the 42nd president of the United States of America: Bill Clinton. A big road in the city center is named Bulevardi Bill Klinton (the ‘K’ is no joke) and a statue of him. While we remember him as the guy who betrayed his wife with a trainee (‘I did not have sexual relations with that woman, Miss Lewinsky‘) he is seen in much better light in Kosovo. Another national hero is his former foreign minister Madeleine Albright for whom another statue was built. Why is that?

In 1999 the government of the United States of America made clear that from their point of view in the Kosovo war the Serbian forces are the bad guys. And they ensured that NATO attacked them over 78 days until they left the Kosovo and the majority of Kosovans had the feeling of being freed from occupation. You can see the flags of the most involved NATO countries throughout Kosovo, but the locals clearly connect their freedom with the United States of American and their former president Bill Clinton.