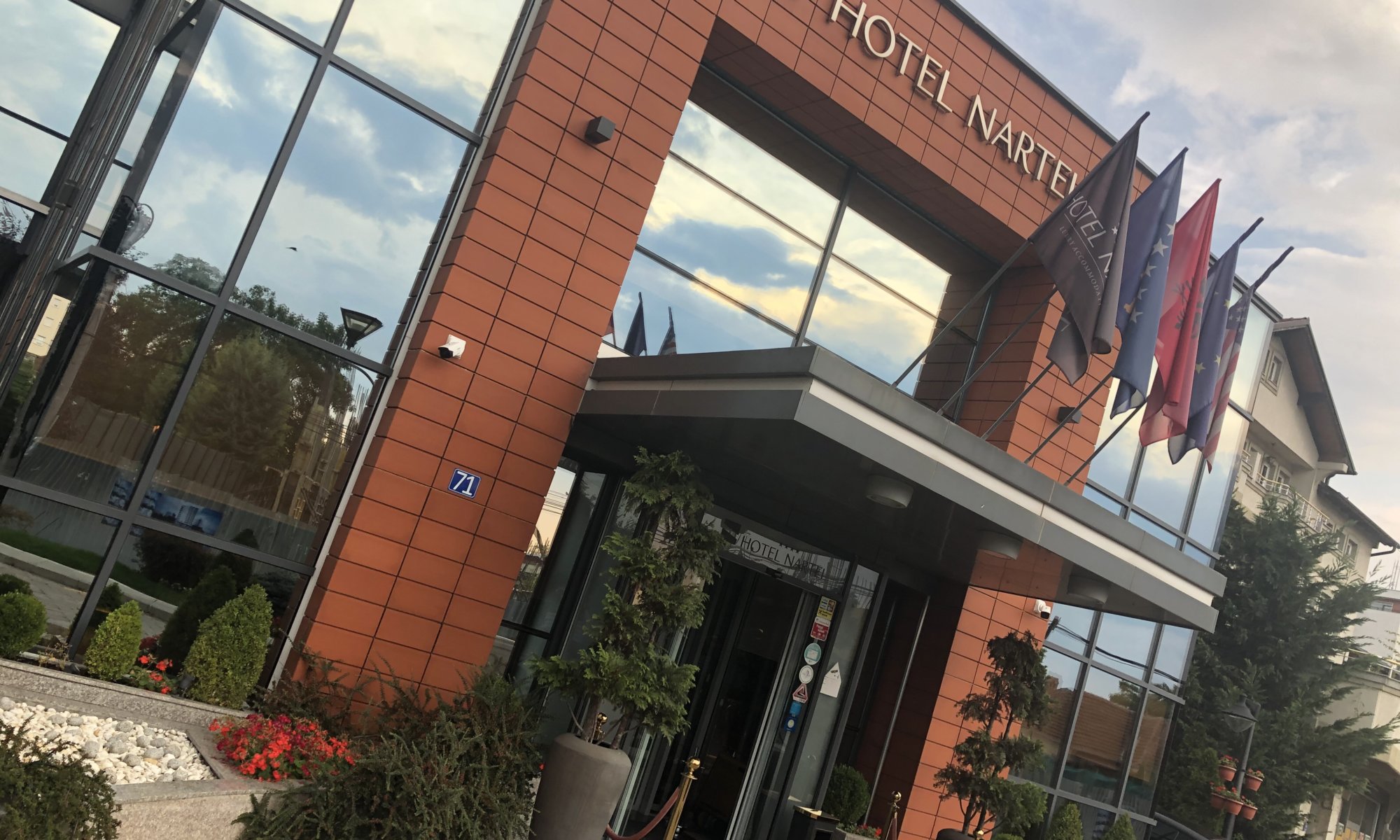 The Nartel Hotel at Prishtinë, Kosovo is an excellent choice if you want to book a room in the quality known from good hotels at home. It is a four star hotel located south of the city center, but it is only a ten minutes walk to reach the interesting places of the city. In fact it was one of only a hand full of hotels that you can book online and the combination of price and location was best. The hotel seems to be often used by diplomats and KFOR/NATO representatives.

The hotel has an underground car park and a fitness club that you can use for free. Around the hotel there are different smaller and bigger supermarkets available. What I found a little bit complicated was to access the hotel by car – and that is most probably because navigation systems don’t work here well / have a very bad data quality. If you’re coming from the airport and following E851/M9 through Fushë Kosova then shortly before the city center of Prishtinë a road leads up to an elevated roundabout. You have to turn right there onto M2 and at the next traffic lights you’ll find a narrow road to the hotel.

If you want to leave the hotel back to the airport or for example to Mitrovicë then navigation systems will tell you to turn left at these traffic lights (which isn’t possible). Get used to driving first in the wrong direction until you reach the next roundabout and turn there. It is a pattern that worked well – trying to turn earlier or taking alternative routes through tiny streets (with bad street quality) wasn’t good.