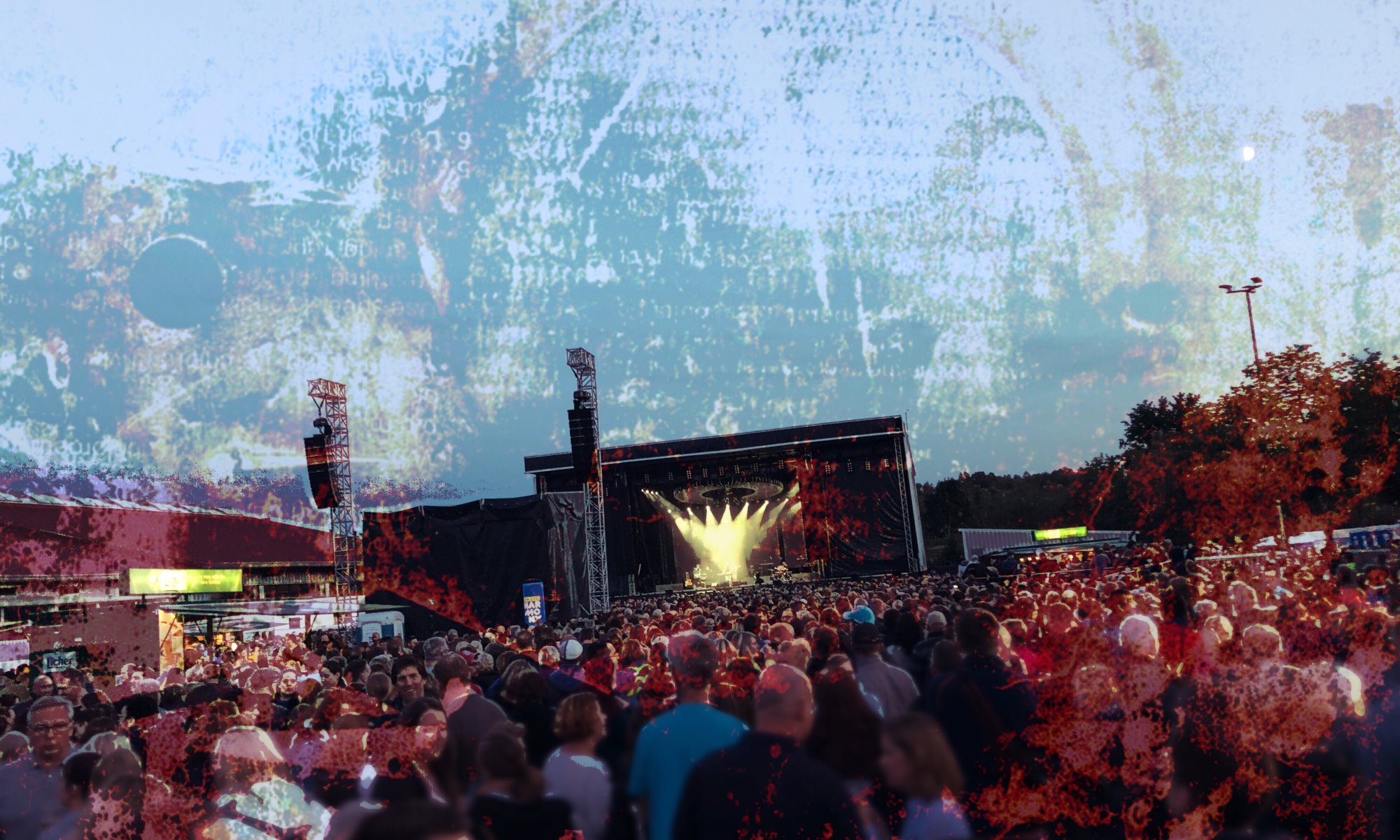 Kassel, Germany isn’t known to be a city with big fairs – but yes it has a fair ground. It is used for concerts, handball matches of the team MT Melsungen, flea markets, antique markets and some rather unknown fairs. The fair grounds (‘Messegelände‘) are located in the south of the city next to river Fulda, the Bugasee and motorway A49 – Kassel-Waldau is the motorway exit you need to take.

I came here for a concert of PUR – one of these bands of my childhood I now wouldn’t listen to anymore. But once in a lifetime I wanted to be at a concert. I still remember my father turning up the volume in the car when one of their songs was played on the radio – and my mother telling him that he doesn‘t need to as I know all songs by heart.

I‘ve seen quite many concerts in good and bad locations. The Messegelände and the concert itself rank rather at the lower end of my list. Not enough space with unhindered views, the stage crammed between buildings and in front of the motorway. A combination of bands and music during waiting times that doesn‘t feel harmonized – and the whole event very commercial. Nothing I would visit a second time.

Reaching the Messegelände by public transport is possible but not that easy: you can walk from Damaschkebrücke near the river where busses stop (10 minutes to walk) or get there from Auestadion where different tramways, RegioTrams and busses stop (20 minutes to walk). If you come by car: there is much space to park your vehicle as the city was planned for cars.

One Reply to “Fair grounds”