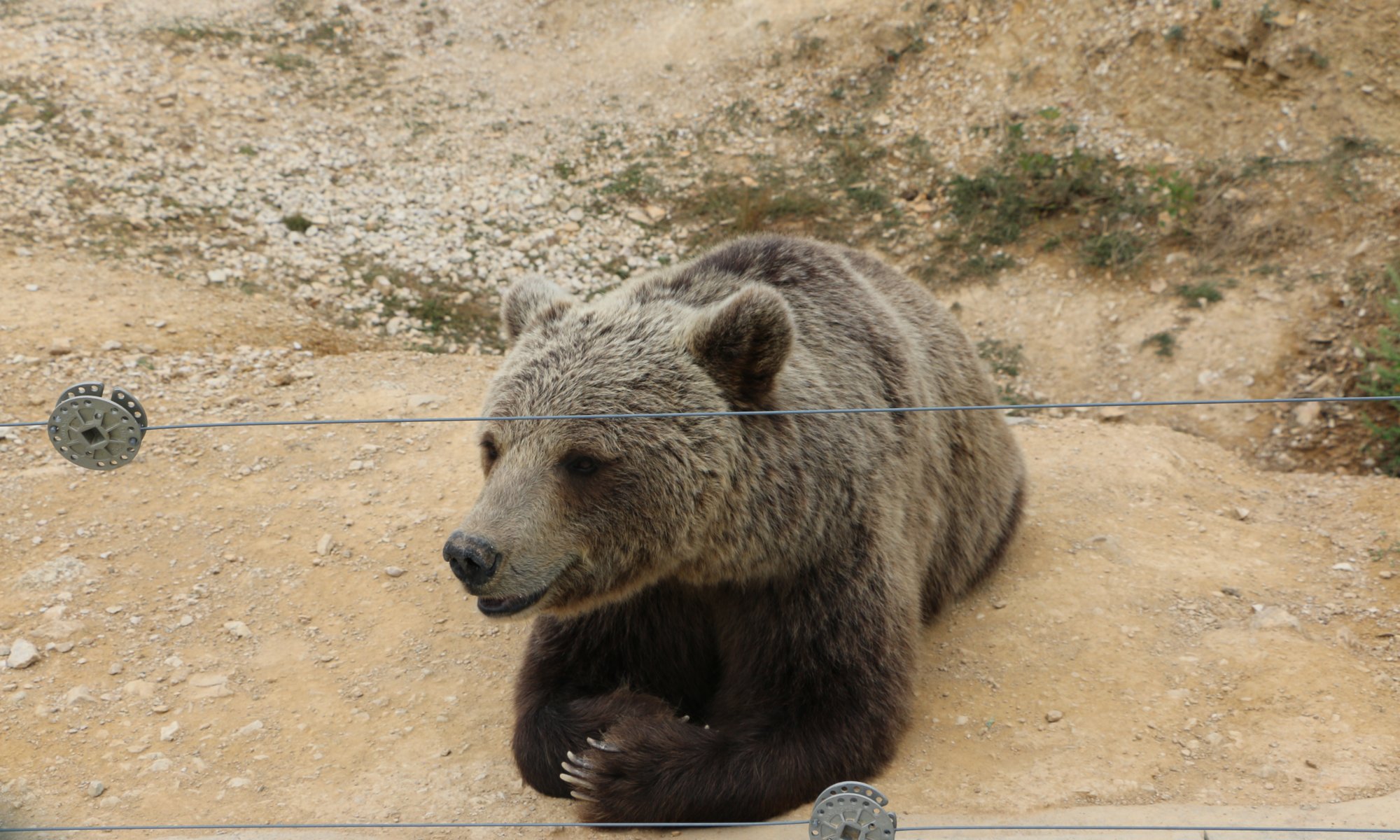 Going to a place where bears are held in eastern Europe is normally no pleasure. They often live in old and shabby cages that are much too small and don’t provide a suitable environment for these beautiful animals. With the Bear sanctuary Prishtina at Novo sellë, Kosovo it is absolutely different. In Kosovo it was allowed for long time to have a bear as your personal animal. Most often they were held in small cages next to restaurants for the amusement of the visitors. When this law was fortunately changed the animal protection association Four paws offered to create a sanctuary in Kosovo.

16 bears have been rescued and now live in wide areas not far away from Prishtinë and close to artificial lake Liqeni e Badovcit. They roam their large habitats freely and obviously have a lot of fun. Some are kept single, some in groups. You can visit them on a two kilometers long round course. Sometimes you won’t see a bear, sometimes they will be very close behind a fence. The entrance fee to the sanctuary is pretty low (from the viewpoint of a western visitor) but you can support them by buying something in their great souvenir shop. There is also a good restaurant and a large playground in front of it.

Don’t worry if your navigation system doesn’t know a route to the sanctuary. A lot of signs have been set up to guide your way. You just have to go by car along the Liqeni e Badovcit and at its eastern end turn left and stay at the shore of the lake. After few meters the sanctuary will be visible and enough parking lots are available.

One Reply to “Bear sanctuary”