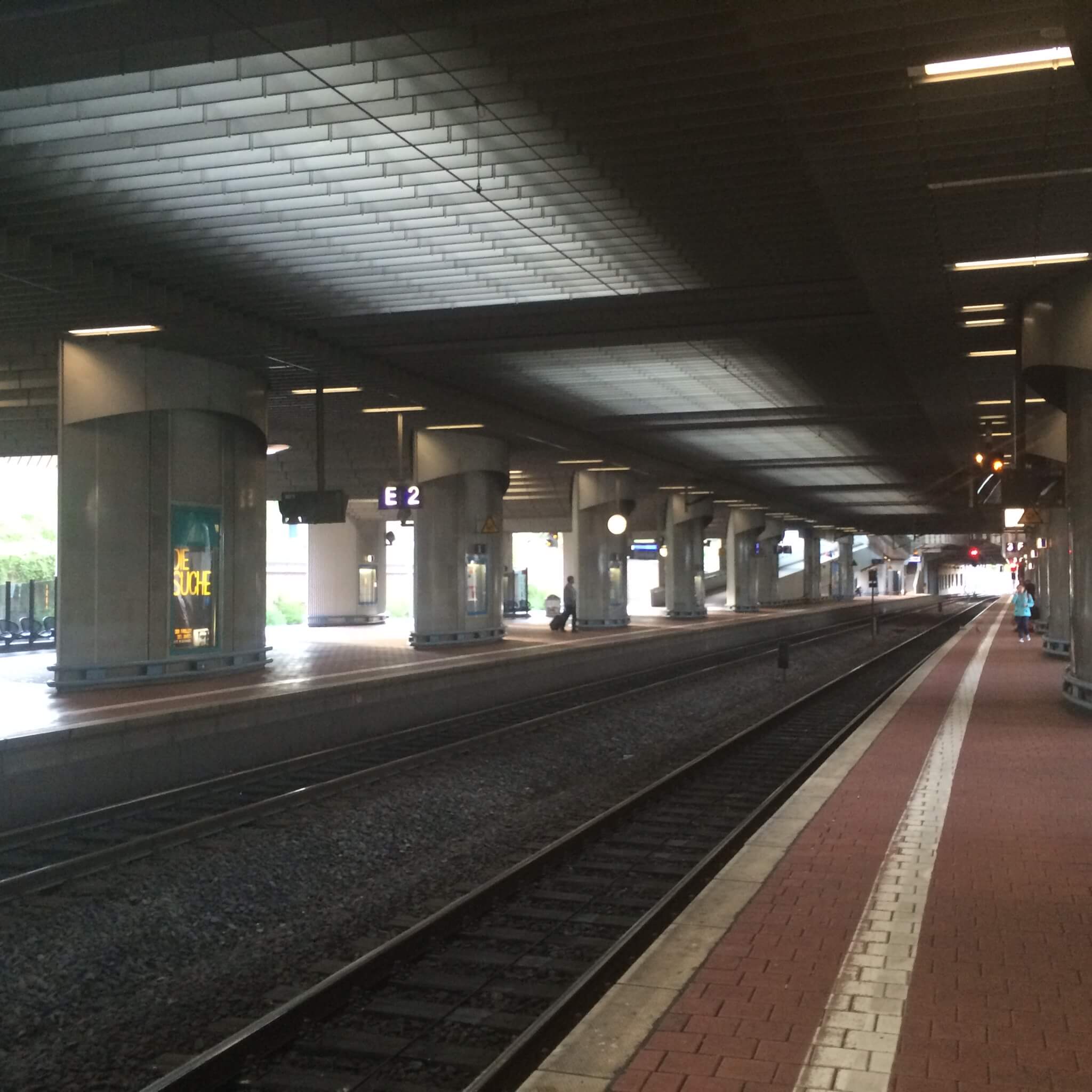 When the new tracks for the Inter City Express (ICE) were positioned, it was decided to build a new railway station. This is understandable because Kassel Hauptbahnhof is a dead-end station and a direct passing of trains was kind of impossible, but a subterranean connection to Kassel Hauptbahnhof has been discussed.

The building and the tracks of Kassel-Wilhelmshöhe look quite impressive, but in fact the railway station is a big misconstruction: Whether you are at the tracks or pass the long steep ramps to the area, where busses and tramways leave: the station is just too lofty and open. In evenings and winter times you are always looking for a warm and wind-free space. That is why the station got it’s nickname: The Palace of the Winds.

And believe me: I’m passing there twice a day. The restauration is only medium quality, you can find worlds smallest fastfood vendor here and a waiting booth which is not nearly close to the size of what a railway station of this importance needs. In the evenings, when the service counter closes, you can be nearly alone.

But there are also good things, like a supermarket close-by (at the end of the station) and a suitable Turkish eatery in the shopping ‘mall’ next to the station. If you are unfortunately stranded here: Right across the road you can find a bar (the Depesche). It might be your safe harbour. Also the restaurant Himalaya on the upper level serves good Indian food.

If you need to change tracks fast or dislike to use the long and steep ramps: at the middle of the tracks you can find a staircase and a rather seldom used elevator. It brings you up to the parking deck where you can take the right elevator down to your next track.

13 Replies to “The Palace of the Winds”