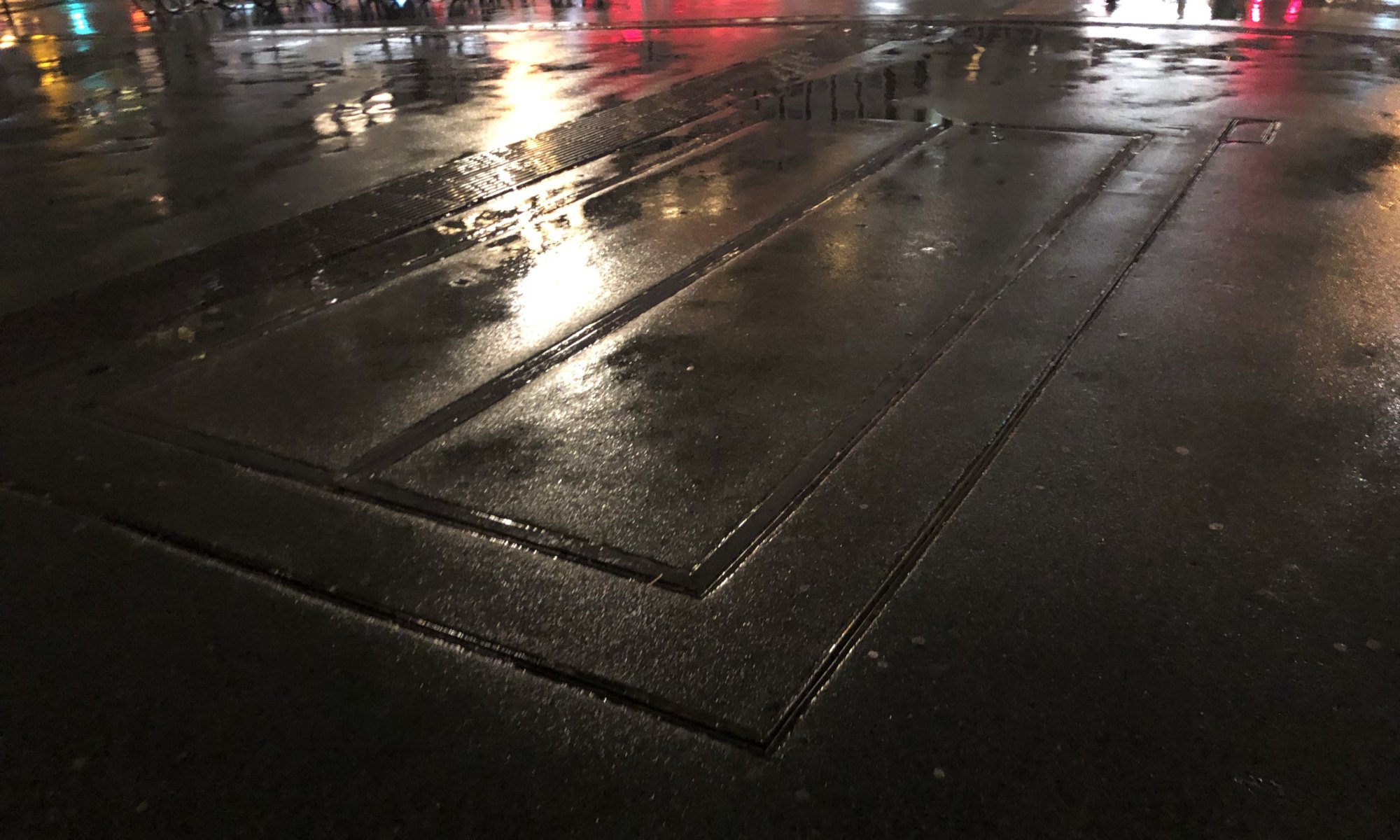 When you arrive at the main railway station of Kassel, Germany (not to be confused with Kassel-Wilhelmshöhe) and leave the main building you might wonder that there is a large unused space in front of it. The answer is hard to find and located under ground: from 1941 to 1943 the railway company of the Deutsches Reich (the Reichsbahn) invested a lot of money to create an underground air-raid shelter in front of the station. It was supposed to protect travellers that arrive at Kassel during an attack.

There were entrances in front of the station and the shelter was obviously constructed well as a direct strike happened and didn’t destroy the air-raid shelter. After the war the place was taken over by the local administration and it served different purposes: as an underground hotel and warehouse. In 1966 it was partially removed to create an underground tramway stop – which was later closed again. You normally can’t visit it but during documenta 14 it became an exhibition location and attracted many visitors.

Because of the arms race between the United States of America and the Soviet Union and the nuclear threat the air-raid shelter was refurbished and converted into a fallout shelter in 1969. The ceiling made of concrete became 2 meters thick and the place was designed to host 3,000 to 3,700 persons. Everyone could enter the shelter until it was full – there was no designated group of users. That is quite surprising as only a very low number of people could be rescued throughout the city.

The shelter is designed to be used for four weeks. 3,000 persons underground in such a facility – that what also create psychological problems. Still today you can find 1,000 tranquillizer pills in the building. Additionally, there are no mirrors and no doors within the rest rooms (only curtains) to prevent people from committing suicide. The temperature in the shelter is always between 10 to 12 degrees Celsius – until people get inside. The shelter doesn’t need a heating system. It just needs a cooling system.

The fallout shelter is in very good condition. It looks like you could immediately start to use it again. All electric systems are still working and there are no electronic or digital devices installed as they would be destroyed during a nuclear attack because of the electromagnetic waves. In 1989 the shelter was last used when the border between the GDR and the FRG was opened: to host the guests travelling to the West and not having a hotel room or any other bed to sleep.

When the new RegioTram station was built a mistake happened: a water pipe was damaged and the shelter was flooded. As a result dangerous fungi grew and the shelter couldn’t be visited anymore. In the end of 2019 the shelter could be opened again and a team consisting of the ViKoNauten, the firefighters association and the Stadtmuseum organises tours ones a month. Check their web site and book in advance – the tours are typically sold-out pretty fast in advance. The current entrance to the shelter is next to the railway tracks one floor down, close to the police station.