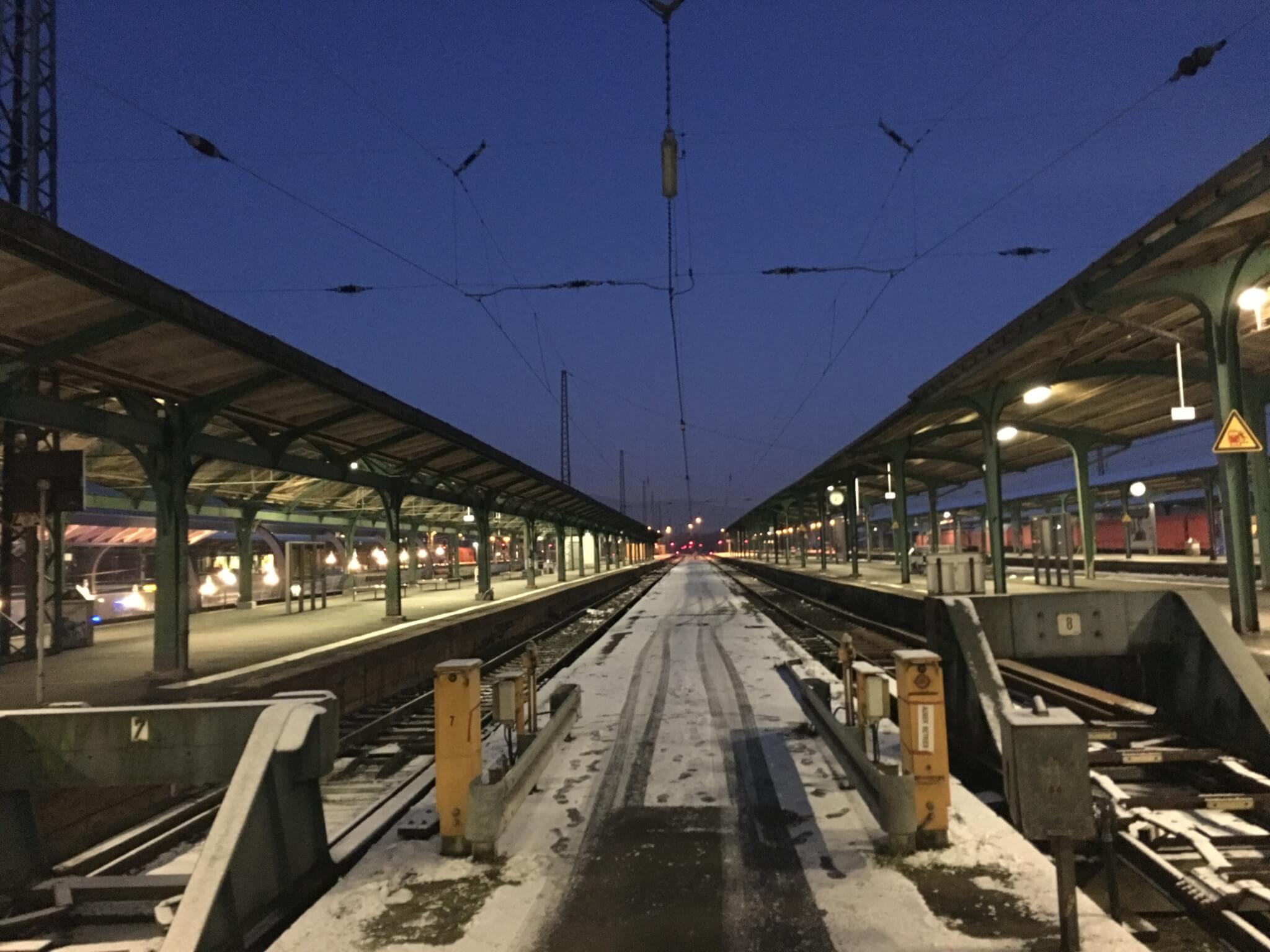 The Hauptbahnhof (main railway station) of Kassel, Germany is located close to the city center at the Rainer-Dierichs-Platz. It is only a ten minutes walk through the Treppenstraße (the oldest pedestrian zone in the world) to the Königsplatz, which is a main square in Kassel. The railway station is also called Kulturbahnhof (cultural railway station) because it contains art galleries, cinemas and a cartoon museum.

The shops and restaurants at the Kulturbahnhof aren’t that nice but there are some things to recognize: at first there is a stop for the so-called RegioTram – a train that passes the city center of Kassel as a tramway and then continues from Kassel Hauptbahnhof to Kassel-Wilhelmshöhe and further destinations as a regular train. A quite unusual constellation I haven’t seen anywhere before.

The second thing is some artwork around the railway station. Some buildings have been used for the exhibition dOCUMENTA (13) in the year 2012. Close to them you’ll find on the former track 1 an installation of Lois Weinberger (“Gleis 1”) showing how nature reclaims its territory (documenta X, 1997). In front of the railway station there is an artwork that became a symbol of Kassel: the “Man walking to the sky” from Jonathan Borofsky (part of documenta IX, 1992).