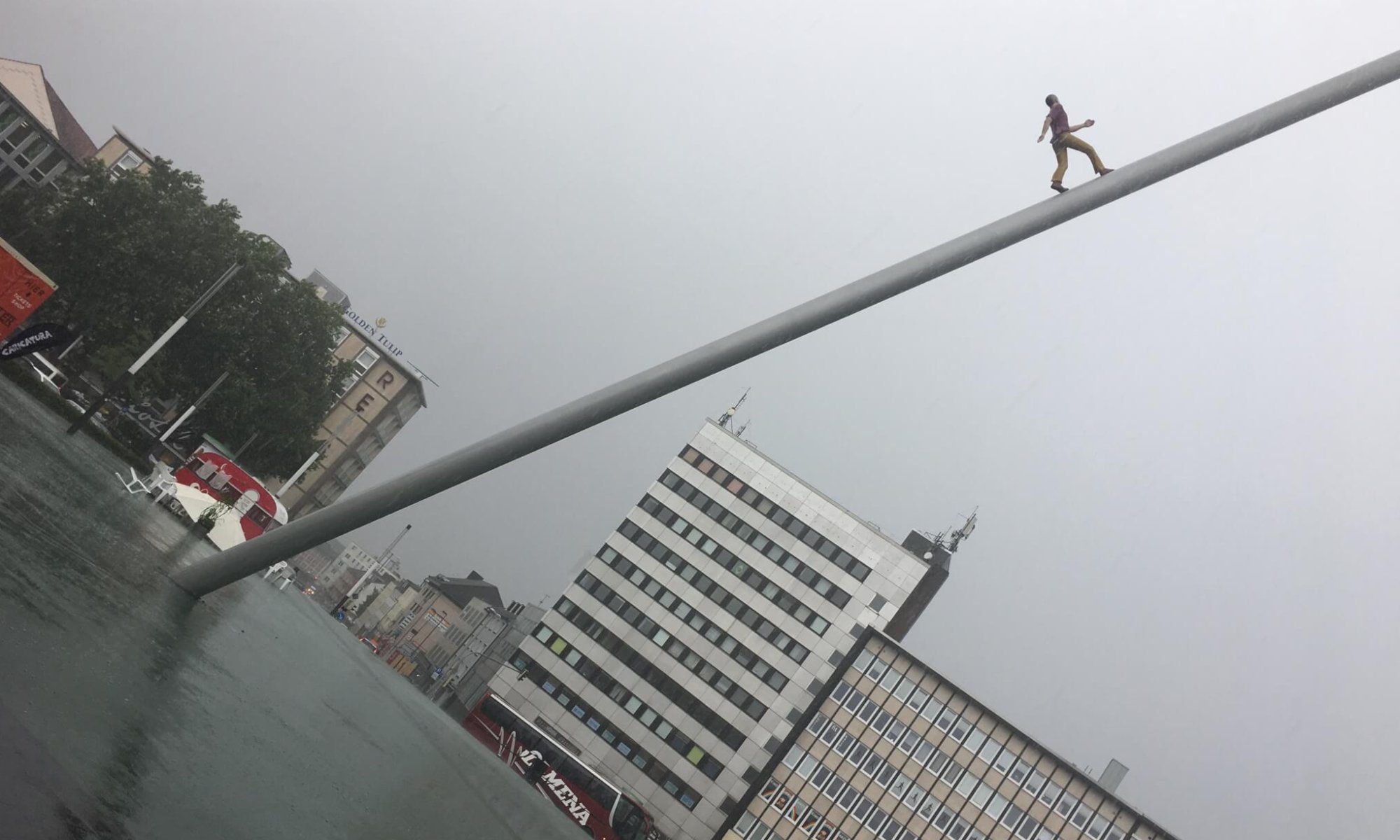 The Himmelsstürmer is one of the most famous art works in Kassel, Germany – originally named Man walking to the sky by the artist Jonathan Borofsky. It was created for the art exhibition documenta IX in 1992 and was placed by that time on the Friedrichsplatz in Kassel. It is a 25 meters long steel tube, inclined at 63 degrees with a man (in yellow trousers and a purple shirt) on it.

The costs for producing the work was 70000 DM,  after the exhibition the city bought it for 690000 DM. After a short time on the Platz der Deutschen Einheit it was placed in front of the Kulturbahnhof (Kassel Hauptbahnhof, near the city center). The locals associated the work with the positive developement of the city. Today pictures of it are often used when advertising for the city and on souvenirs. The female counterpart Woman walking to the sky can be found in Strasbourg, France.

One Reply to “Man walking to the sky”