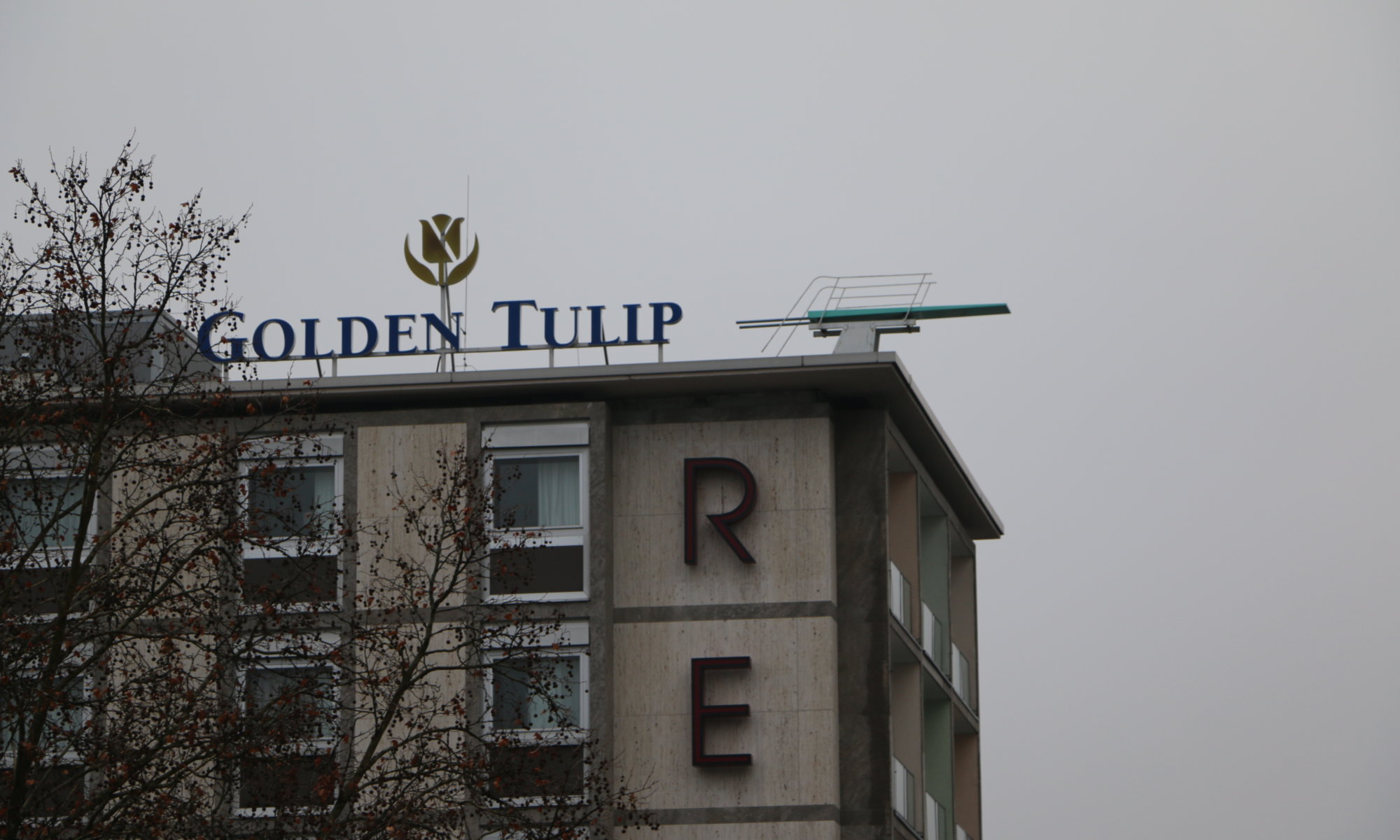 It’s one of the most unexpected artworks at Kassel, Germany and even as it is close to the Kulturbahnhof many visitors simply don’t see it. Local artist Ralph Raabe built a springboard and placed it onto the Hotel Reiss. If you would use it, you would fall eighteen meters deep and hit the street underneath. It is called ‘Arschbombe‘ (cannonball) which describes the pleasure to jump into a pool with the goal to splash as much water as possible.

The artwork has been installed in 2002 and after the hotel has been sold to a new owner it was planned to be removed in 2011 – but luckily it is still there. It just makes me a bit uncomfortable when looking at it; I’m in fear somebody might really use it…