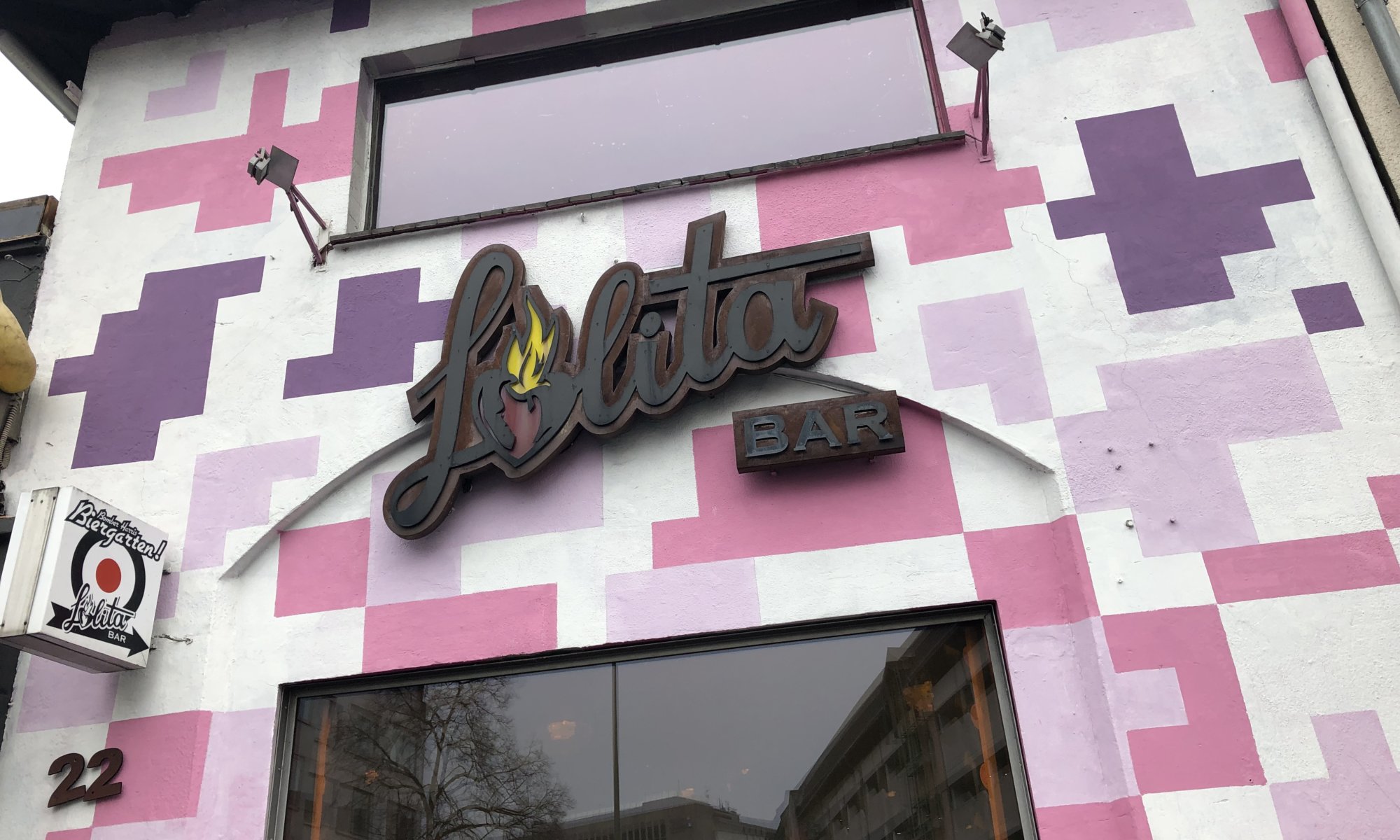 The Lolita Bar is a lovely and iconic bar at Kassel, Germany. It is cosy, good music is played and they serve a nice selection of drinks. If you show on social media that you are there and most of your friends are not from Kassel you might have to explain that this is not a red-light venue. 😉 Get there on a Wednesday, Friday or Saturday.

The Lolita Bar is part of a complex with other clubs like the A.R.M. (‘Arbeitskreis Rhythmussuchender Menschen‘), the Weinkirche and the Bomber-Harris-Beergarden. The latter is named quite special for a city that has been destroyed to large extent by bombs in World War II. Bomber Harris is the nickname of Sir Arthur Travers Harris who lead the RAF Bomber Command. An the other side of the street you are supplied with good food from Cult Cassel.

One Reply to “Lolita Bar”