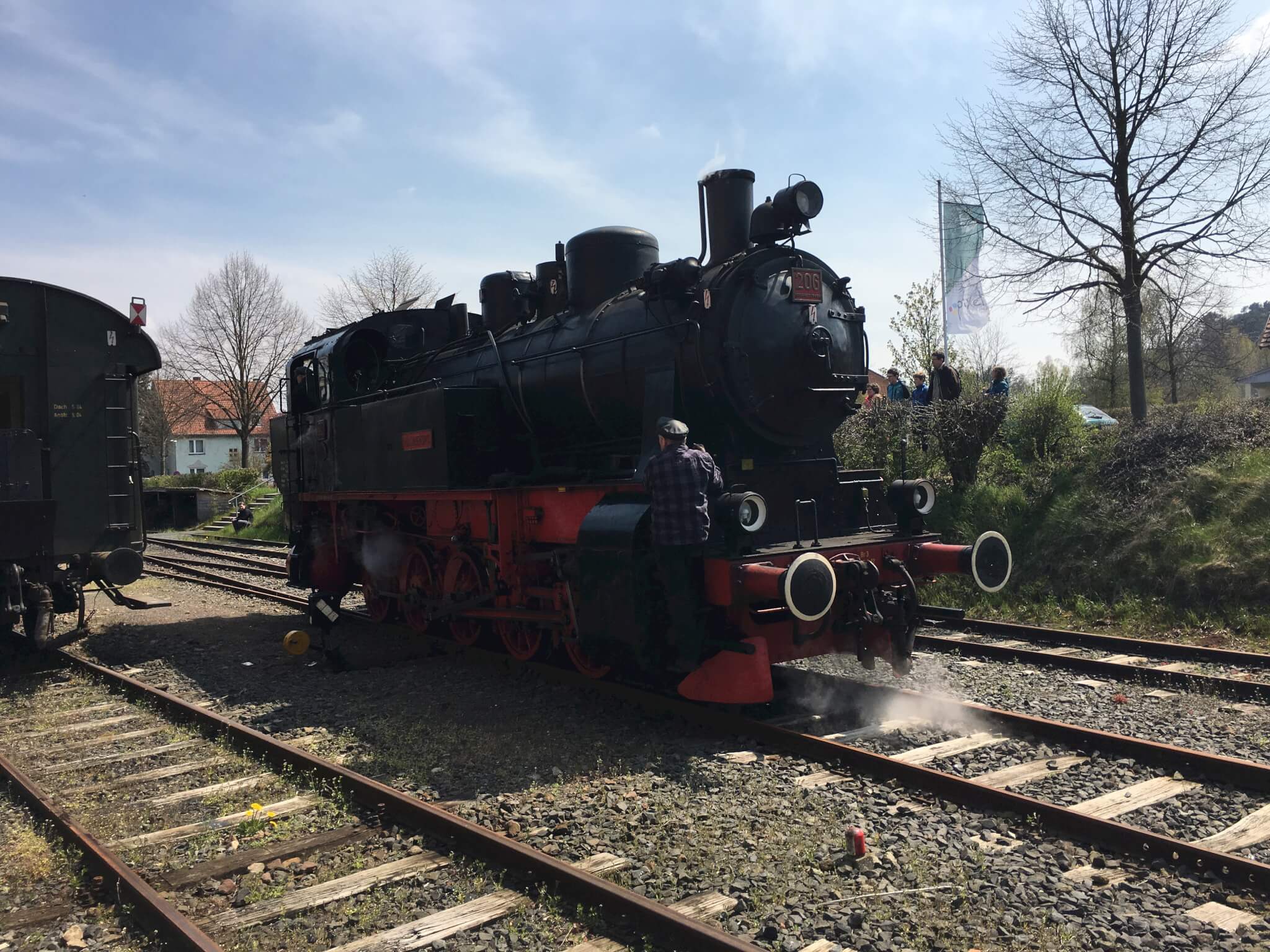 There are lots of abandoned railway tracks throughout Europe – some became unnecessary because of the technical progress and some have been replaced by better (but often more expensive) routes. One example that has been revived is the track leading from Kassel to Naumburg, Germany – now used for steam engine rides.

In 1903 the 33,4 kilometers long route from Kassel via Baunatal, Großenritte, Elgershausen, Hoof, Breitenbach, Sand, Bad Emstal, Balhorn and Altenstädt to Naumburg (near Kassel, not at the river Saale) has been built. It gave the people the chance to return home from work in Kassel and Baunatal each day by train. In 1977 the last passenger transportation was carried out here.

Later on a private association called “HESSENCOURRIER” collected steam engines and carriages and started with special trains from Kassel to Naumburg. The trains depart south of Kassel-Wilhelmshöhe in the industrial zone “Technologiepark Marbachshöhe“. The route to Naumburg is quite interesting because it has a maximum inclination of 25 % and some parts in Baunatal are used also for the tramway of Kassel.

The tickets are not cheap but much cheaper than those for the steam trains going to the mountain Brocken. Even though the members of the association work without getting paid for driving the train, checking the tickets and repairing the train the revenue is still insufficient and they have to ask for donations.