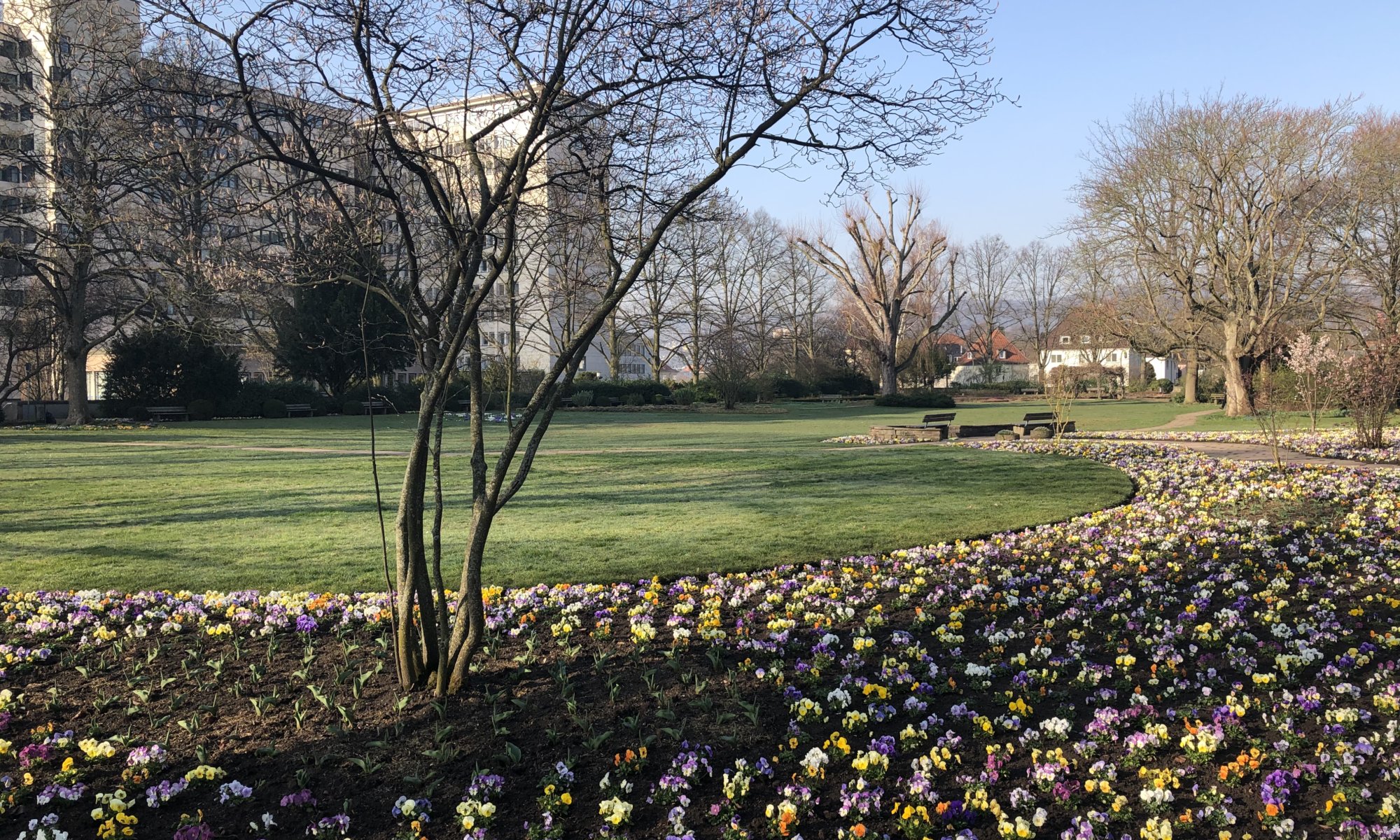 The Stadthallengarten is a nice public park in the city quarter Vorderer Westen of Kassel, Germany. You can sit down, enjoy plants and trees or do some sports. The park was created in 1905 on the grounds of the former Gärtnerei Flora – by request of Jewish industrial Sigmund Aschrott. In 1913 he gifted the by then called Florapark to the city under the obligation to build a festival hall there. The result is today known as Stadthalle or Kongresspalais Kassel.

In 1950 a gardening exhibition took place on these grounds and 50.000 visitors could be attracted. This was the cornerstone for the Bundesgartenschau held at Kassel in 1955. Every year in September the Stadthallengarten is full of special characters including orcs, uruk-hais, video game characters and especially manga characters. Reason for that is the manga convention Connichi held at the Stadthalle – and most visitors are dressed-up accordingly.