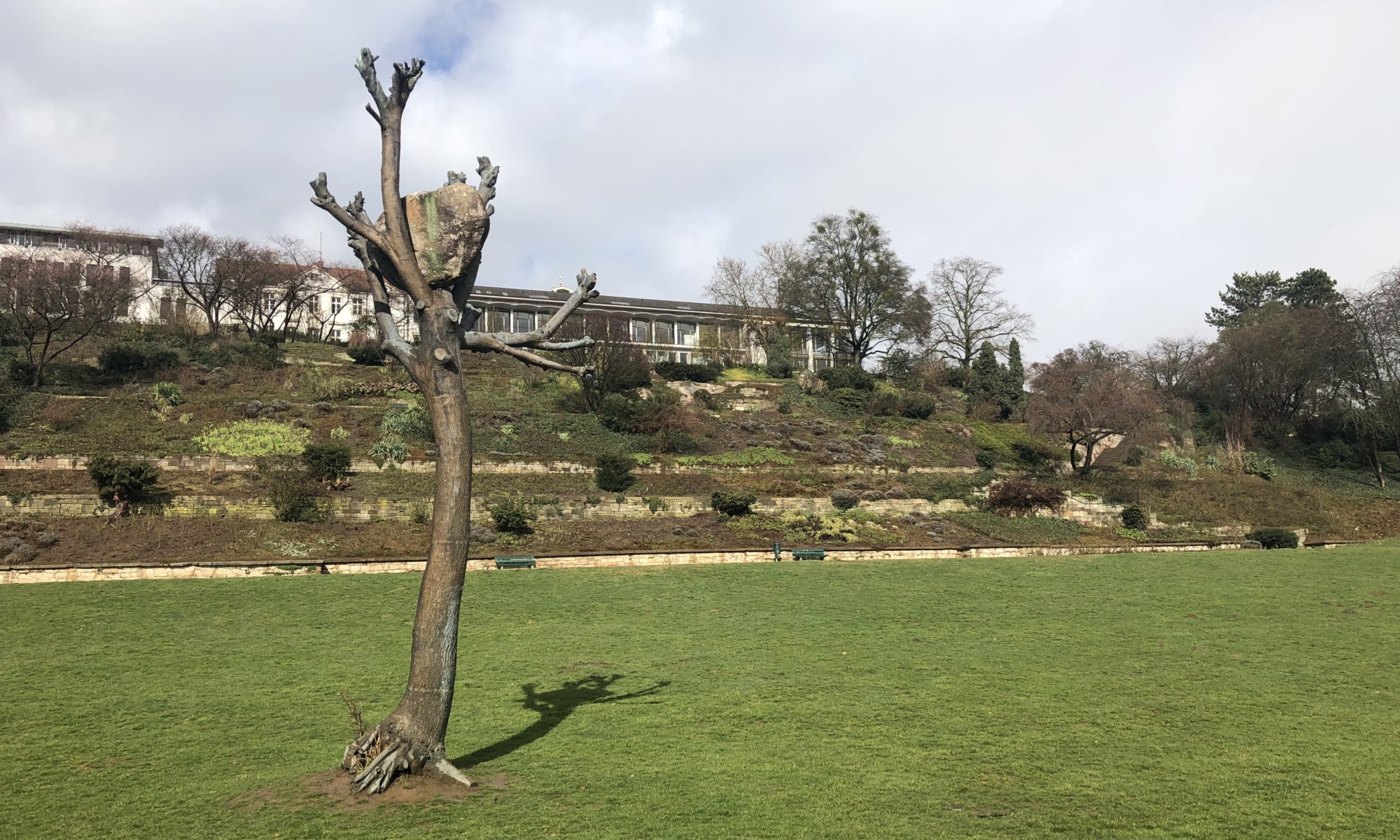 The artwork ‘Idee di Pietra‘ by Giuseppe Penone (also called ‘Penone tree‘) is one of the most beloved works shown during the documenta 13 in 2012. It is located in the Karlsaue at Kassel, Germany and was bought after the exhibition using donations by the citizens. It is a bronze replica of a hazelnut tree with a giant foundling consisting of granite on top. An artwork that always catches the attention of pedestrians.

The tree has no leaves and the branches seem to have been cut off. A strange and confusing look. The work was placed there already in 2010 as the first artwork of the documenta 13 in 2012. Giuseppe Penone is one of the main artists of the Arte Povera – an Italian art movement of the 1960s and 1970s. They work mainly with trivial (‘poor‘, ‘povero‘/’povera‘) materials.

One Reply to “Idee di Pietra”