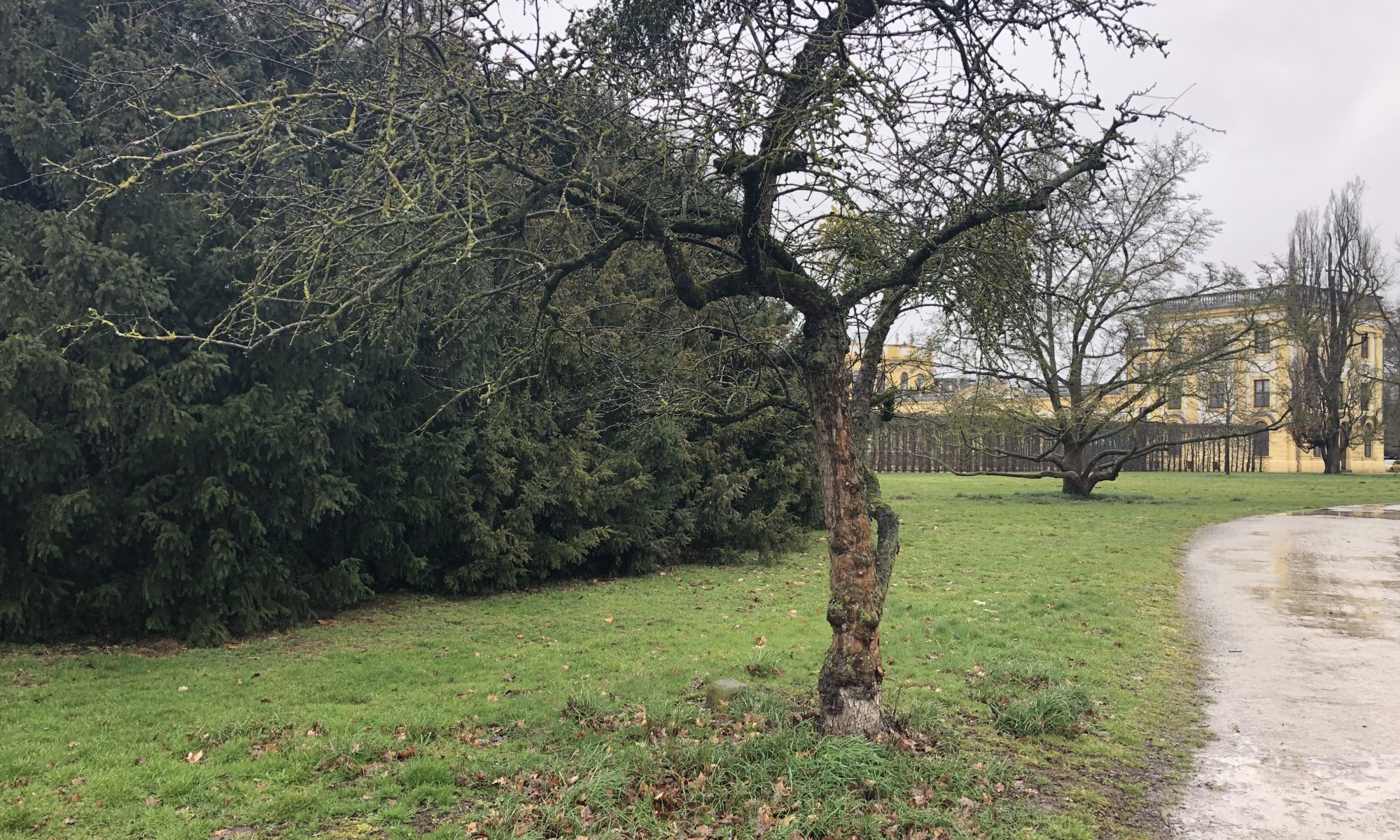 There aren’t many documenta artworks left at the Karlsaue in Kassel, Germany. You can find the Spitzhacke by Claes Oldenburg (documenta 7, 1982) and the Idee di Pietra by Giuseppe Penone (documenta 13, 2012). And then there is a special tree – the Arkansas Black Apple by Jimmie Durham (documenta 13, 2012). The fruits are nearly black and the tree reminds the artist of his childhood. It is a very simple but yet highly complex artwork – if you want to see it as one.

Planting trees is a common task during documenta times – and that doesn’t only mean the Stadtverwaldung artwork of Joseph Beuys (document 7, 1982). Jimmie Durham and Carolyn Christov-Bargargiev also planted a tree called ‘KZ3‘ or ‘Korbiniansapfel‘ near the ‘Arkansas Black Apple‘. It is named after Korbinian Aigner who grew these trees at the concentration camp Dachau. Unfortunately it was destroyed in 2015.