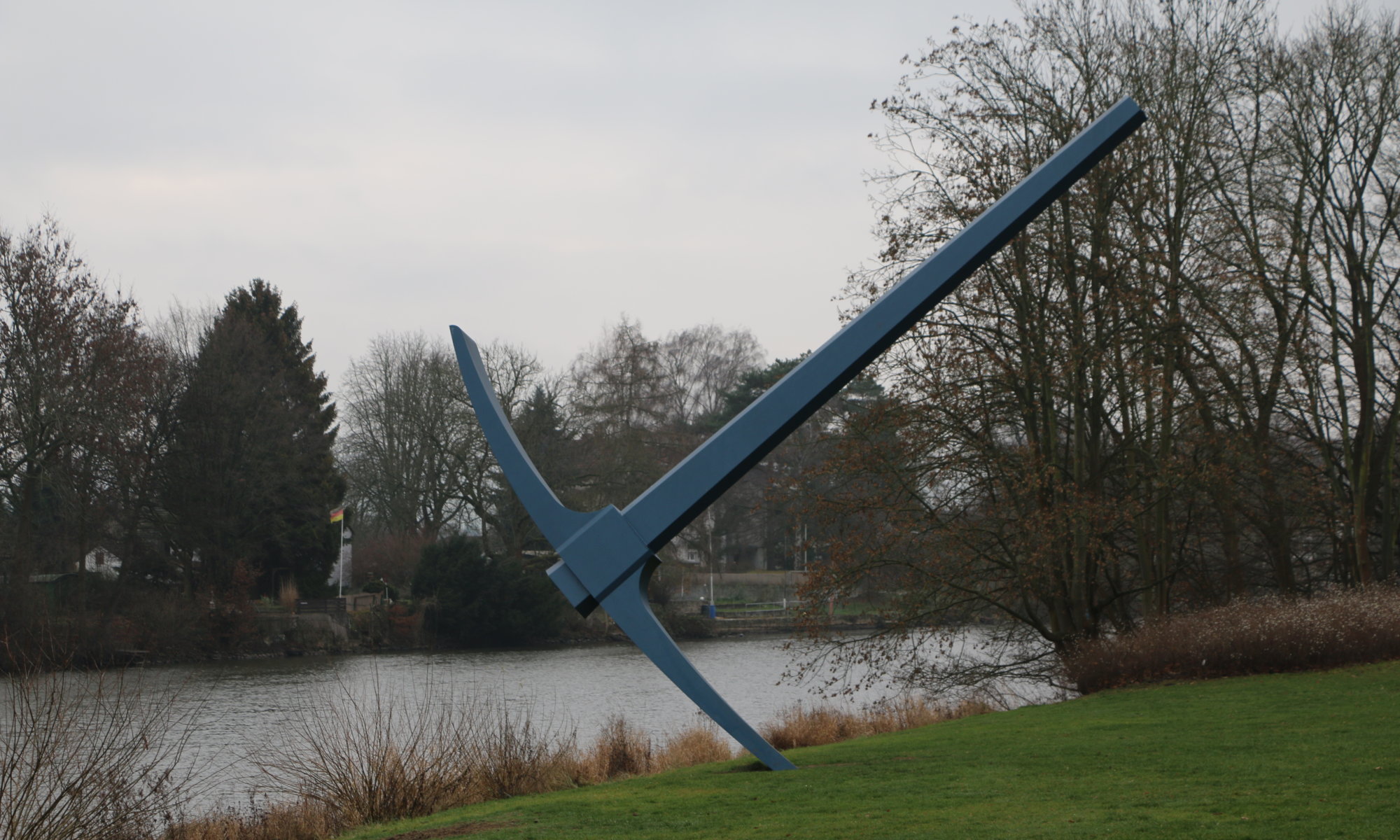 When you’re walking along the Fulda close to the Orangerie at Kassel, Germany you might be a bit surprised to see a giant pickaxe close to the river. Or you might be not surprised as you can see many artworks throughout this city regularly hosting the art exhibition documenta. Why would you enlarge a pickaxe massively and put it at this specific place?

The Spitzhacke artwork dates back to the documenta 7 in 1982. It is the work of the Swedish-American artist Claes Oldenburg who was exploring the city and found a pickaxe next to the Orangerie. His pop art-style works often include to enlarge normal objects and he decided to do so here, too. And it looks quite dynamic as you get the feeling that it might fall every second.

What has the giant pickaxe to do with Kassel?

The work is connected in different ways with Kassel: it is located near the Rosenhang where after World War II the unusable rests of the houses from the destroyed city center were brought and pickaxes were used. The most important connection can be seen if you look on a map: Kassel is well-designed with a clear axis that starts at the Herkules monument. This line goes down via Schloß Wilhelmshöhe and the very long Wilhelmshöher Allee.

What you don’t recognize while walking through the city: this line of sight ends at the Brüder-Grimm-Platz – a rather unimportant place next to the town hall. There the road makes a turn and becomes the Königsstraße, the pedestrian zone that leads to the Friedrichsplatz with the Fridericianum and the Königsplatz. It feels like broken, if you see it on maps or satellite material.

Claes Oldenburg extends this axis down to the river Fulda. The pickaxe is located at the place where it would meet the river. Therefore it looks like as the giant Herkules has thrown the pickaxe all the way down to the river. Making this ancient hero throw a normal modern tool like a pickaxe gives the artwork an interesting spirit.