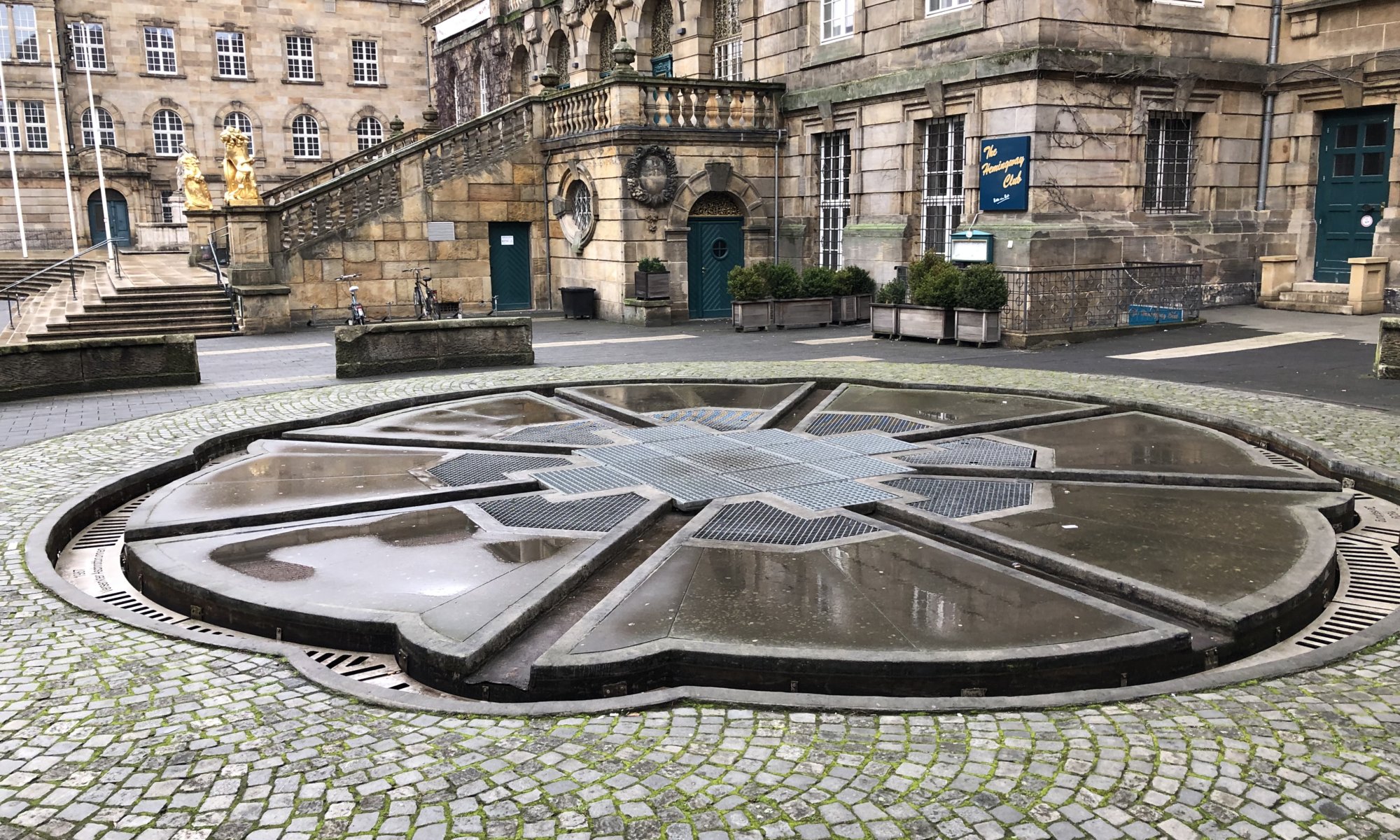 The Aschrottbrunnen in front of the town hall of Kassel, Germany is a special fountain with a sad history and it is also an artwork that is often overlooked. That is especially because the fountain looks flat and is built headfirst into the ground. An unusual situation that requires to step on top to see and understand the fountain and artwork.

Between 1905 and 1909 the town hall of Kassel was built in renaissance revival style. As an addition in 1908 the Jewish industrial Sigmund Aschrott financed a fountain in front of the town hall – in the same style and by the same architect (Karl Roth). It carried a 12 meters high pyramid made of sandstone on top.

After the rise of German fascism the fountain was named the ‘Judenbrunnen‘ and in 1939 citizens of Kassel destroyed. This was later justified by creating an expertise that said that the fountain contained Jewish elements and symbols of the free masons. When World War II was over flowers were planted there.

In 1987 the artist Horst Hoheisel redesigned this place as an unofficial contribution to the documenta 8 art exhibition. He took the form of the former fountain, created it with concrete and did put it headfirst into the ground. The 12 meters long pyramid even touches the ground water. Now you have to step on top to see the water falling down and to understand what is missing here. Since 1998 a model of this fountain can be found at Yad Vashem, Jerusalem, Israel.