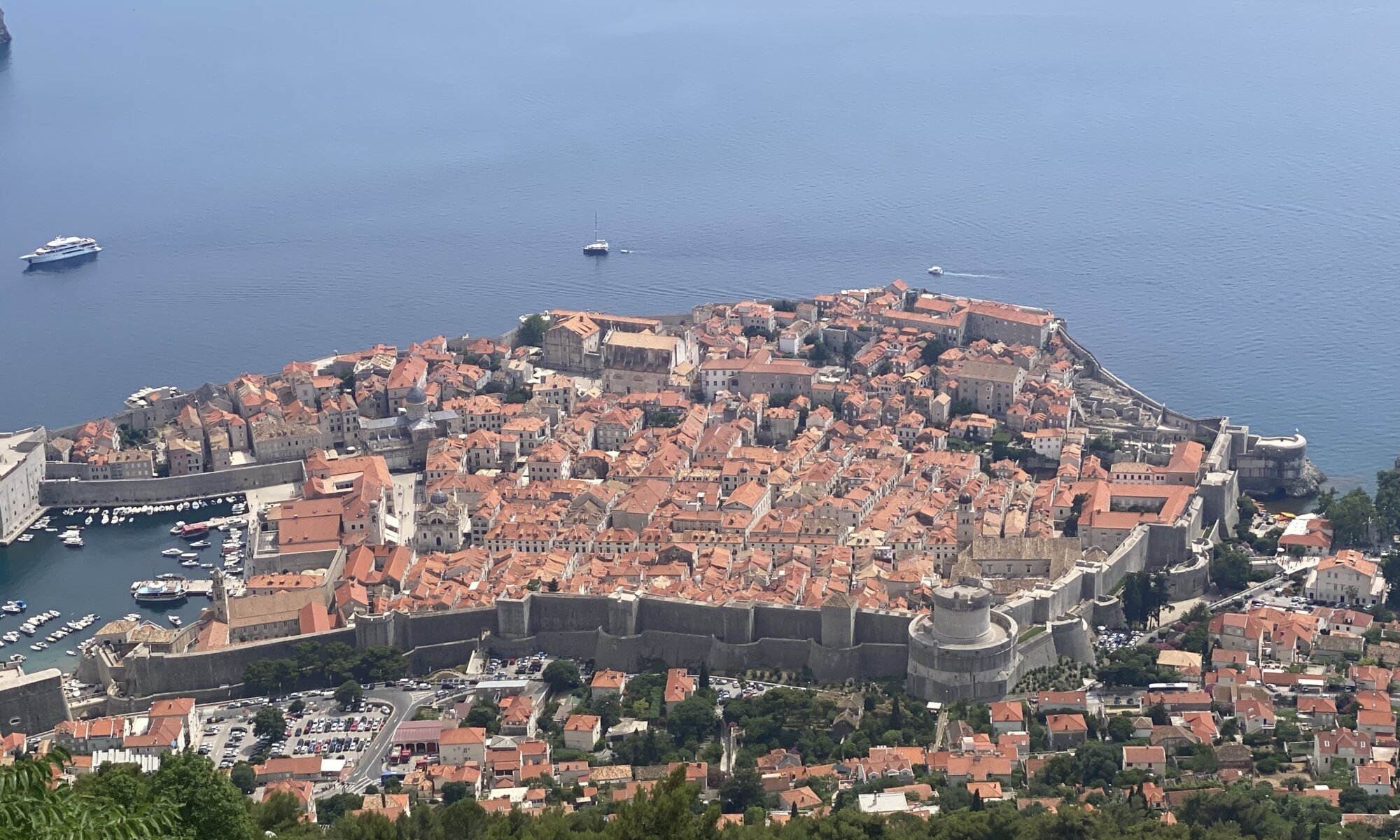 Visiting Dubrovnik, Croatia, is a special pleasure. It is a medieval trade city with high walls, beautiful houses and streets made of ancient stones. A place with two wonderful harbors and an atmosphere that makes it easy for you to travel back in time. A place that is for very good reasons listed in the UNESCO world heritage site list as a whole. And it is an amazing place for canoeing around historic sights. As much as you need to see Venezia once in a lifetime you need to see Dubrovnik.

On the other hand people might see the city as a Croatian Disneyland. All damage of the past has been restored, everything in the city center is shiny and optimized to give the tourists this time-traveler feeling. Tourism is what preserves this site and powers the city. Therefore you can find an endless number of hotels and touristic offers like the DubrovnikCard. When you look behind the preserved historic facades on the main street Stradun you see an endless number of tourist shops, bakeries and ice cream vendors.

There is no mixed usage of the historic city center. There is nearly nobody living in ancient Dubrovnik; all available space that is not used for restaurants and shops seems to be offered as away homes. And this is a tendency that worsened over the last decade. With the TV show Game of Thrones showing Dubrovnik frequently on screen the number of tourists increased dramatically. But lets see whether this will reduce in the future. Dubrovnik is located very remote in the south of Croatia, close to the border to Bosnia and to Montenegro. One does not simply drive by there, one goes there by intention.

Most parts of the inner city are located on a rock that was once an island. This ideal geographic location was used very early by humans. Illyric settlements in the 3rd century CE are documented. The first fortification has happened during the reign of the Roman Empire in the 6th century. Later Dubrovnik developed continuously into a trade nation, first under the name Ragusa. It was interacting with the republic of Venezia, Byzantine and the Osman Empire to gain wealth. But it was also dominated by different forces, became part of France, Austria and later Yugoslavia. They all left their traces in the city.

The main and most important sight are the high walls surrounding the city center. You should definitely take this nearly two kilometers long walk with excellent view. You will pass the Minčeta tower, the Bokar fortress and numerous beautiful towers. When you enter the city through the ancient Pile gate or Ploče gate you can explore a classic medieval town; not extremely large but with many streets to discover. Within you can find the Rector’s palace, the Franciscan and Dominican monasteries, the main street Stradun, the Onofrio fountain at the Pile gate, the Orlando column, the Sponza palace, ancient churches (like the Crkva sv. Ignacij, the St. Blaise church, and the cathedral Katedrala Uznesenja Blažene Djevice Marije), as well as an amazing harbor.

West of the old city center you can discover the western harbor (the best place to rent canoes), climb up to the fantastic Lovrijenac fortress and (one land tongue more to the west) stroll through the Gradac park. Dubrovnik also offers different rather small museums: the Maritime Museum about seafaring, the tiny but wonderful natural history museum, the Museum of Modern Art (MOMAD) outside the city center, and the Museum of the Croatian war of independence on top of mountain Srđ can be recommended.

When it comes to the best views and pictures of the old town, you’ve got two options: When walking on the walls you’ll find the perfect photo spot on top of the Minčeta tower. But you shouldn’t omit to take the cable car (to base station is close to the Ploče gate) to the top of mountain Srđ: from the formerly French Fort Imperial you can spot everything in the city. And in addition you can learn more about the siege of Dubrovnik during the Yugoslav wars. And if you can’t get enough of the panorama: there is also a great restaurant next to the cable car stop with a fantastic terrace facing the city.

Whenever you need a break from the hustle and bustle in the city you have at least two perfect options nearby: You can reach the island of Lokrum (with the botanical garden and Fort Royal on top of a rather steep mountain) by boat from the harbor in the historic city center. And if you search for something even more relaxing you can take the bus to Cavtat from the Dubrovnik bus terminus. You will be rewarded with different small beaches distributed along a shore with a beautiful forest.

Going to Cavtat is one reason to take a bus, reaching the airport at Čilipi, a small town 20 kilometers southeast of Dubrovnik is another. Both buses start at the bus terminus (Autobusni Kolodvor) in the modern harbor in the northeast. The historic area of Dubrovnik itself is small, and the buses of Libertas are mostly only needed for travelling to remote hotels. I booked myself in at the Hotel Petka close to the new harbor and the bus terminus for practicality reasons. It is easy to reach from the airport, you’ve got a supermarket next door and you can enjoy good beer from the Dubrovnik Beer Company. If you’re planning a trip: consider doing it off-season. Yes, Dubrovnik is hyped, sometimes overcrowded – but absolutely worth a visit.