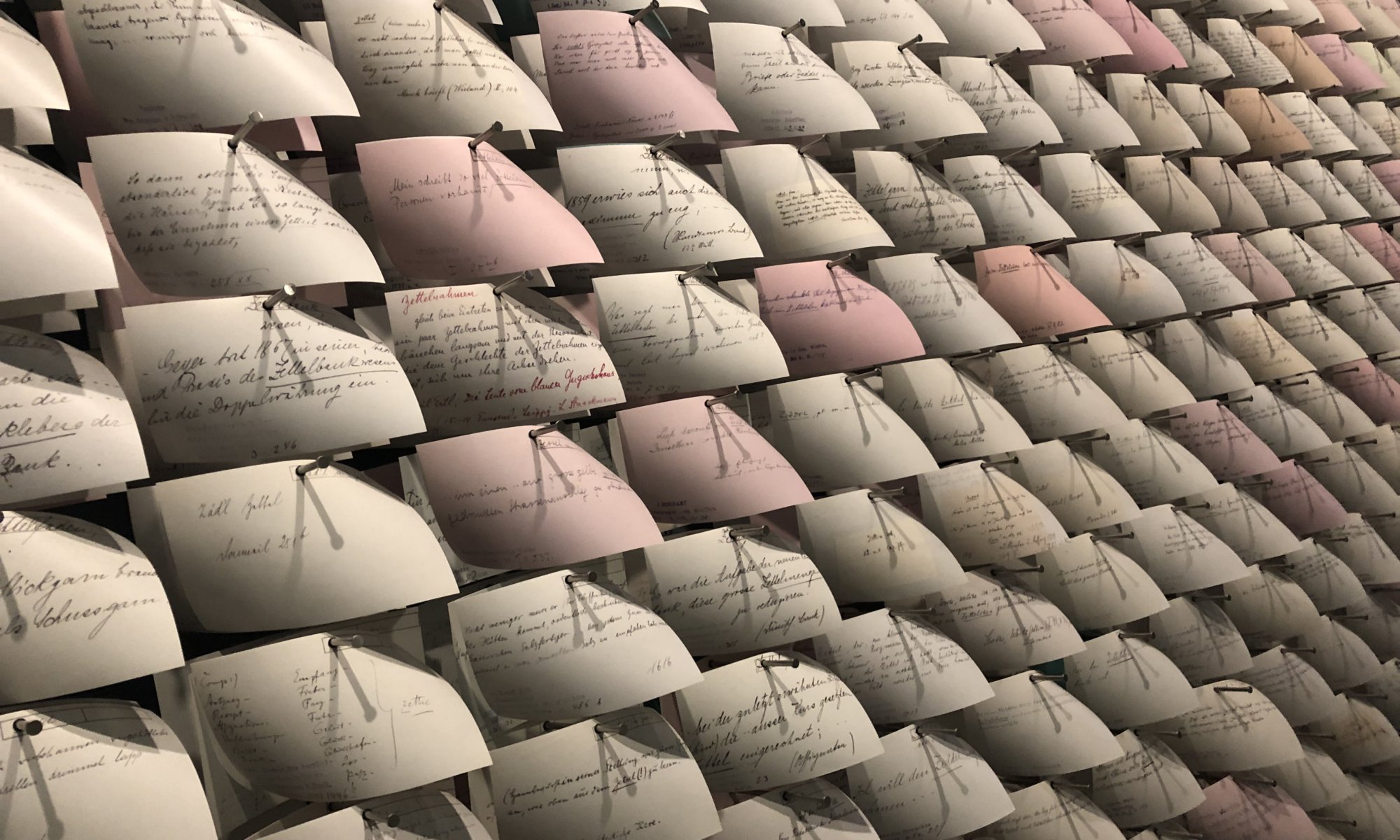 The Grimmwelt at Kassel, Germany is a museum at the Weinberg near the city center dedicated to the life, work and publications of Jacob and Wilhelm Grimm – well known as the Brothers Grimm. It was opened in 2014 and is a replacement for the Brüder-Grimm-Museum existing until then at the Palais Bellevue.

Who were Jacob and Wilhelm Grimm?

The Brothers Grimm were linguists and folklorists born in 1785/1786 at Hanau, Germany. In 1798 they were sent to school at Kassel and later began to study at Marburg. Both became professors at the university of Göttingen. Later they were removed from the university because of opposition to the king of Hannover – they are part of the famous Göttinger Sieben. The king wanted to breach the constitution which was unacceptable to them – Jacob was even banned from the kingdom. They went to exile at Kassel and then moved to Berlin.

During their lifetime they produced a lot of works that endure. This includes a collection of fairytales (‘Kinder- und Hausmärchen‘) and legends (‘Deutsche Sagen‘), the history of the German language (‘Deutsche Grammatik‘, ‘Geschichte der deutschen Sprache‘) and a dictionary (‘Deutsches Wörterbuch‘, but they only reached the word ‘Frucht‘ – the rest was added afterwards).

What can be seen at the museum?

The museum contains 25 sections and space for changing exhibitions. Every section is labeled with a word from the Deutsches Wörterbuch like Quitte, Wortarbeit or Dornenhecke. You can learn more about their work about the dictionary, about their fairytales and the reception of them worldwide. And you get an sight of the life of these two. It is an impressive modern building with a nice roof terrace and absolutely worth a visit. The topic isn’t easy to present in a museum, but they found a good way with a modern and stylish presentation. And there are many playful items that kids will love. On the ground floor there are sufficient lockers and also a coffee bar.