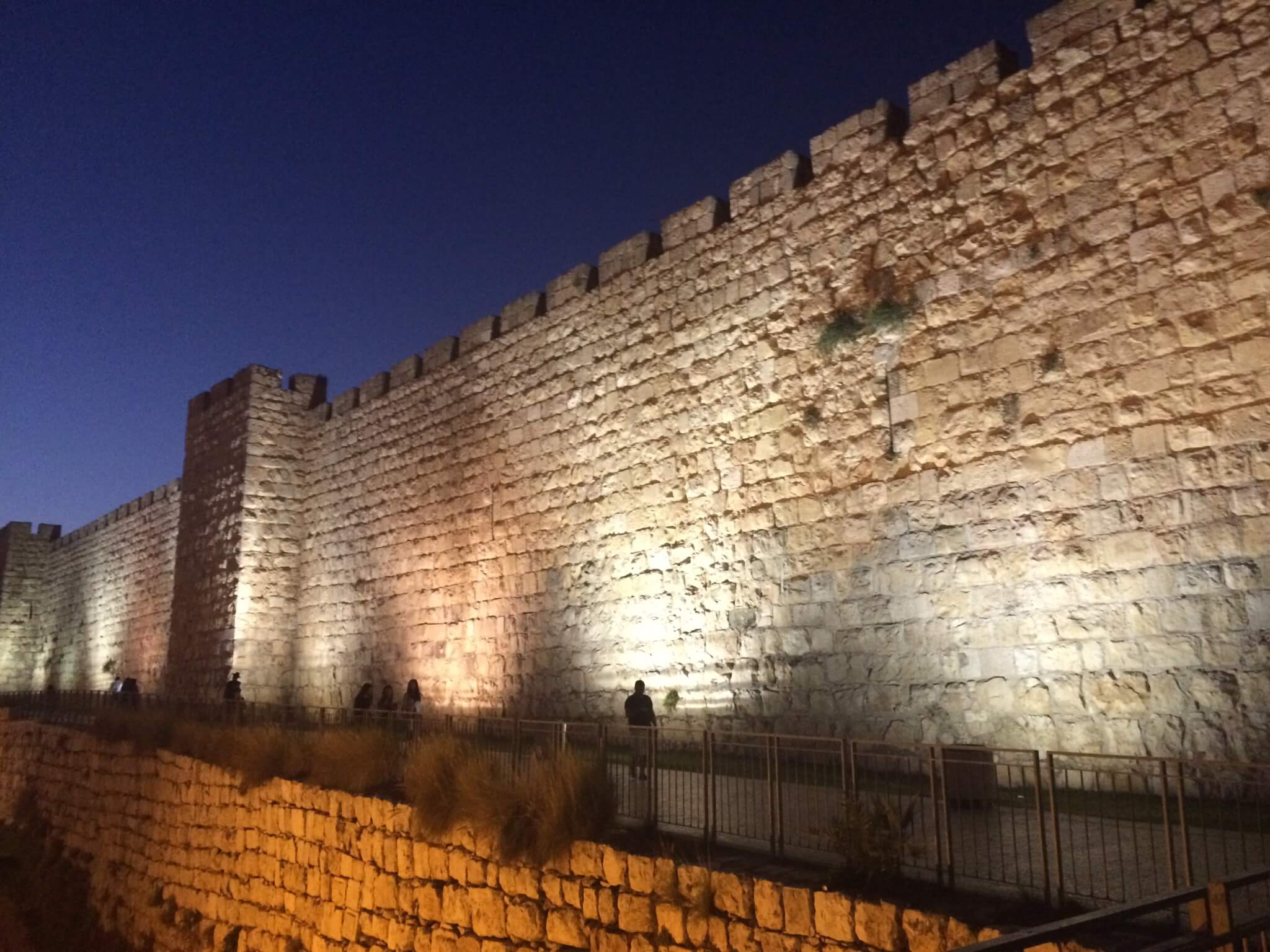 When I had to select the destination for my 34th birthday, Israel came into my mind – mainly because I wanted to see Yad Vashem. When I started to talk about this idea I was bothered with a lot of security issues. Friends and family didn’t like the idea of me being at an unsafe area influenced by the conflict between Israel and Palestine. When travelling throughout Brazil I read Breaking news by Frank Schätzing (which in some part tells the history of Israel and the storyline is also situated at Jerusalem) and the decision to go to the Holy Land finally was made.

The security concerns of the people surrounding me in the end seemed to be kind of unnecessary and a bit exaggerated. As pre-emptive measures I booked the trip at a German travel agency located in Düsseldorf which gave my booking to an Israeli tour operator based in Tel Aviv. And I registered myself for the first time of my life at the German embassy to receive security updates in case of emergency. Additionally I spared out the Negev desert because the Egyptian government isn’t strong enough to keep the “Islamic State” at the Sinai peninsula under control. In fact, the only security problem during my stay was a rocket attack from Egyptian grounds on the Negev area which destroyed nothing and hurt nobody. And I felt safer in Jerusalem than for example at Rio de Janeiro.

When I arrived at Ben Gurion International Airport I had to wait some time at the immigration control – but not as long as in South American countries. Israel stopped stamping passports because Arabic states started to hinder immigration of people that have been in Israel. Instead you nowadays get a small slip functioning as a visa, which you should not loose during your stay. On the first level of the arrival hall I found my car rental provider, Hertz, who uses a lot of interesting IT support; more futuristic than common in Germany.

I received a Nissan Micra which could have had a bit more power for the hills of Jerusalem but which was absolutely great for navigating towns with narrow streets, like Nazareth. As a navigation system they offered me an iPad mini with an Israeli SIM card and unlimited bandwidth. It was costly (80 shekels a day) but absolutely worth it: I could easily navigate to all sights and via tethering my iPhone was continuously connected to the world, which might have flattened some fears of the people at home.

I went to nearby Tel Aviv-Jaffo and checked in at nice boutique hotel close to the old harbour of Tel Aviv. It was Shabbat which meant that some sights (like the Carmel market and the Azrieli tower) where closed but the city was more vivid than I expected. I took a look at the Tel Aviv museum of art, wandered throughout Ben Gurion street and Dizengoff street and walked along the different beaches to the old city of Jaffa (with the rocks, Andromeda was bound to).

After a little too few time in TLV I continued to Jerusalem, checking in at the legendary American Colony Hotel. I was deeply impressed by the old town of Jerusalem, fenced in by ancient walls, with narrow and mostly covered paths and lots of holy places for the three world religions. I don’t often say that a place is a must-see, but the old town of Jerusalem is definitely one. You can still imagine what the crusaders must have felt standing in front of these huge stone walls.

On my birthday I went with my car to checkpoint 300 – the direct connection between Jerusalem and Bethlehem. With a taxi I crossed the border to the Palestine autonomy area (and the wall) and a guide showed me around at the Church of Nativity. As it was Sunday morning an orthodox divine service was held above the grotto where Jesus was born according to ancient reports. My guide negotiated that I could walk down and see the place, where an iron star on the ground marks this place important for Christianity.

After leaving the area secured by Palestine forces I returned to Jerusalem and drove along the Dead Sea, visiting Qumran and the fortress of Herod at Masada, which plays an important role for the people of Israel. After having spectacular views on the mountains and the water I decided to go to Ein Gedi spa and try to float on the Dead Sea. It was much too warm but unsuccessfully trying to swim within these salty waters was a great experience.

On the next day I went to Yad Vashem, the World Holocaust Center. Seeing the museum and the great architecture of this place was superb, even as I was shaken pretty much emotionally during that stay. I also had the chance to find the names of two persons from my home town, whom I organized a memorial event for, in the Garden of the Righteous among the nations. Later I continued to the Israel museum opposite to the Knesset and then I visited the Church of the Holy Sepulchre (where Jesus was buried) and the Western Wall, important for Jews.

Being at Jerusalem during Ramadan was quite a drawback. During the evening hours the Muslims kept people of obviously other beliefs from visiting the Muslim quarter of the old town. When I tried to enter the temple mount in the morning through the only gate for non-Muslims (next to the Western Wall) I was ousted immediately by black-dressed women with continuous and loud Allahu akba (“God is great”) shouts. Instead I walked onto the Ramparts of the town and watched the city from up above, but the part surrounding the temple mount was also closed.

From Jerusalem on I went to the ruins of Meggido (Armageddon, as the bible names the place where the forces of God will finally destroy the army of the Evil) and to the ancient ruins of Bet She’an, close to river Jordan and the border to Jordan. I stayed in Tiberias at the Sea of Galilee at a hotel with a nice terrace overlooking the sea and the Golan Heights, annected by Israel. Behind these mountains, officially still belonging to Syria the forces of Assad and the rebels are fighting each other and the widening “Islamic state”. I found lots of IDF and UN soldiers on this mountain range but the situation seemed to be really quiet and safe.

Further on I travelled to Nazareth and the astonishing, new Church of the Annunciation, went throughout Kana (where Jesus made wine from water) and continued to Tabgha and Capernaum, but I had no success in spawning bread or walking over water. I went to Rosh HaNikra at the border to Lebanon and walked through the grottos within this chalk mountain. After visiting the old crusaders town of Akko (really worth a glimpse) I continued to Haifa (which hasn’t much sights and was really sleepy during Shabbat), took a look at Caesarea – an ancient habour built by Herod – and then went back to Ben Gurion airport, being challenged by a tough security questioning.

All in all a really wonderful trip! When looking back I would only have exchanged one day in Haifa against a night in Eilat at the Red Sea – but as said before I had good reasons not to go there. Israel is only a four hours flight away from Germany and like Tel Aviv is already trending up, the whole country will see more visitors if (what I still dare to hope will happen during my lifetime) the conflict between Israelis and Palestine citizens will be resolved.